Mexico is among the places in the world where sawfishes used to be abundant, but sightings of them in the country have been hard to come by in recent years and difficult to confirm – until last week.

Sawfishes are large rays with long, toothed snouts and they inhabit warm coastal waters. They once lived throughout the world’s warm-water regions, but their numbers have declined so quickly in the past few decades that we are no longer sure where they occur. Research projects are now under way to clarify their current distribution. Scientists fear that many of the places where sawfishes used to live may not have any left at all.

This is what prompted Océanos Vivientes, a Mexican NGO dedicated to the research and conservation of sharks and rays, to do a survey of these rare and strange-looking fishes in Mexico – the first one ever – and to speak to fishermen about when last they saw such a fish in their catch. They called it Project Pristis Mexico.

Led by Ramón Bonfil, executive director of Océanos Vivientes, the team travelled the country looking for evidence of sawfish: past sightings, memories of old fishermen, photos, sawfish remains. After speaking to 800 fishermen on all three of Mexico’s coasts, it returned with results that were bleak. ‘Most fishermen reported having never seen a sawfish dead or alive, and those who did were mostly about 60 or 70 years of age,’ said Ramón, indicating just how long ago sawfishes became rare in Mexico. 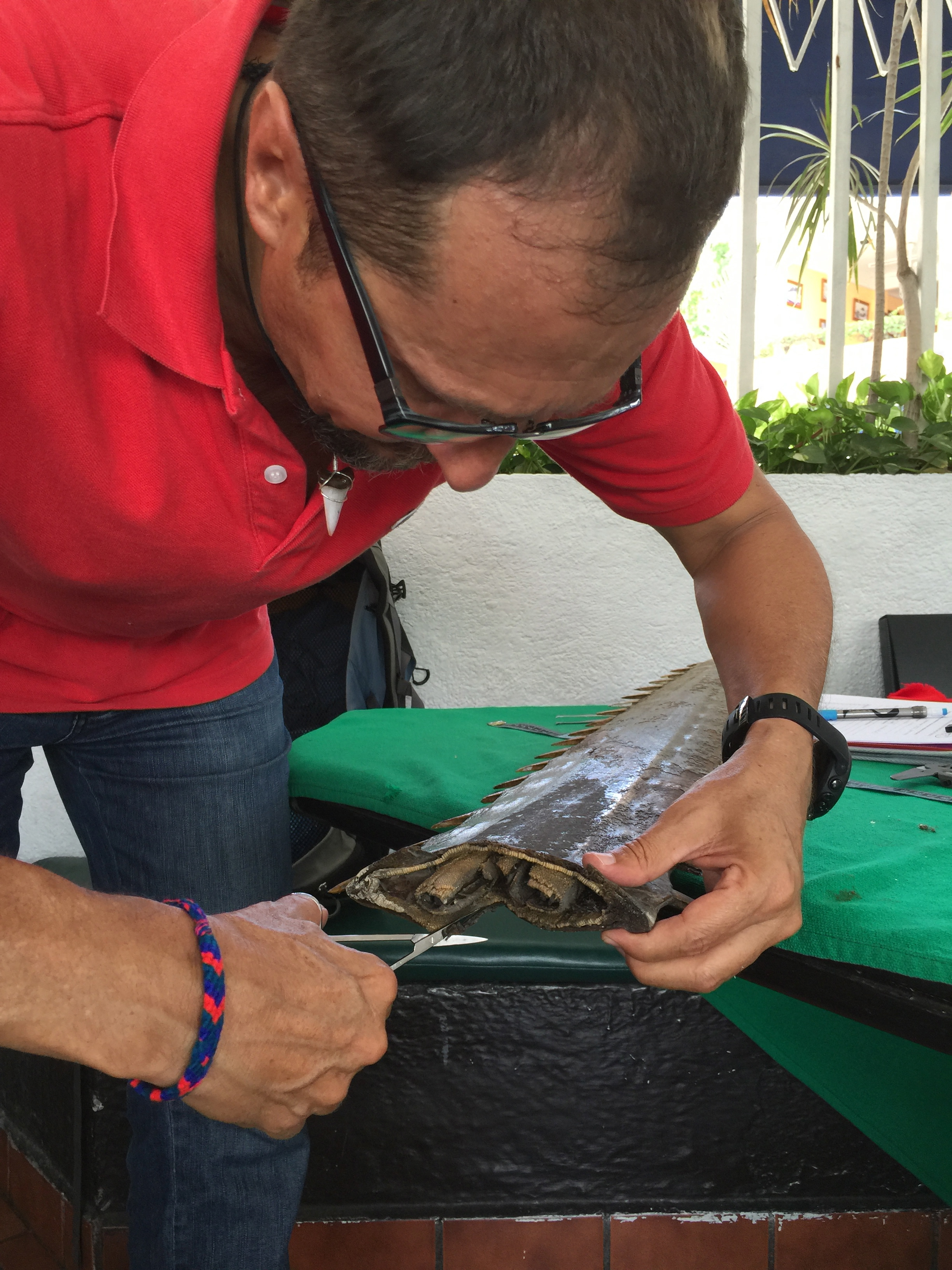 The information Ramón and his team gathered during the initial part of the survey did not offer much hope, but they persevered. Along the way they established grassroots connections with local communities, encouraging fishermen to report sawfishes to Project Pristis Mexico if they saw or caught one.

And six months in, they did. 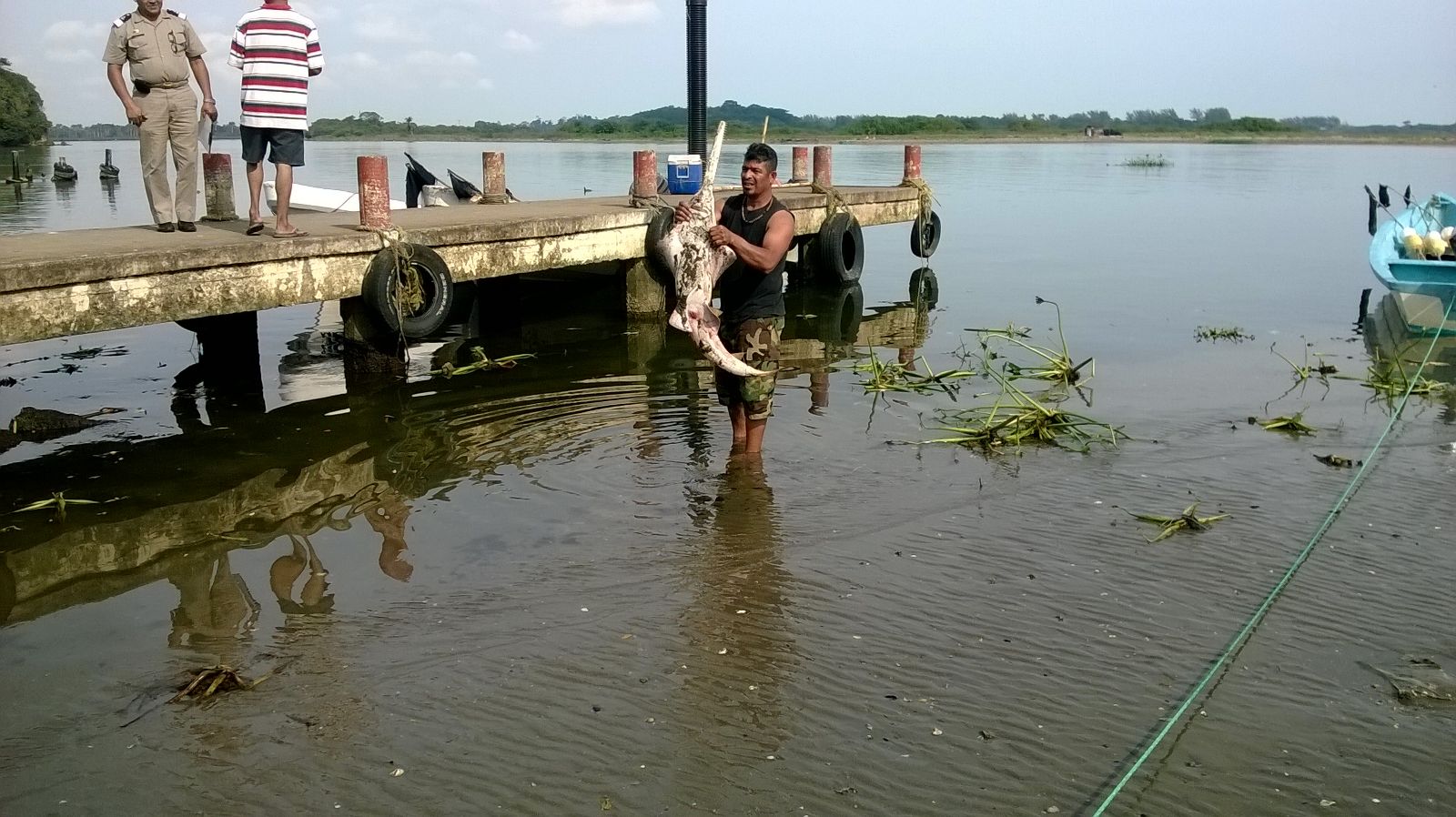 The female sawfish was about 1.5 metres long and she had been caught in a gillnet by a fisherman who reported her capture. Thanks to his efforts, she was kept alive and Project Pristis Mexico was able to transport her successfully to an aquarium where she will hopefully be the first recruit in a new breeding programme for sawfishes in the country.

This young sawfish represents so many good things for her species and for the country. Her capture means not only that sawfish still exist in Mexico – despite the initial results of the survey – but also that a breeding programme could be initiated and that the work of Project Pristis Mexico in setting up a reporting system has clearly paid off. 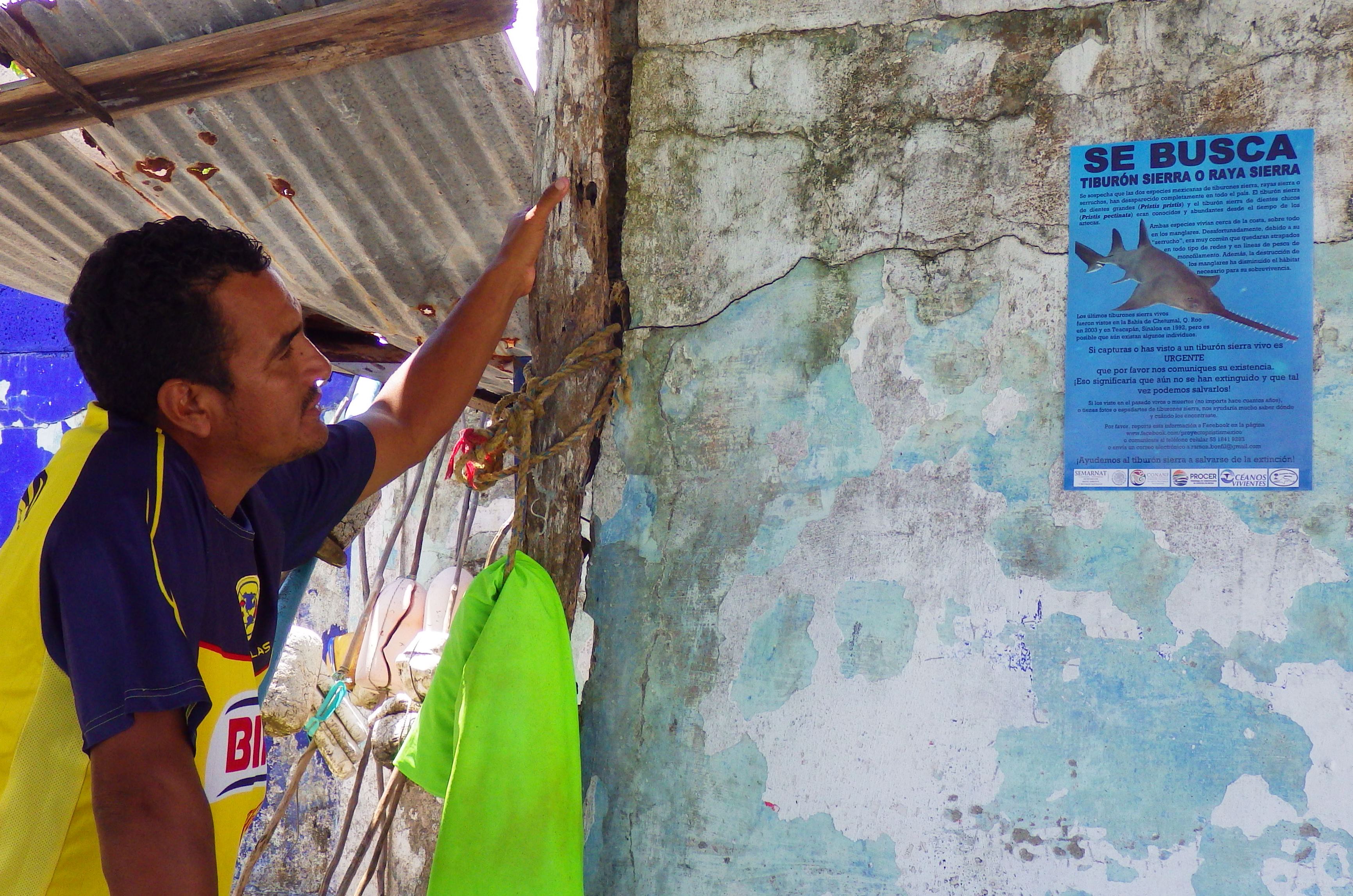 The next step is to ensure that sightings like this grow in number rather than continue to dwindle. It is wonderful news that sawfishes are still alive in Mexico, as it means there is the opportunity for a recovery – and that’s what Project Pristis Mexico wants to see happen.