The Antinea Changing Oceans Expedition – a ten-year adventure through the world’s most important marine eco-regions aimed at publicizing information on the state of our oceans – is currently in the Egyptian Red Sea, and they have some troubling news on the state of the local reefs:

"Our aim was to understand how human pressure was affecting the marine ecosystem. We were prepared to dive on some destroyed spots. But as I told you in my last email, we discovered that the impact was much bigger than what we expected. We were quite shocked by what we saw!"

Even the isolated "far south", near the Sudanese border, has not escaped the effects of damaging fishing methods:

"The reefs we found there were indeed in a much better state than what we experienced before. But far from pristine!!! Even in this remote region dynamite fishing has destroyed the reefs and the life that depends on them. Very little fish and big scars in the coral… Ali, who dived there only 3 years ago for the last time did not recognize the place! No more sharks or mantas… very few big fish." 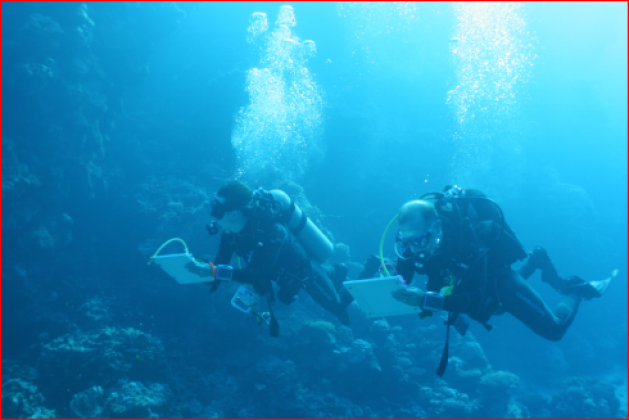