The Sharks of West Bengal

Sushmita is working closely with fishers along the coast of West Bengal, from the border with Bangladesh to the mangroves of the Sundarbans, to collect information that will help her understand the catch composition of sharks and rays at fish landing sites. She hopes to fill the gaps in what is known of their life history and identify population dynamics of the elasmobranchs of the region, as well as potential threats to them. 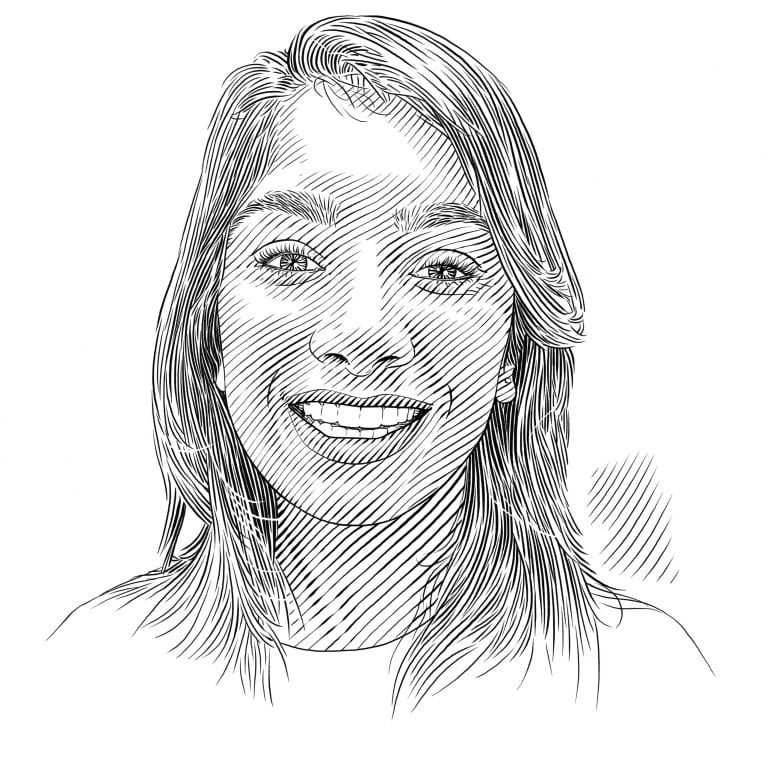 Growing up, I would watch documentaries about the ocean and its marvellous inhabitants with my father before bedtime. I was so mesmerised by these amazing organisms that live in the ocean. My curiosity about sharks really developed when I snorkelled with them on a family vacation at the age of eight. My family and I were on holiday in Langkawi, Malaysia, when I saw my first shark, a juvenile blacktip reef shark that had come towards the shore to feed. Instead of discouraging me, my parents supported my appreciation for marine life by allowing me to experience these creatures in...

This project aims to characterise patterns in elasmobranch catches landed by fisheries in West Bengal, with a focus on Rhinopristiformes. This information will be used to inform management by describing life history characteristics of commonly landed elasmobranchs, highlighting Rhinopristiformes and assessing their productivity through demographic assessments.

West Bengal is part of the Bay of Bengal Large Marine Ecosystem encompassing a dynamic estuarine system. It is home to one of the largest mangrove forests, the Sundarbans, which provides a unique habitat for many elasmobranch species, especially several Rhinopristiformes. West Bengal also exhibits a complex and diverse habitat of numerous fishers, gear types and landing sites. Currently, no information is available on the age and growth of the commonly landed elasmobranchs, specifically Rhinopristiformes in the region.

Rhinopristiformes are one of the most threatened orders of elasmobranchs due to their slow life history, large body size and use of inshore habitats, exposing them to intensive fishing pressure. This study aims to fill this knowledge gap and understand the life history characteristics of commonly landed elasmobranchs with a focus on the Rhinopristiformes landed in the region, and provide the essential life history information to help refine future management strategies.

The West Bengal coastline, although short (64 km), has great potential to harvest marine fish. Its continental shelf is wide, creating a shallow, muddy bottom, productive habitat affected by tidal currents and large river systems. As of 2012, 6724 tonnes of sharks and rays (elasmobranchs) were harvested in West Bengal. Presence of the world’s largest mangrove forest, the Sundarbans, provides an ideal habitat for many species of sharks and rays. Despite this, elasmobranch fisheries in West Bengal are poorly understood. Currently, only sporadic reports are available on occurrence of different marine fish species in one landing centre, Digha. A comprehensive study specifically focussing on elasmobranchs is of utmost urgency. This study aims to determine the catch characteristics of sharks and rays landed and understand the effects of seasons on the catch composition.

Several species of elasmobranchs like Ganges shark, Pondicherry shark, Rhinopristiformes (sawfish, wedgefish and guitarfish) and other coastal sharks are known to be landed by fisheries in West Bengal. Most of these species are currently classified as Critically Endangered on the IUCN Red List of Threatened Species. All wedgefish species and giant guitarfish species were recently added to CITES Appendix II in 2019. Life history information available for the region is limited to length weight relationships for other commercially important marine fishes. Baseline information regarding life history characteristics of regional populations of commonly landed elasmobranchs is majorly lacking. We therefore, aim to investigate the age, growth and demography of commonly landed elasmobranchs with a focus on Rhinopristiformes. Understanding the life history characteristics of the populations would provide a foundation for development of effective management strategies for the population.

Kady wants to know how the bacteria and viruses – the microbiome communities – that live in the bodies of all animals may be influenced by pollution and what role that might play in evaluating the health of stingrays (and other sharks and rays) that often swim in contaminated waters. She is looking at the change in the microbiome community in stingrays across both polluted and unpolluted reaches of Georgia’s coastline in the USA.