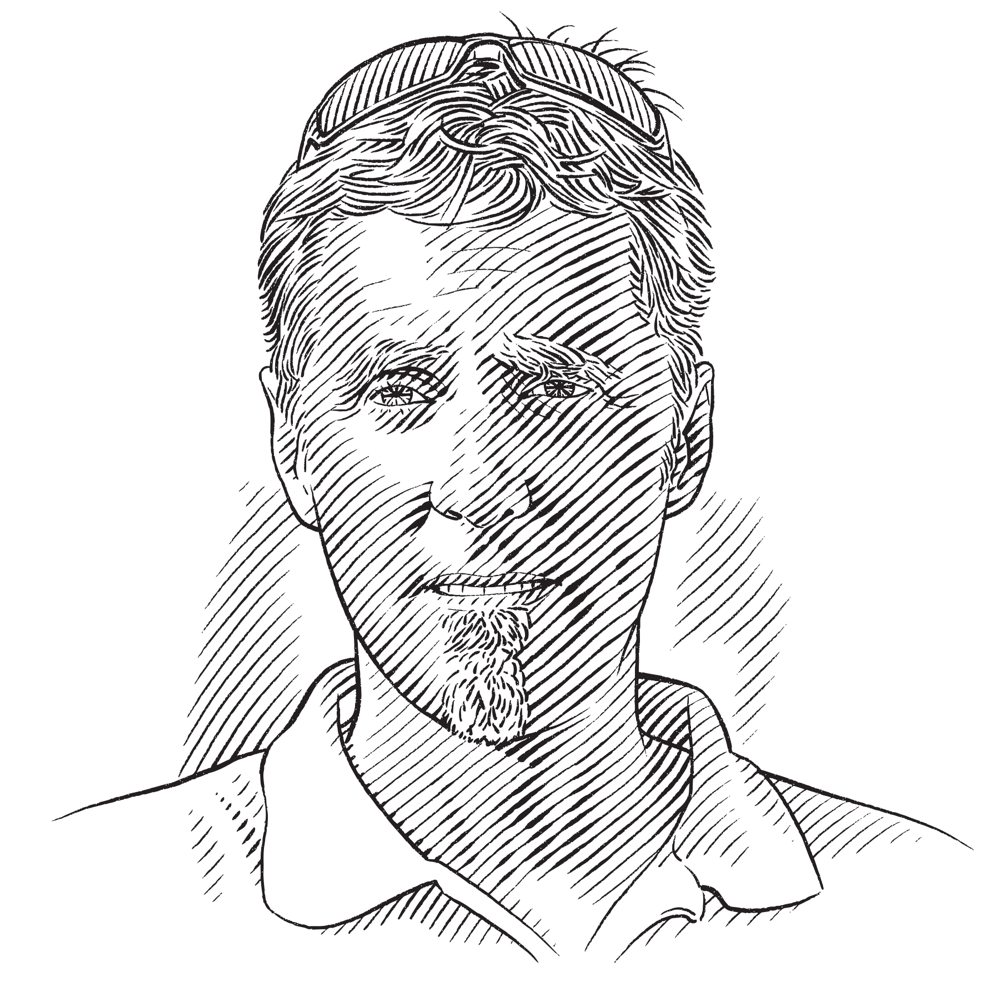 I grew up on the west coast of Canada and started free diving and spearfishing at a very young age. Pretty much everything that I loved involved the sea: surfing, free diving, spearfishing, sailing. My father taught me to free dive, and he also taught me to respect the sea. ‘If you’re going to spend time in the sea,’ he said, ‘it’s your responsibility to protect it.’ For more than 40 years I have been moved, impassioned and motivated by my love for the sea. Although I always tried to have a positive impact on the environment, as the years passed I started to notice big changes in the different ecosystems I was diving in. I felt I needed to do more to look after them – but what could I do? In 2005 I chanced upon competitive free diving, taking part in a small competition and ending up qualifying for the world championships. Having achieved a top-10 finish in three out of four disciplines, I decided that I would apply myself and see what I could really do. By the end of 2006 I had gained a top-2 ranking in several disciplines and was the top-ranked male at the world championships. Now, I thought, sponsorship money will flow – how wrong I was! As I continued to excel at competitive diving I realised that I might be able to leverage my free-diver status to make a difference. In 2008 the Malpelo Foundation in Colombia invited me to put my breath-hold diving skills to use by tagging sharks. It needed the information it could glean from tags to better protect the highly migratory scalloped hammerhead shark. From there I started to look at how I could offer even more help. Since many research expeditions were being cancelled due to lack of funds – in some cases there was not even enough money to buy tags – my wife and I decided to look for funding. We finally found a foundation in Geneva, Switzerland, that was willing to provide finances on a small scale on condition that we set up a non-profit organisation. That is how the Watermen Project was created. I have kept a high profile on the competitive free-diving scene because breaking records draws media attention and can thus be a useful tool. I found that I was able to leverage my title as holder of the world record for free-diving to shed light on the plight of sharks. This was particularly relevant when I was in Australia in December 2013, having been asked to promote the IMAX 3D film Great White Shark. Two fatal shark bites coincided with my trip and, needless to say, I had to answer many questions from journalists. Being a world-record holder opens doors, and I take the opportunity to educate the public and dispel common misconceptions about the unfortunately vilified predators that are sharks.

I am lucky to work in many different parts of the world’s oceans: Guadalupe Island and the Revillagigedo Archipelago in Mexico, French Polynesia, South Africa, the Bahamas and Mozambique, as well as Colombia’s Malpelo Island, are just a few of the locations. ‘Work’ is a term used loosely, though, as at the moment we are volunteers and are not paid to do the tagging, organising or a myriad of other tasks.

Since 2008 the Watermen Project has been supporting research around the globe by buying tags, receivers and other gear and by putting tags on sharks for researchers. The work I do involves many things: looking for funding, reviewing research proposals, seeking the right fit for our tagging methods, photographing and filming sharks, organising expedition boats and, of course, placing tags on sharks. Every shark species presents its unique set of challenges. Some, like the scalloped hammerhead, are extremely shy and pose little risk to our safety, whereas others, such as the great white, can take a bite out of you if you are not careful. The project we have been working on at Guadalupe Island since 2009 involves placing acoustic tags on great whites. Shark biologist Dr Mauricio Hoyos was unable to tag them from a boat because they would not approach close enough for a clean shot. We started from scratch to develop a protocol to film and tag the sharks safely on a single breath of air. This kind of tagging requires 100% attention at all times, as the great whites will sense any lack of focus or lapse in concentration and will come in for a closer look from an angle you are not expecting. Although challenging, work such as this is always rewarding. In the 2012–13 season we were hoping to tag more sharks than we had in previous years and it was wonderful that the Save Our Seas Foundation was willing to offer financial help to purchase more tags. The tagging of great white sharks at Guadalupe will continue in 2014 as our research advances, and I look forward to a continued partnership with the Save Our Seas Foundation.

Imagine diving hundreds of metres into the depths on one breath. Now imagine using this ability to tag great white sharks in the least harmful way possible. William uses free-diving to help scientists tag different shark species around the world.