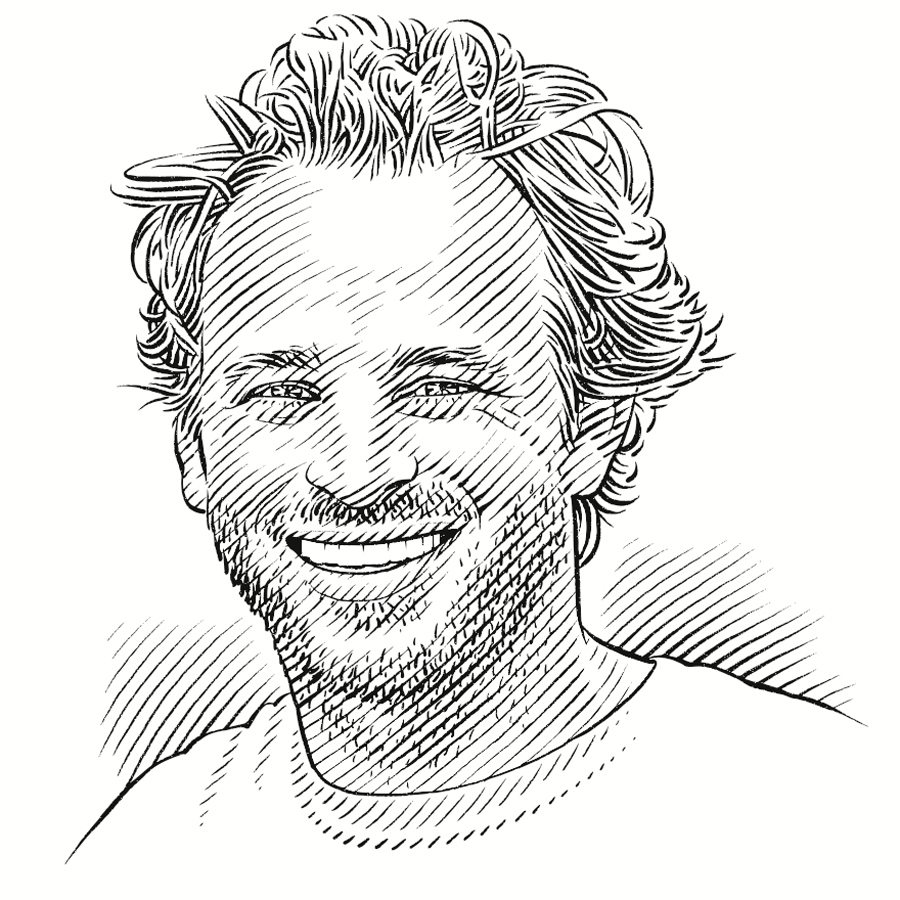 I have always had an extraordinary passion for sharks. I have been utterly mesmerised by them for as long as I can remember. That probably sounds extreme, but sharks have always been part of my life and being in the water with them is where I feel most inspired. I was first introduced to animals and marine life by my granddad. He and I would explore the textures and creatures of our garden and he would tell me about the birds, bees, trees and leaves. He had a voice like David Attenborough’s and I was utterly captivated by his every word. Granddad bought me my first fishing rod and together we would head out to catch supper, though if I caught a fish I had to prepare it for Nanna to cook. So at the age of seven I caught, killed and gutted my first fish – a somewhat daunting experience for a youngster, but an important first lesson in acknowledging life and the earth’s precious resources. Granddad lit my imagination further when he described an experience during World War II. His aircraft crashed into the sea off Malaysia and as he and another survivor swam to shore they watched a shark ‘with a dorsal fin as big as a block of flats’ circle them confidently and with curiosity. He told this tale with such animation that it inspired me to seek similar experiences for myself. Fast forward 10 years to when I finished school and applied to the University of Leeds for a BSc in zoology. The admissions officer and I discussed the gap year I had organised in Africa, and I believe my yearning to do something exciting with my life persuaded him to offer me a place. So in January 2001, at the age of 18, I departed for six months of coral reef surveys in Madagascar and terrestrial biodiversity transects in Tanzania. I had some unbelievable encounters with wildlife: I held a giraffe weevil, got stung by scorpions, climbed Mount Kilimanjaro, had a worm growing in my foot, swam in the middle of a school of barracuda and, most amusing for everyone else, had siafu (army ants) swarm over my legs and genitals after I had stepped on a trail of them. Inspired by my year abroad, I returned home brimming with excitement to begin my first year at university. By the start of year two I had secured an undergraduate dissertation project with leading behavioural ecologist Professor Jens Krause. Together we investigated how attacking predators (pike cichlid) single out individuals of a differing colour or size within a group to overcome the confusion effect (of multiple targets making it difficult to pinpoint one). This was my first exposure to experimental design, and to this day I love the challenge of exploring an exciting phenomenon with novel experimentation – like my study on social learning in sharks. After university I travelled to New Zealand and then Tonga, where I completed my scuba Dive-master. Soon afterwards I made the best decision of my life – to be a volunteer at the Bimini Biological Field Station, also known as Shark Lab, in the Bahamas. I arrived at Bimini in January 2005 with the ambition to conduct my PhD research with the lemon shark as a model. Under the academic guidance of Professors Jens Krause and David Sims, I set out to investigate the species’ social organisation and behaviour. My field supervisor was Professor Samuel Gruber, who has had a huge impact on improving our understanding of sharks and their conservation management. In 2010 I completed my PhD and flew out to Australia to collaborate with Dr Culum Brown at Macquarie University on investigating cognition in Port Jackson sharks. At the end of 2011 I heard that Professor Gruber was looking for a new director to continue his legacy at the Shark Lab and in January 2012 I returned to Bimini to take up that post.

In addition to founding the American Elasmobranch Society and the IUCN Shark Specialist Group, Professor Gruber created a unique research facility at Bimini that provides experiential opportunities for young scientists to further their careers and knowledge of marine life. To this day, Bimini Shark Lab is an industry leader with informative outreach, effective conservation, creative research and high-impact publications that I am proud to be a part of. Since returning here, I have loved the opportunities and experiences afforded me, such as leading shark biology courses for universities worldwide; designing research projects like the one on the great hammerhead; coordinating the PIT tagging programme held every June; and travelling far and wide to represent the Shark Lab.

The great hammerhead is one of those sharks that, as a silent hunter, exudes charisma, mystique and power. Its distinctive, oddly shaped head and exquisite sensory capabilities make it one of the earth’s most remarkable creatures. Yet despite its prominence among the ocean’s greatest predators, we know very little about its biology and behaviour. Even more worrying is that we suspect substantial population declines have occurred throughout its range as a result of fishing. What’s more, hammerheads are the second-most abundant species group in the international trade in fins, and great hammerheads in particular are sought for their large fins. In March 2013 great hammerheads were added to CITES Appendix II (which allows strictly regulated trade) and were categorised as Endangered on the IUCN Red List. Locally, the declaration of a shark sanctuary in the Bahamas in 2011 prohibits commercial shark fishing, and there is a similar ban in Florida state waters. However, great hammerheads are still at risk in US federal waters and even a measure such as prohibiting the keeping of a shark after capture would not be effective as this species has the highest at-vessel mortality rate (about 90%). So how can we reduce great hammerhead captures around the world? It is crucial that we understand more about the species’ movements, habitat use and behaviour. Do they use migratory corridors? Are there spatial hotspots? Are the populations in the USA and the Bahamas connected? This is what I am trying to do.