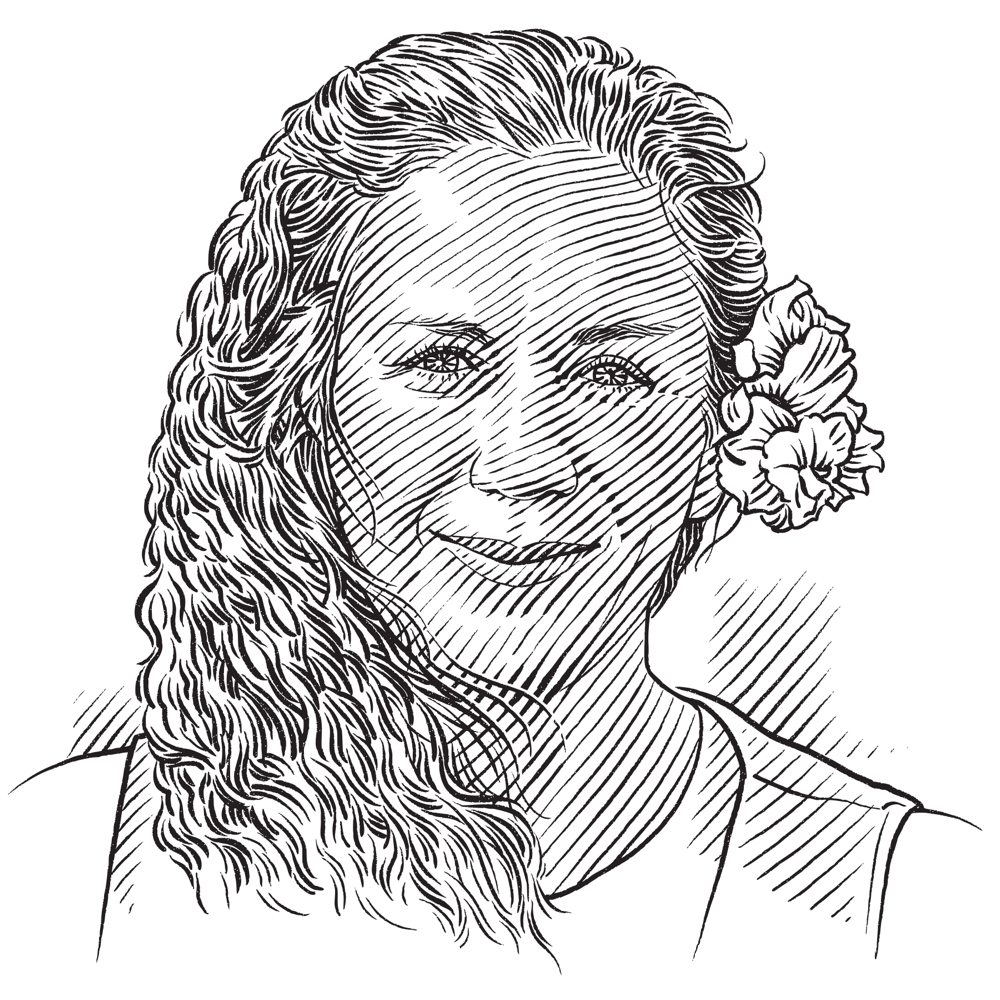 Having spent my early years travelling around the world, learning different languages and diving in different oceans, I have developed an immeasurable appreciation of the marine environment and its delicate ecosystems. Two decades ago, my husband Navot and I sailed with our two toddlers from Florida to Palau, an island of the Micronesia group in the western Pacific Ocean. We made our home on the island in 1993 and had two more children. I soon acquired a deep love for the culture, flora and fauna of this island nation. The realisation that sharks are badly treated locally and internationally, and that little is known about many of the species, led me to establish the Micronesia Shark Foundation (MSF) in 2002. I am the president of MSF and the owner and general manager of the Fish ’N Fins dive centre and the Ocean Hunter live-aboard scuba fleet.

Among the projects I am involved with is one that takes education about sharks into schools. I developed a programme that appeals to island children and for the past five years have travelled with a dedicated team to all the elementary schools in Palau. With the programme as a model, the team has also visited the islands of Yap and Pohnpei in the Micronesian region. ‘Finny the Funny Shark’, the lead actor in the programme, has become a popular mascot at local schools. I got together with talented local youth and created two children’s books that deal with protecting sharks. With the help of the Save Our Seas Foundation (SOSF), we hand out the books to all fifth-graders in Palau and on the neighbouring islands.

Through MSF I initiated the first shark study in Palau, which collected, distributed and analysed data that could be used to protect sharks in the region. Micronesia’s first shark count was part of this, whereby tour operators and volunteers recorded the sharks they saw and noted other information, such as the species, gender and markings of the individual and the depth and water temperature of its location. Working with government organisations, we used the results to assist with shark protection. Collecting DNA samples, documenting illegal shark finning in Palau and developing shark count procedures also led to the compilation of a significant amount of data, which was recognised as valid citizen science and formed the basis of a scientific paper. In partnership with the Australian Institute of Marine Science (AIMS) under the leadership of Dr Mark Meekan (also a member of the SOSF scientific team), MSF has been conducting various shark studies in Palau. Over the past couple of years these have included: an analysis of habitat use by grey reef sharks; fitting five sharks with depth-sensor tags to better understand the depth distribution of sharks; identifying individual sharks for population demography studies by means of a new non-invasive technique; and reef surveys in Koror State Southern Lagoon and of Eastern and Northern Reefs, and a comparison of the results with those from the survey of South West Islands reefs in June 2012. We have also published a study entitled ‘Socio-economic value of reef sharks as a non-consumptive resource in Palau, Micronesia’, and launched a documentary about the problem of illegal fishing in remote parts of Palau and the resulting decline in reef sharks. Our ongoing community monitoring programme continues to thrive, with close to 4,000 shark count sheets having been returned by ecotourism operators over four years. And we continue to work closely with the Palau government on shark protection issues. Looking ahead, MSF aims to maintain its efforts to protect sharks in Palau and Micronesia. Without government and community support, the region’s healthy shark population could vanish very quickly.

Meet Finny the Funny Shark. He works with Tova and has a pretty exciting life travelling around the islands of Palau, Yap and Pohnpei teaching school children about other sharks that live in the region.

Palau was the world’s first shark sanctuary. Tova and her team have spent years researching the region’s vibrant shark communities.