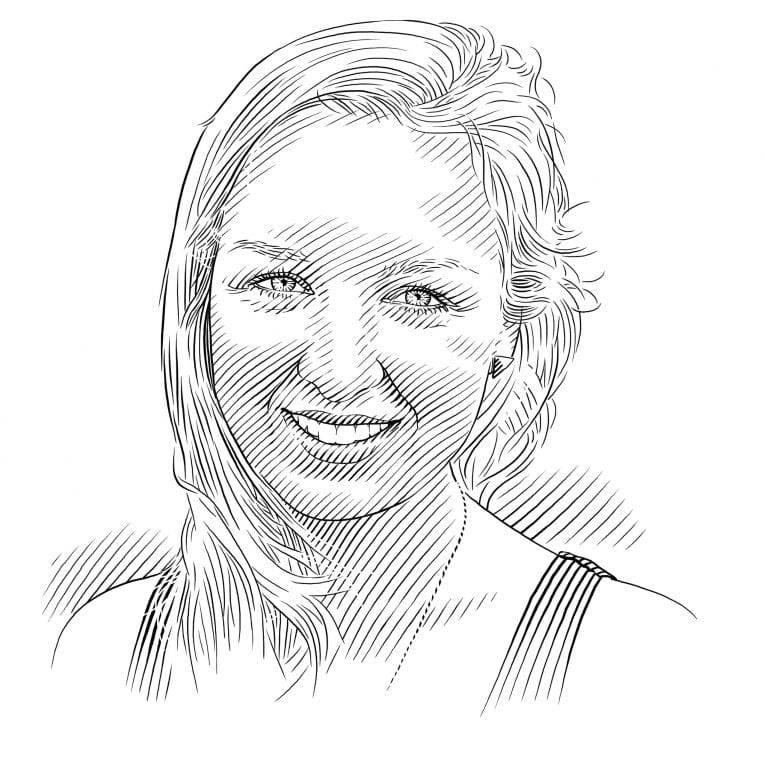 Of all the different parts of the ocean, I have always felt most connected to the North Sea. It’s the place where my parents met, where my family went on holiday every year and where I searched relentlessly for fossilised sharks’ teeth on the beach. Although I’ve loved the ocean and its inhabitants for as long as I can remember, I never thought I would end up working in marine conservation. I decided to study biology just a few weeks before finishing school, mainly because I was fascinated by genetics. After taking part in an expedition to the Azores, I got hooked on marine biology. I loved being on boats, observing marine life, discussing animals’ ecology and conservation; and it got even better when I discovered the field of conservation genetics.
I went to the Caribbean for an internship in shark research, but actually fell in love with sharks’ less popular relatives, the batoids – skates and rays. Ever since, I have been mesmerised by their diversity in appearance and ecology. Though I enjoyed the white beaches and warm waters of the Caribbean while studying stingray genetics for my Master’s, my heart drew me back to the cold and rough seas I’m used to. I found my way to the north-eastern Atlantic, where I now work with a Critically Endangered batoid species, the flapper skate.

On a normal day, you’ll find me in the genetics lab surrounded by pipettes and reagents. But occasionally I do make it out into the field to collect samples from my study species. As the flapper skate has been eradicated from large parts of its original distribution, most of my trips take me to one of its last refuges, the west coast of Scotland. Local anglers have been providing insights into the presence of a flapper skate population off the coast of Argyll, and a marine protected area was established here to protect the species from common threats such as becoming by-catch in trawl nets. But this is not only a marvellous spot for skates. As you go out to sea on an angling boat in late summer, the unique landscape of Scotland unfolds before you in a beautiful way. The untouched coastlines of several islands are inhabited by seals and birds, the sun shines between the mountains of the highlands, and around the corner appears the idyllic town of Oban, which I call home in these times.

My aim is to contribute to the conservation of endangered ray species. Currently, we are trying to learn more about the movements of the flapper skate and how they affect its genetic diversity. When populations decline, there is the possibility that small populations stay isolated and no longer mix with others. This can result in inbreeding, as closely related animals may mate with each other due to the lack of other potential mating partners. This can have a severe impact on the health of the population. Moreover, it is possible that the current marine protected area only protects a small proportion of the species’ genetic diversity. In populations where the animals have different and diverse genetic makeup, there is a higher probability that some of them will be able to cope with changes to their ecosystems, ensuring the long-term persistence of the species. To investigate these issues, I am revealing family relationships between the animals, using what is essentially the common paternity test. It enables me to explore if mating partners, siblings or whole clans are commonly in the same area or if they can be found in different places.