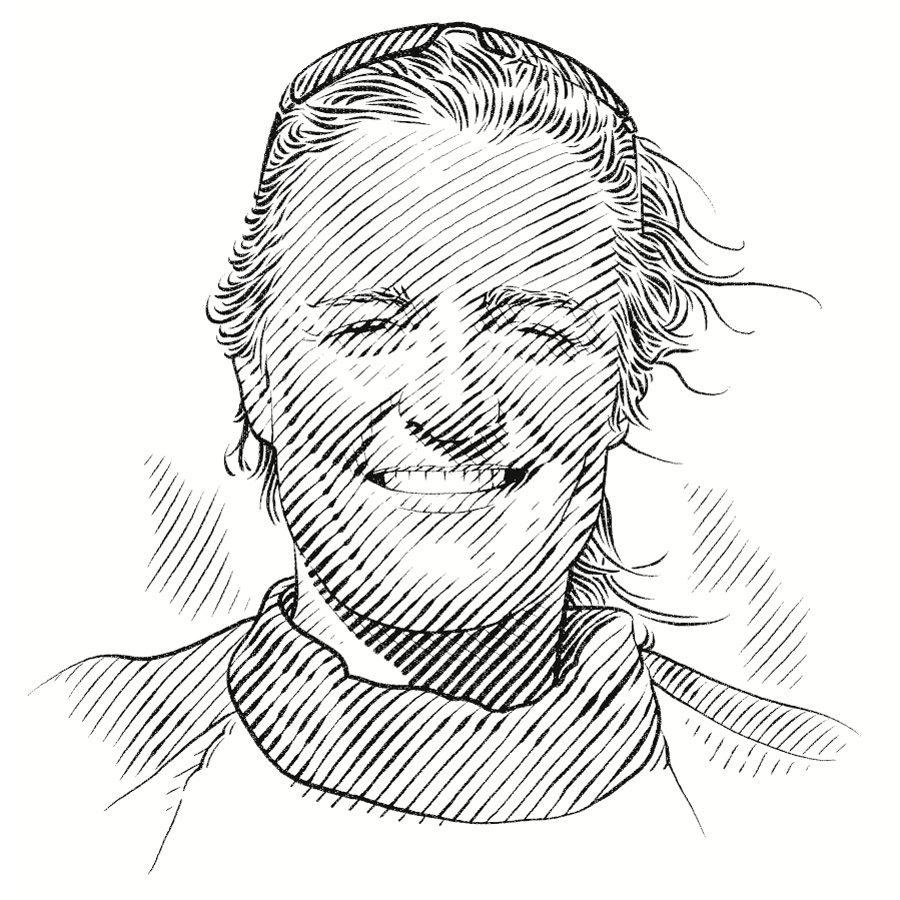 Having grown up in the ‘deep south’ of the Cape Peninsula in South Africa’s Western Cape, I think I was always destined to become an advocate for the conservation of the creatures I share my surroundings with. My playgrounds were unspoiled beaches, dunes and coastal fynbos forests. I learned to swim before I could walk and quickly developed a fascination for the otherworlds below the waves. I recall winter days when I snorkelled in the cold water of False Bay for an hour at a time and came out of the water shivering and blue. Then I’d spend hours in the library learning about the mysterious creatures I had seen. The sea was – and still is – my sanctuary, my church, my life’s love.
After an unfulfilling career in pre-school teaching and restaurant management, I joined the Cape Peninsula University of Technology’s Fisheries Resource Management National Diploma programme at the ripe old age of 32. Returning to academia and working nights and weekends was a challenge I accepted enthusiastically. It’s easy to study what you love!

In 2010 I joined the South African Shark Conservancy (SASC), a small non-profit organisation based in Hermanus, Western Cape, as an unpaid volunteer. Four years later I am still happily working there. I don’t need to tell myself that I am living my dream; I’m reminded every day when I arrive at work, when I come into contact with the shark, skate and ray species I have the privilege of researching, when I see the awe and amazement on the faces of the children who enter our facility.

Recreational fishing is extremely popular In South Africa: of about 2.5 million sport and recreational anglers, roughly 850,000 participate in rock and surf fishing. Within this sector, an undetermined number of fishermen catch and release elasmobranchs (sharks, skates and rays). Some do so simply for their own enjoyment; others compete in angling tournaments.
In recreational fishing for elasmobranchs, the bag limit for caught-and-retained sharks is 10 per day (of any size). For catch-and-release fishing, however, there is no bag limit and anglers may take (and return to the water) as many ray-finned fish or elasmobranchs as they wish every day of the year – there is no closed season.
In 2007 it was estimated that the recreational fishing industry contributed approximately R18.8-billion per year to the South African economy, which is possibly as much as 80% more than the contribution of commercial fishing. Both commercial and recreational inshore fisheries target (or take as bycatch) the identical species complex. However, as the populations of species that were traditionally valuable to commercial fisheries have dwindled due to overfishing and unselective fishing practices (such as trawling and long-lining), commercial operations have begun to target less valuable species. Unfortunately, sharks, skates and rays constitute a large majority of these.
What does this mean for shark conservation? Consider the following:

With these questions in mind, the SASC began its RecFishSA project.
We didn’t stumble onto these questions of our own accord. In 2010 the South African Shore Angling Association (SASAA), the governing body for competitive recreational rock and surf angling, expressed to SASC its concerns about a perceived decline in the number of sharks caught, a reduction in the sharks’ size and changes in species composition (the species now being caught were different to those that used to be caught).
In December 2010 SASC began tagging the sharks, skates and rays caught and released at SASAA angling tournaments. It proved to be a valuable opportunity to collect information such as how long the elasmobranch fought on the line, how long it spent out of the water and where the hook went in, which helps us to determine what stresses the individual endures in the catch-and-release process. Biological data (its species, sex and maturity) are recorded too and a genetic sample is taken in the form of a small fin clip. A simple spaghetti tag is then fitted, and the information gained if the same individual is caught again adds to our knowledge of the species.
Although much research has been carried out on commercially important species as well as on bycatch from long-line and trawl fisheries, very little is known about the impact of catch-and-release fishing on sharks, skates and rays. What we do know is that the post-release survival rate differs from one species to another, as each reacts differently to the trauma of being caught.
During one of the first competitions we attended, we asked about 150 anglers to complete a survey on what they knew about sharks and how they felt about fishing for them. A large part of the RecFishSA project is to educate anglers so that they can make informed decisions when they are fishing and give their quarry the best chances of survival. From the survey’s results we developed the Responsible Angling Clinic (RAC), which is available to all SASAA anglers in the Western Cape.
Many of the fishermen at angling events are well informed and care about sharks, skates and rays, and we have noticed a definite improvement in angling and handling techniques. Invariably, the least invasive methods are used to target, land and release the catch. Observing positive change over such a short period makes the RecFishSA project so worthwhile and rewarding.
To date, the team has tagged more than 20 elasmobranch species along the South African coast. Most are listed as Data Deficient, Near Threatened or Vulnerable by the IUCN, which makes it all the more imperative to learn as much as possible about the threats to these ecologically important predators. Spending time close to them is one of the most exciting parts of our research; each field trip is an adventure.
The RecFishSA project has received funding from SOSF since 2012.