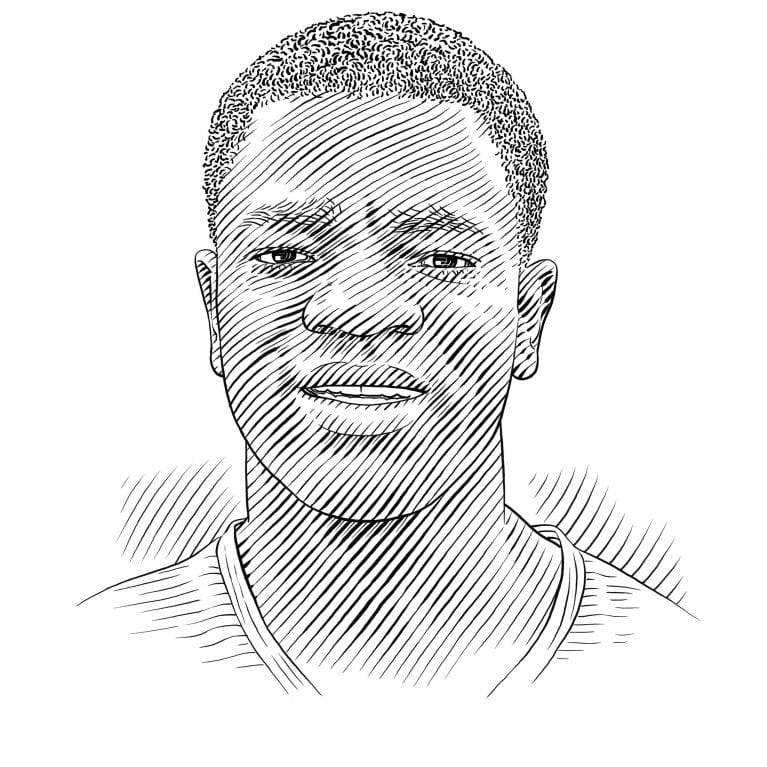 I am a young and emerging leader in shark and ray conservation in Ghana. My career goal is to initiate ecological research and conservation programmes that lead to positive impacts on sharks and rays in West Africa. I have been fascinated by sharks since my childhood, but my initial fear of them prevented me from making a career of studying them until July 2016. That was when I went on holiday to Dixcove, where the local fishermen target mostly sharks to earn their livelihoods. While there, I accompanied the fishermen on their fishing expeditions and regularly saw sharks in the ocean, to the extent that my fear disappeared. The increasing scale of shark finning, the high rate at which sharks were targeted and landed with no thought for conservation, and the horrifying scenes of them being butchered at the landing sites ignited my determination to launch a pilot study on them. To my dismay, there was no information about Ghana’s elasmobranch species and this, coupled with the high risk that many would go extinct, increased my desire to study them. Shockingly, of the 74 Ghanaian elasmobranch species, almost half are threatened with extinction (listed as Critically Endangered, Endangered and Vulnerable) and one third of the species are assessed as Data Deficient. There is so much to learn about Ghanaian elasmobranchs! In an effort to fill the gap in our knowledge about these species, I decided to combine my activities at AquaLife Conservancy and my PhD studies to focus specifically on researching them and spearheading conservation efforts to protect them in Ghana.

I am the founder and team leader of AquaLife Conservancy, which was started in 2017 by young students at the Kwame Nkrumah University of Science and Technology in response to increasing threats to aquatic biodiversity in Ghana. AquaLife Conservancy is now a legally registered Ghanaian NGO dedicated to the conservation of marine and freshwater biodiversity. We focus on all animals, both large and small, in marine and freshwater ecosystems and we design and implement practical conservation actions to save them from extinction. The conservancy is currently undertaking a number of conservation projects to protect both freshwater and marine species in Ghana. One of these is the ‘shark project’, which seeks to determine which elasmobranch species occur, the parameters of their populations and their long-term population status in Ghana. It also aims to garner community support for elasmobranch conservation via public education and outreach programmes. We have conducted two workshops and are training students at the Kwame Nkrumah University of Science and Technology in the protocols for sampling and monitoring sharks and rays at fish landing sites and markets. We are also undertaking a project to spearhead the conservation of an endemic, endangered catfish and other freshwater fishes in Pra River Basin. This project has so far collected detail information about the catfish and other fishes in the river basin and trained seven students in the protocols for monitoring and sampling freshwater fishes. The project has also directly engaged 17 communities around the basin and educated them in best fishing practices, as well as built the capacity of selected local fishermen in alternative livelihoods options (specifically beekeeping and rearing snails and mushrooms).

The project supported by the Save Our Seas Foundation seeks to investigate the population parameters and temporal patterns of shark-like rays and also assesses to what extent artisanal fishers in Ghana depend on these rays for their livelihoods. Ghanaian elasmobranch species are in a precarious situation because they are increasingly being overfished. I have witnessed how eager fishers are to increase their catches, which has led to the widespread use of excessive fishing gear. I have also noted with dismay massive habitat degradation, including the dumping of refuse and the mining of beaches along the coast. This will be a landmark project that enables us to foster close relationships with the fishing communities and instill positive changes in their behaviour towards sharks and the conservation of marine habitat. We will use this opportunity to educate and create awareness about best fishing practices that safeguard sharks and rays, and also garner the communities’ support for sharks and habitat conservation. At the same time, we will conduct an intensive survey of shark-like rays, including wedgefishes, sawfishes, guitarfishes and other sharks of conservation concern, at fish landing sites and markets. We will also train grassroots fishers in shark research and conservation in order to collect long-term citizen science fisheries data on sharks and spearhead their conservation in the fishers’ communities.

Project
Filling in the gaps for Ghana’s shark fisheries