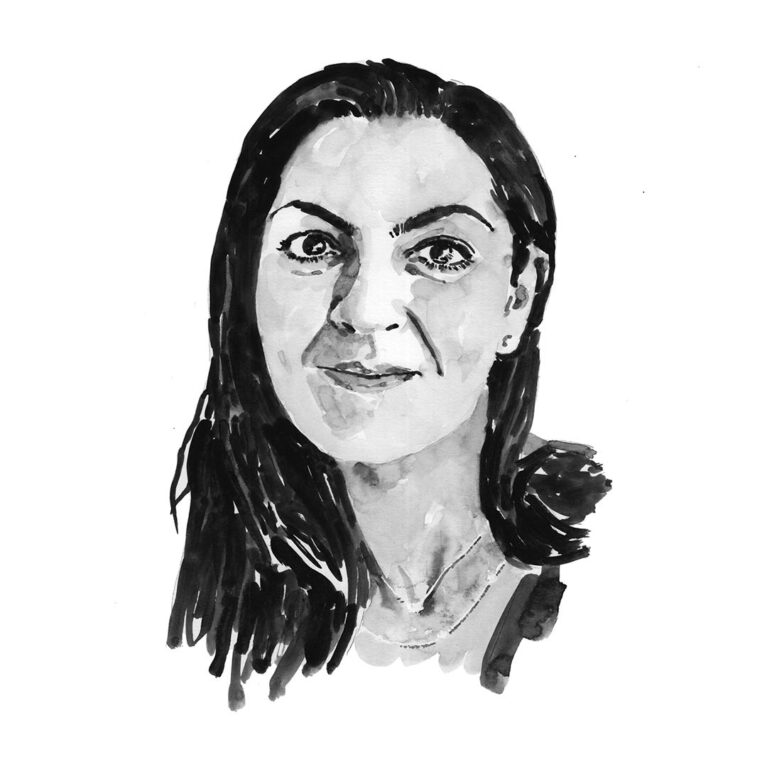 My earliest and happiest childhood memories are of being on the beach in Greece, where I grew up. I remember being fascinated by all things marine and very quickly became obsessed with sharks, doubtless from a combination of watching the Jaws film series and often seeing shark meat sold in supermarkets. But all I knew then was that I wanted to learn everything I could about them and I bought every book I could find. More than 30 years later, I am probably even more in awe of sharks and realise how much more we need to learn about them.
I started my path in this field by volunteering for several projects around the world, including a study focusing on great white sharks in Gansbaai, South Africa, and one on lemon sharks in Bimini, The Bahamas. This passion for sharks and rays eventually led to a PhD investigating shark fisheries in the United Arab Emirates (UAE). I now wear many hats and serve as the chair of the IUCN SSC Shark Specialist Group. It has been a long and interesting journey and I am so glad that my work allows me not only to travel the world to meet and collaborate with fellow shark conservationists, but also to contribute to the conservation of these species. My connection with the ocean and its creatures keeps growing stronger and I hope that in the long term my work will have led to an improvement in the conservation status of sharks, rays and chimaeras.

I am based in Dubai in the UAE and have been here for over a decade. I lead or supervise several fisheries-related projects being implemented in the north-western Indian Ocean and western Africa. These projects focus primarily on gathering data about species diversity, biology and the impact of fisheries on sharks and rays. I am also increasingly trying to understand how to tackle the challenge of bycatch and the ever-changing dynamics of trade, while at the same time working at the interface of research and policy.
The two key projects I am currently working on relate to the development of the Important Shark and Ray Areas (ISRAs) tool for spatial planning and the compilation of a global report that focuses on the consolidation of information about research and policy priorities for sharks, rays and chimaeras at national, regional and global levels. I am leading both these projects in my role as chair of the IUCN SSC Shark Specialist Group, but they have been made possible – and are being implemented globally rather than at a specific location – only thanks to the contributions and involvement of members and other contributors from around the world.

Over the past 15 years, the core of my work has focused on trying to understand fisheries and their impact on sharks and rays. My PhD research on shark populations along the UAE coast of the Arabian Gulf was the first long-term research project to be completed on sharks and rays in the region and led to the development of the Elasmo Project. My initial goal was to understand the nature of the interactions between fishers and these species. I wanted to know how many sharks and rays were being captured in the artisanal fisheries, their sizes, sex ratios and distribution and the types of gear they were most vulnerable to, as well as the socio-economic aspects of the trade in marine products. I worked closely with local fisher communities and interviewed them to understand the characteristics of fisheries. I also visited landing sites and fish markets, trying to collect information about species diversity, and I measured, sexed and collected genetic samples from as many specimens as I could. Although I still visit these landing sites to collect as much fisheries-dependent data as possible, my students are now the lucky ones spread out around the world doing this type of fascinating work. Instead, I work more closely with governments and NGOs to raise awareness of the status of sharks and rays. I have been involved in many training and capacity-building initiatives to improve the collection of fisheries data, have developed tools for data collection and the identification of species, and have supported policy development while pushing for the conservation and management of species. As I try to encourage change in the management of these species and ensure that meaningful measures for their protection and conservation are implemented, I have launched the ISRAs project as a spatial planning approach for the conservation of sharks, rays and chimaeras and to promote the development of a global report on the research and policy priorities for these species. This work is less in the field and more in front of my computer, facilitating the network of IUCN SSC Shark Specialist Group members who are graciously giving their time and expertise to support these projects and their implementation. Luckily, we also get to meet face to face from time to time and this is where the real collaboration take place.