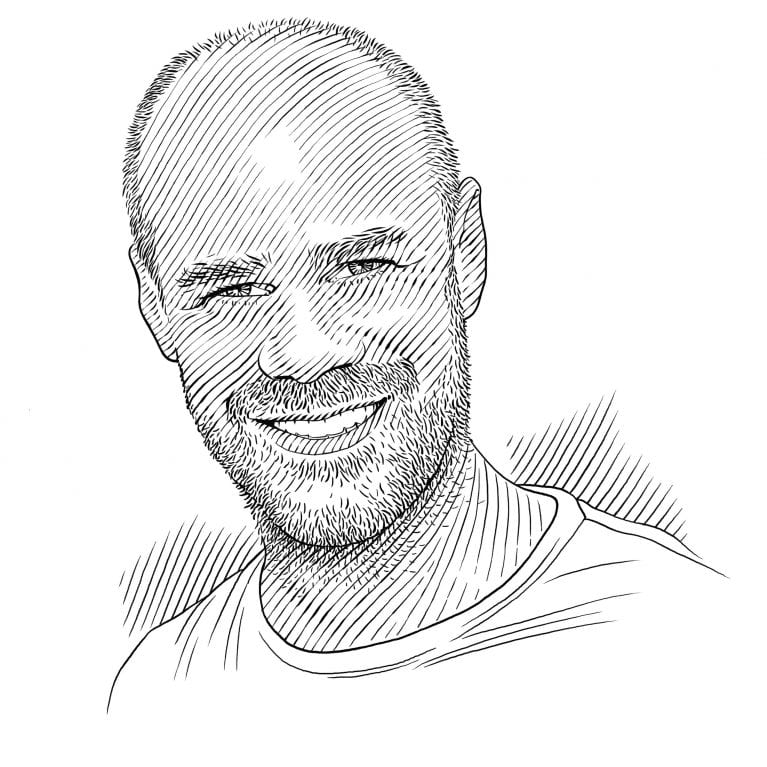 I’d love to say that I grew up with an innate fascination for ocean physics, but I didn’t. I’ve always loved to be in and, even better, under water, but it was only after my first university degree that I started to become fascinated by what makes the oceans move and how these currents affect both the climate and the behaviour of marine animals and organisms. An MSc in marine science from the University of Plymouth in 1998 got my foot in the door to study for a PhD in the Netherlands and then on to Seattle for a post-doc starting in 2005.
In 2007 I settled back in Plymouth, where I’ve been able to follow my passion for understanding how ocean currents impact the foraging behaviour of marine animals and how coral reefs survive in a warming ocean. That’s the focus of my research at the moment: why do internal waves, which are like waves at the sea surface but exist inside the ocean and break over submarine slopes just like their surface cousins break on beaches, create the conditions that lead to sharks aggregating over the drop-off around sea mounts? And why are some surface reefs healthy whereas others nearby are completely bleached?

As an observational physical oceanographer, I go to sea on research vessels and measure how ocean currents and water properties, such as temperature or perhaps chlorophyll, change in time and space. And then I try to explain why. I’ve worked in most of the world’s oceans, but at the moment I’m focusing on the tropical Indian Ocean and how ocean currents impact on the marine ecosystem that sustains the millions of people living in the region. In particular, surface coral reefs in the Indian Ocean are in a worrying state, with bleaching becoming increasingly frequent and widespread. This is unlikely to be alleviated in the near future because global warming is a long-term process that can’t be reversed in just a few years.
There are, however, glimmers of hope. Firstly, in some places the surface coral remains healthy despite nearby reefs being bleached. What is enabling some reefs to thrive while others die? Secondly, between depths of about 30 metres (100 feet) and 150 metres (490 feet) there is the mesophotic reef, which exists in the ‘twilight zone’ where there’s just enough light for photosynthesis to occur but, because temperature decreases with depth, the cooler water protects the coral from bleaching. These deeper reefs could play a critical role in resupplying larvae to the bleached surface corals, but only if currents are able to transport the larvae up the slope from the mesophotic reef to the surface.

My research with the Save Our Seas Foundation will focus on D’Arros Island in the Seychelles, where we’ve seen evidence that internal waves are generating pockets of resilience throughout the surface reef by flushing the coral with cold water in some places but not in others. This process has been tentatively explored by the scientific community, but a definitive link would enable us to develop a much more coherent, and scientifically based, framework for monitoring and prioritising the most important reefs for protection, based on how likely they are to survive warming events.
Beyond their cooling effect, the same internal waves can transport larvae from the deeper part of the mesophotic reef up its slope. That’s the other part of our research at D’Arros: we’ll look for evidence that the mesophotic reefs resupply, or repopulate, bleached surface reefs. We’ll deploy oceanographic moorings that house temperature sensors and acoustic current meters to measure currents and the amount of particles in them, which may include coral larvae. We’ll use a remotely operated vehicle to assess the health of the reef to a depth of more than 100 metres (330 feet), far beyond where divers can reach.