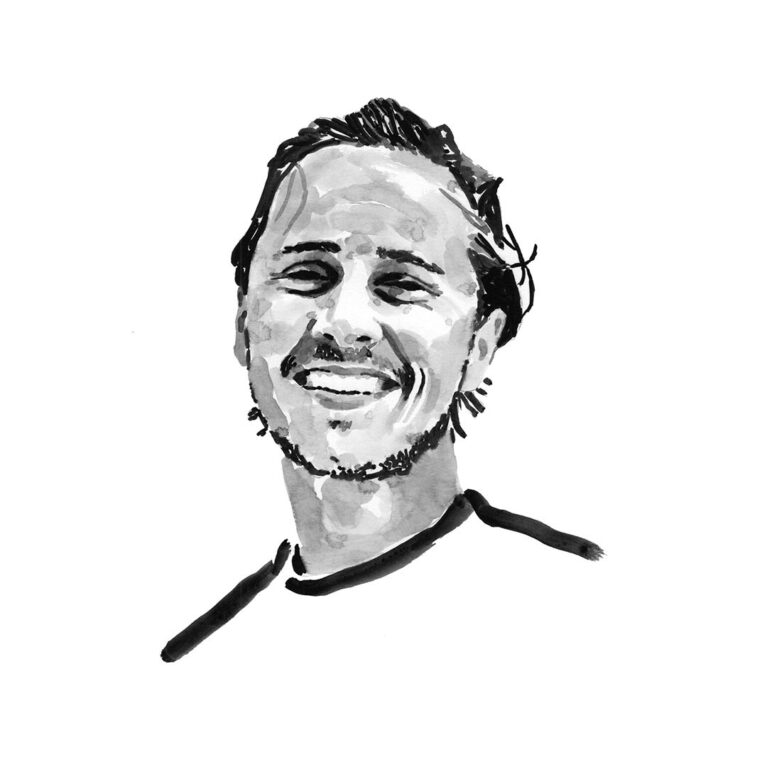 Kentucky is probably one of the stranger places for a marine biologist to come from; the closest access to the ocean was about a nine-hour drive east. Nevertheless, I always felt drawn to the ocean, even though I grew up so far away. I was fortunate enough to spend summers at the beach along the east coast of the USA, summers that sparked my interest in the ocean at a very young age. There was always something to see just below the surface – fish, crabs, jellyfish, sharks – and all of it such a mystery to me as a child. I think these mysteries were the main driver of my decision to follow marine science. To that end I undertook a BSc degree at the College of Charleston in Charleston, South Carolina, followed by an MSc degree in marine biodiversity and conservation from the EMBC consortium based at Ghent University, Belgium.

My dreams really started to take shape during the time I spent at the Bimini Biological Field Station, or ‘Shark Lab’, under Dr Samuel Gruber and Dr Tristan Guttridge. The Shark Lab gave me the opportunity to sharpen my field skills, my critical thinking and, above all else, my love for the ocean. Now I am lucky enough to be starting a PhD on an enigmatic group of sharks, the sawsharks.

I am beginning my PhD with the Marine Ecology Group at Macquarie University in Sydney, Australia. This lab is one of the world leaders in sawshark research. Australia is a great location to study these sharks as three species occur here. The two species we are working with are found along the south-eastern coast of Australia. The weather in this part of the ocean can be particularly unpredictable, especially in areas like the Bass Strait. This unpredictable weather and the depth at which these sharks regularly occur are some of the reasons why they remain poorly understood.

Two species of sawshark occur in southern Australian waters: the common and the southern. Although they have been consistently caught as by-catch for more than 90 years, little is known about what they eat, how far they move or even how old they are. We will analyse the movement patterns of these two shark species using PSATs (tags that attach to the animals and record location, depth and other environmental parameters). At the same time, we will continue to use genetic analyses to assess the population structure of each species and to get a better understanding of their reproductive habits. With the help of this grant we will analyse the importance of these two species of sawsharks in the food web of southern Australia by assessing their fatty acid isotopic profiles. Ultimately, we will develop a multidimensional predictive model for these species that will help facilitate the management and conservation of these beautiful animals and other sawsharks on a global scale.