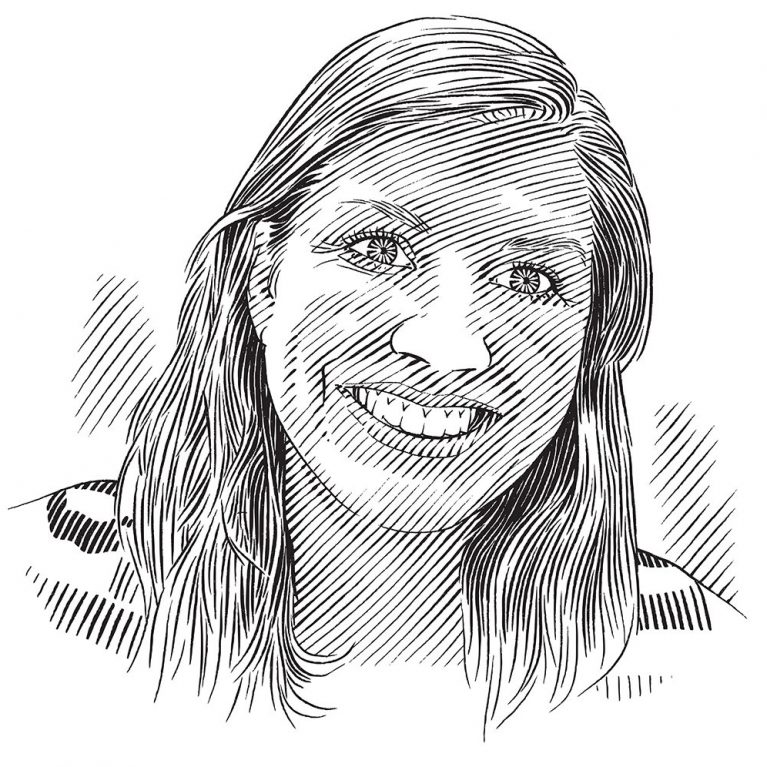 I grew up in a small town in Michigan on the ‘salt- and shark-free’ coast of Lake Superior. I lived more than 1,000 miles from the ocean, yet ever since I can remember I have been fascinated by marine life. At the age of 17 I travelled to Belize and came face to face with sharks and rays for the very first time. I returned home from that trip more determined than ever; I was going to become a shark biologist. A few years later I moved to Australia and attended Murdoch University, earning a double degree in marine science and biology. In 2005, I conducted an Honours research project on the most endangered of the sharks and rays, the sawfishes. It was love at first ‘saw’ and 12 years, a PhD and a postdoc later, I am still studying sawfishes.

I am an assistant professor at the University of Southern Mississippi in Hattiesburg, Mississippi. Despite being located on the Gulf of Mexico, the average Mississippi resident has very little knowledge about marine life. My students and I are developing outreach initiatives to teach the general public why science and the conservation of marine life matter. As part of these initiatives, we strive to educate people about the plight of sawfishes by visiting local schools and participating in community activities. Sawfishes were historically found in Mississippi, but are believed to have gone locally extinct sometime during the 1970s and 1980s. Over the past five years, however, reports of sawfishes in Mississippi and Louisiana have been emerging, highlighting the need for research and public education about sawfishes in this region.

Although I live and work in Mississippi, my research programme has no geographical boundaries. I collaborate with researchers from all over the world, who contribute tissue samples for genetic analysis from locations in the USA, Australia, Mexico, Central America and the Persian Gulf. This is one of the best things about my work: I get to do research to help conserve sharks and rays all over the world, as well as in my local area.

The saw is undeniably the most distinctive feature of a sawfish, but it also makes these animals more susceptible to capture in fishing lines or nets and it is valued as a trophy by recreational fishers. Consequently, sawfishes have undergone substantial declines in range and abundance in the past century, although the evidence for these declines is largely anecdotal. The largetooth sawfish was once widely distributed in the Pacific, Atlantic and Indian oceans, but today ‘healthy’ populations may be confined to northern Australia. Species such as the largetooth sawfish that have undergone drastic declines in abundance tend to have a lower level of genetic diversity, which makes them more susceptible to disease and compromises their ability to adapt in a changing environment. Such circumstances can lead to unhealthy populations that are unable to survive in the long term.