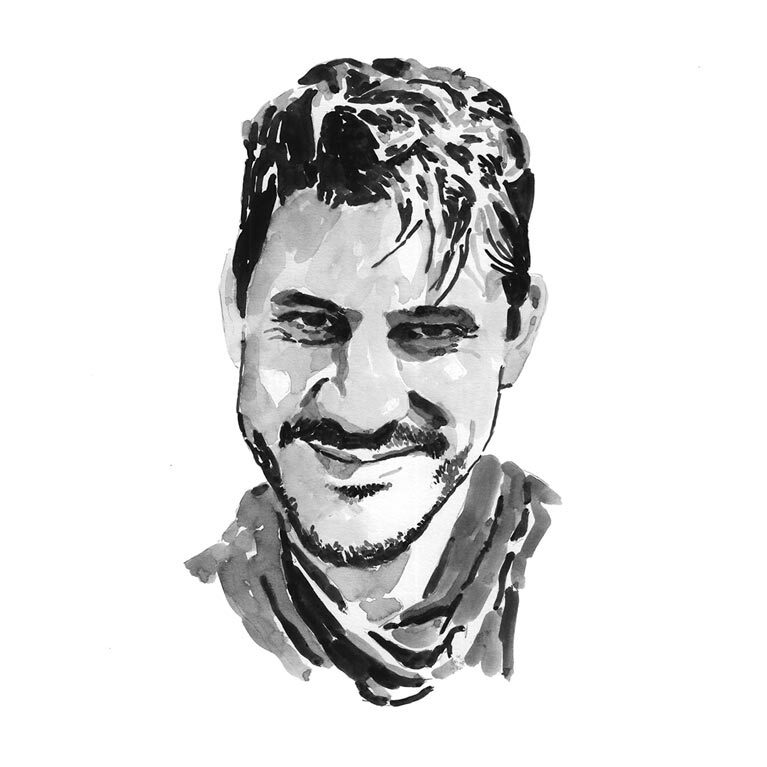 I was born in La Paz in southern Baja California, Mexico, where we are privileged to be surrounded by pristine beaches and incredibly rich marine fauna. As my father was a marine biologist, when my brother and I were young we spent a lot of time at sea, where he taught us to appreciate and protect all marine animals. Naturally, this led me to study marine biology too. But while I really loved field trips and ecological studies, at some point I realised that I was more interested in understanding marine life at a deeper level. So I shifted from field identification guides to micropipettes and started using DNA molecular markers to investigate the population structures of marine species. Later I also began to use omics technologies such as transcriptomics and metabolomics to investigate the physiological capacities of marine invertebrates to respond to environmental pressures. Throughout this time I have been working with many different species, but my motivation has always been the same: to investigate how human activities are affecting marine life. We know that both climate change and pollution are affecting marine ecosystems, but we also need to consider how these two factors interact. Unhealthy populations that have been exposed to pollutants such as heavy metals will be more susceptible to additional environmental pressures, like ocean warming or lower oxygen levels. This motivates me to use new approaches to investigate the vulnerability of marine populations and to provide new and better tools for conservation plans.

The coasts of the Baja California peninsula are a strategic region for marine biodiversity. On the Pacific side, the influences of the California Current in winter and the Equatorial Current in summer create a transition zone where both tropical and temperate marine species occur. On the other side of the peninsula, the Gulf of California also hosts a rich diversity of species and supports some of the most valuable commercial fisheries in Mexico. In addition, more than a hundred elasmobranch species in the region are considered an important resource from an economic as well as an ecological perspective. Many sites along the shores of Baja California are regarded as strategic locations for shark conservation, but artisanal fishing for elasmobranchs has also been an important activity for decades and more than 60% of shark captures around Mexico come from this north-western region.
Overexploitation and habitat degradation have led to a severe decline in local shark populations and up to 12 species have already been listed as threatened, which makes it critical to investigate holistically the health status of these natural populations. The port city of Santa Rosalia, in the Gulf of California, has been the site of decades of copper mining and smelting, resulting in high levels of heavy metals in local sediments and soil. However, this region is also an important base for artisanal squid and elasmobranch fisheries. Therefore this location, with its high levels of heavy metals and proximity to cleaner and healthier areas, offers a unique opportunity to investigate the gastro-intestinal microbiome diversity associated with high levels of heavy metal pollution in elasmobranchs.

Throughout my career I have used different approaches to explore the sensitivity of marine species to environmental stressors such as warming, low oxygen levels, acidification and hydrocarbon pollution, as well as the species’ capacity to respond to them. Particularly in recent years I have been focusing on developing bio-informatic skills for transcriptomic profiling and gene expression analyses (RNAseq). One aspect of my research is the integrative perspective, joining data from the cellular and subcellular levels as well as from physiological indicators at the systemic level. Although I haven’t worked with elasmobranchs before, I have always been fascinated by many aspects of these animals, like their unique immune systems and how they produce certain metabolites with antiviral capacities. Moreover, sharks and rays have a complex trophic ecology: previous studies on the stomach contents of pelagic species like the smooth hammerhead and demersal species such as the giant electric ray have demonstrated that both species usually feed on fish, molluscs, shrimps and other crustaceans. In addition, their diet can change with age or the availability of prey. This raises the question of whether the microbiome of sharks and rays is more complex in relation to that of other marine fish species; and if the presence of anthropogenic pollutants such as heavy metals disrupts this microbiome in such a way that its components can no longer perform optimally, thus limiting their host’s capacity to digest or metabolise.
Supported by the experience of two experts in the trophic ecology of elasmobranchs and one in functional genomics, we intend to shed light on this question by using metabarcoding of the 16S gene. Taking some samples from the Santa Rosalia basin and others from unpolluted sites, we aim to identify potential biomarker microbes as indicators of an unhealthy microbiome in the smooth hammerhead and the giant electric ray.

A healthy microbiome is key to fitness in sharks and rays, but increasing amounts of heavy metals in the ocean could disrupt these microbes and impact shark and ray immune systems. Miguel wants to understand shark microbiomes because impaired immunity will make already threatened sharks and rays more susceptible to environmental stress. His project will sample gut microbes from smooth hammerheads and giant electric rays in the Gulf of California, Mexico. By describing the microbiome in these sharks and rays from both polluted and unpolluted sites, Miguel hopes to understand if heavy metals lower microbial diversity.