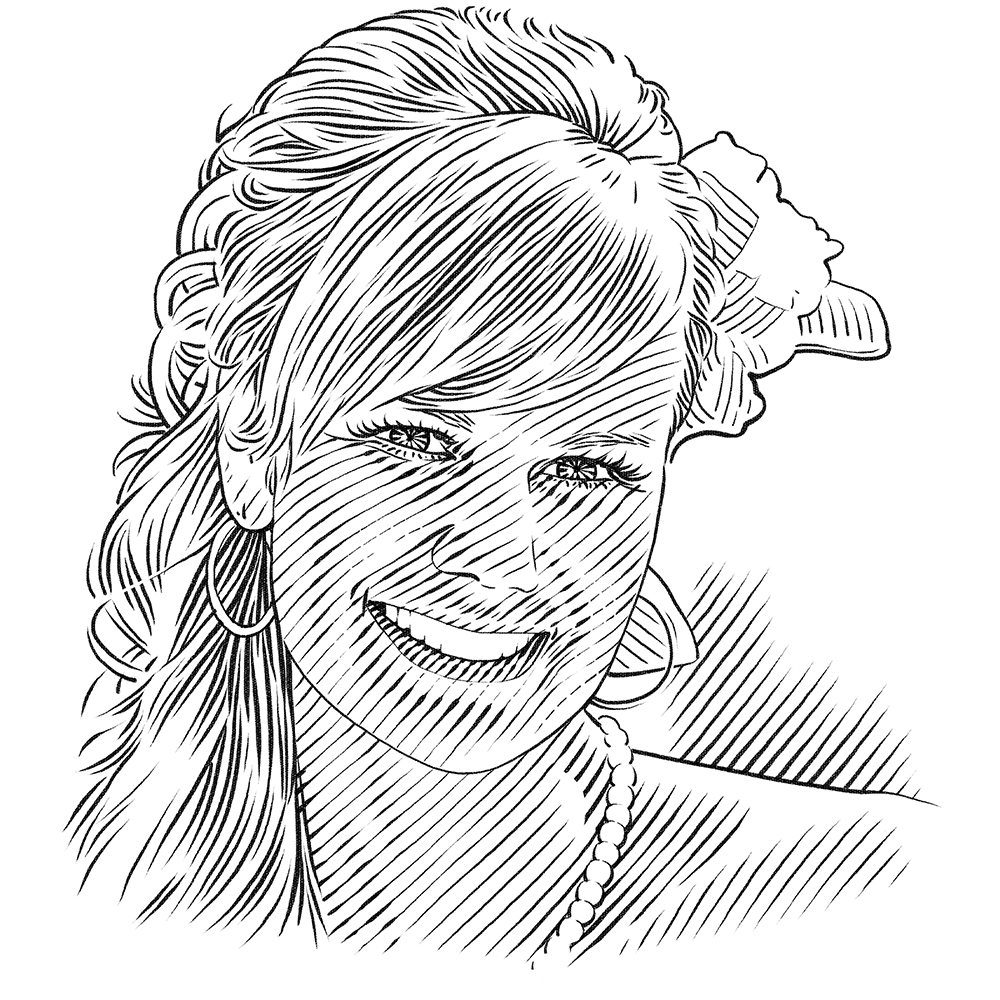 Water – the ocean, lakes and canals – were part of my life when I was growing up in northern Germany, where the white sandy beaches and strong winds off the North Sea make for a rough but beautiful landscape. We lived next to a large lake and I spent much of my childhood sailing on it and the Baltic Sea with my family, who were avid sailors. I also played along the lakeshore, watching grebes disappear under water and guessing where they would resurface. My grandfather loved to tell us the tale of Störtebecker, a famous German pirate who was convicted in Hamburg but managed to free all his men by means of an amazing scheme. Our staple foods were not ham and sausage, the traditional fare in Germany, but smoked salmon, trout and the tiny North Sea shrimp. When I was nine, my godmother gave me a coffee table book about sharks, which I still keep, stained and dog-eared, on my bookshelf. I remember my mother’s surprise when I presented her with a painting of a blue shark I had copied out of it. While my family was happy to sail and swim, I was far more interested in what is under the water. I got my first scuba licence at the age of 14 on the Canary Islands. I vividly remember my first dive: large schools of barracuda, keeping still in the water like arrows frozen in mid-flight; and a playful octopus on my hand, its texture amazingly velvety, more like a cat’s than a mollusc’s. Although I dived often, it would take several more years before I finally saw sharks underwater. My first encounter was with great whites in Gansbaai, South Africa, and I was awed at how calmly they approached the cage and boat, unlike anything I had seen in the media. My next encounter, with a single whitetip reef shark on the Great Barrier Reef, had me wondering why it was so hard to find them! By this time I was studying for a degree in environmental management and had begun to be aware of the impact humans have on the ocean. My decision to channel my passion for the ocean into sharks came during a research project in Honduras, where I was comparing the biodiversity of various reef sites depending on their location inside or outside marine protected areas and their proximity to sea grass and mangroves. Two months, two dives a day, 30 researchers, numerous locations and dive sites – and we could find only one, one single leopard shark, on all the hundreds of dives we logged. Clearly something was going on.

Located on the north-eastern coast of Japan, Kesennuma can be freezing in winter. At 5 am, hopping from one foot to the other to keep warm, I make my way up and down the fishing dock, looking at the catch that comes in. The fishermen group everything neatly by species: long rows of salmon sharks, piles of blue sharks, smaller heaps of mako. These are the three main species targeted by the Japanese pelagic long-line fishery and by a local drift-net fishery in Japanese waters. Occasionally there are also longfin mako, thresher or hammerhead sharks. A multi-species fishery, the long-liners also targeted tuna, but since the tuna population in the Pacific crashed about 15 years ago, the fishermen switched to billfishes and sharks. Previously, the latter were often not much more than by-catch. I chat to the fishermen and shark buyers as I inspect the rows. Where did they catch the sharks? Why are most of the mako sharks juveniles? Which shark species do the buyers prefer and what are they used for? And the most important question: would they be willing to participate in my survey? Later, throughout the morning and afternoon, I interview fishermen and boat owners and go over maps with them, or I talk to shark processors and tour their production plants.

What I learn from these interviews is important if we are to understand the market for shark products as well as the biology and ecology of sharks. Many of the fishermen have detailed knowledge of how sharks segregate by sex and size and can tell me what today’s stocks are like compared to 40, 50 or even 60 years ago. A Japanese long-line fisherman will spend up to 11 months a year at sea, hauling in more than 200 sets per year. Multiply this by decades of work experience and you have a data set and knowledge most scientists cannot rival. It is not always easy to find willing interviewees and the strong local dialect makes communication, which is solely in Japanese, sometimes even harder. But this anecdotal, qualitative data ¬– or ‘soft’ data – can be a valuable supplement to the usual ‘hard’ catch and landing data, which is what we rely on for fisheries management at the moment. In addition to providing new insight into shark ecology, information about where juveniles congregate or when females reproduce can be utilised for conservation management. In addition, a component of the questionnaire indicates whether the fisherman accepts conservation measures such as marine protected areas or seasonal catch limits and is willing to comply with them, or he can even make his own suggestions for conservation. Community involvement in fisheries management can greatly increase compliance and lead to the success of conservation measures.