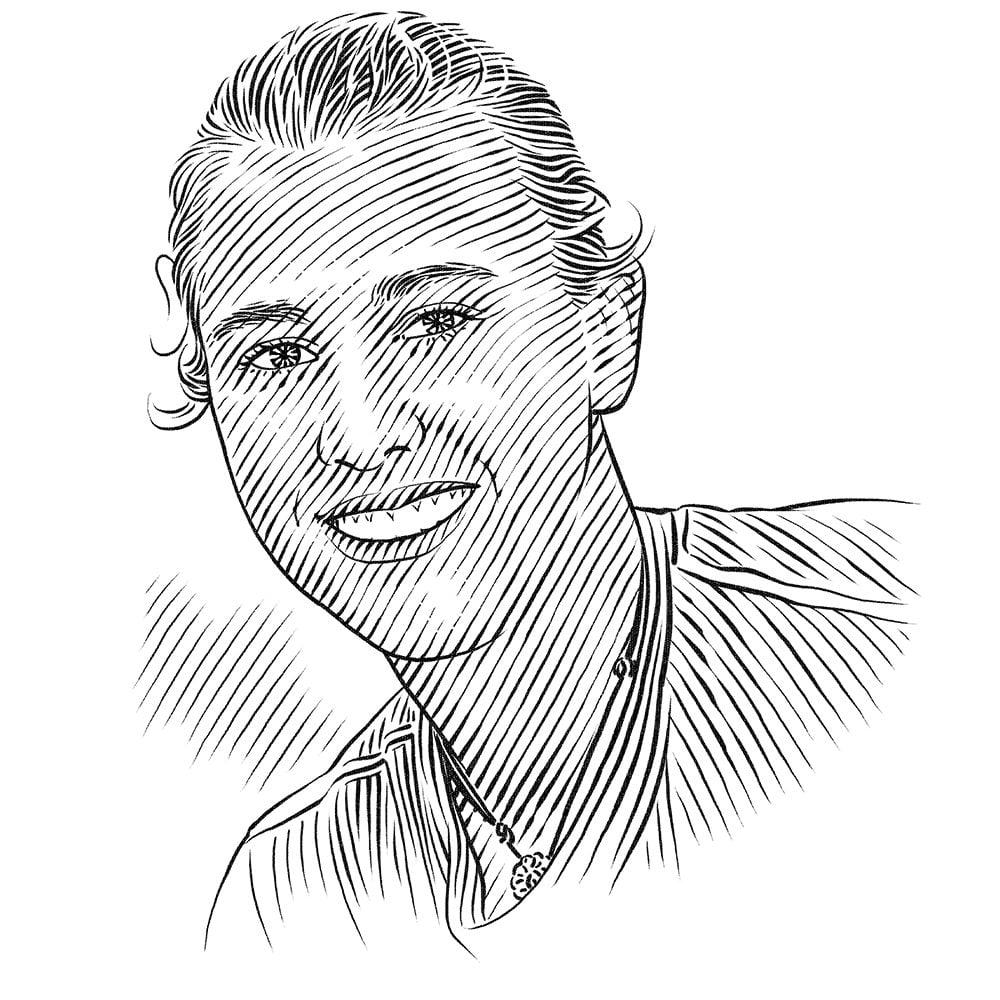 In short, I am a young American marine scientist working with white sharks in South Australia. Although I grew up in the inland of north-western USA, I became fascinated by the ocean and its creatures and, as I became older, would watch every marine series on television and gawk at the alien organisms in the aquarium, especially the sharks. I’ve been captivated by them ever since. I spent several years studying general biology in Los Angeles before I decided to dive in headfirst and move across the world to Australia to pursue my life-long dream of being a marine scientist. Initially I worked as a field assistant, taking every opportunity available to work with the sharks that had sparked my interest as a child. Later I was able to begin my own research as an eco-toxicologist, addressing how toxins accumulate in sharks and what this means for managers and consumers. I have now begun my PhD, investigating the crossroads between the burgeoning shark tourism industry and the structure of the local ecosystem in South Australia’s Neptune Islands.

White sharks command a unique and indescribable fascination. Around the world, television, movies and magazines have elevated these predators into marine superstars, and people want to see them up close. It’s this overwhelming curiosity that has built the cage-diving industry in South Australia’s Neptune Islands. This group of rocky islands juts up out of the open ocean off the southern coast and is home to an array of seabirds and marine mammals. Here, we work alongside tourism operators to get an up-close view of what is happening in the cold and chum-filled waters below the boat, where the sharks glide past cages full of eager observers. Although it offers a mesmerising and awe-inspiring experience, the cage-diving industry remains controversial. White sharks naturally aggregate in the marine reserve surrounding the Neptune Islands, feeding on the large colony of resident fur seals. They come to the islands naturally, but they are drawn to the boat by tuna heads and berley, a chummy tuna fish mince that smells very unappetising – unless you’re a marine predator. Although this attractant is too small to be eaten by the white sharks, it does do two things. Firstly, it is instantly devoured by hoards of waiting fish, and secondly, it brings the sharks in close to the boat to investigate the smelly, splashing centre of activity. Cage-diving appears to be of little consequence to the white sharks, yet changes in their behaviour and movements have been demonstrated. We don’t yet know whether these changes are detrimental, and if so, how? Furthermore, looking at the effect of the industry on the white sharks is just a small snapshot of what could be happening in the local ecosystem.

It is vital that we answer questions about the effects of cage-diving on white sharks and the local ecosystem, but there are also other challenging puzzles to solve. Fortunately, with support from the Save Our Seas Foundation, we are now able to apply state-of-the-art biochemical techniques to these long-standing questions. Our work begins out at the islands, where we partner with cage-diving operators to get as close as possible to the sharks, enabling us to get a small biopsy from the animals as they swim by the cages. We then take the tissue back to the lab, where it undergoes lengthy chemical processing to remove and measure a range of fats and oils. This is where everything we can’t see out at the islands comes to light, and it all comes back to the age-old saying ‘you are what you eat’. These biochemical results are able to tell us many things, starting with how much fat the sharks have stored for energy. The animals gather around the Neptune Islands to feed on the fatty fur seals, but instead they spend the day chasing bits of bait around the cage-diving boat without actually catching anything. We have effectively put these white sharks on a low-calorie, cardio-intensive exercise plan. Beyond assessing the energy costs, the oils are able to tell us what the sharks have been eating. These results provide us with vital information about whether the sharks are changing what they eat, especially if that change is from blubbery sea lions to the fish used for bait. It’s imperative that we assess what is happening directly to the white sharks everyone has come to see, but it is equally important to determine what is happening to the other creatures that make up the diverse ecosystem of the Neptune Islands. The white sharks may shun the berley mix, but a multitude of other organisms are eating it. Again, we are able to employ biochemical tools to find out whether, and how, the industry may be affecting the diets of the fish, rays and other marine animals. Stay tuned for exciting, adrenalin-filled updates from the field and equally fascinating briefings from the laboratory (maybe less adrenalin, but no less exciting, I promise!).

Many scientists rely on tissue samples to do their work, but getting hold of them is time-consuming and expensive. With Shark Share Global, researchers will have access to an online database of samples from sharks and rays around the world.