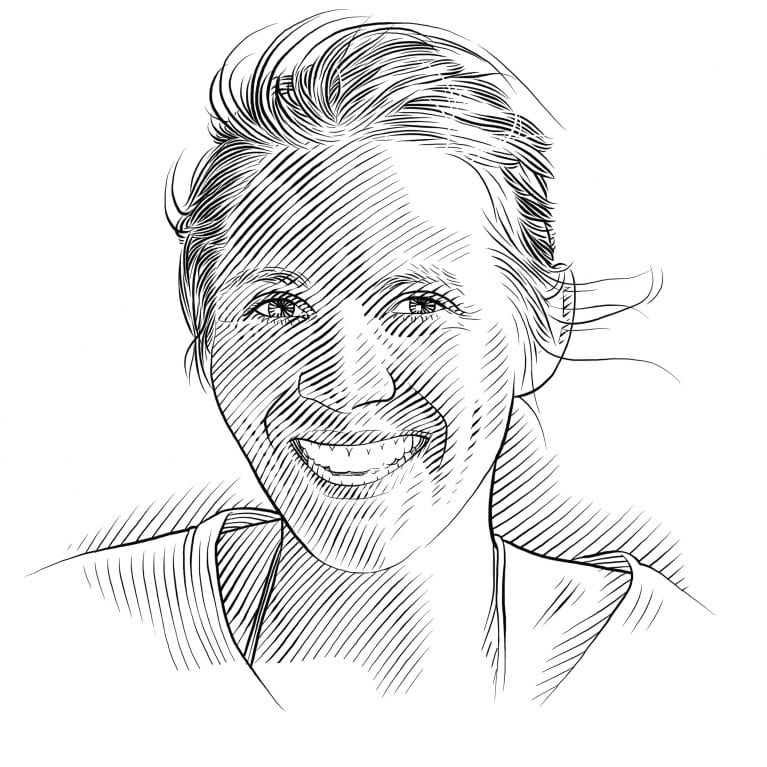 I’ve loved water ever since I was a kid. Back in England, my parents used to struggle to get me out of the bathtub. When my dad was eight years old he watched a documentary about mountain gorillas and has loved them ever since. Like father, like daughter: when I was eight I watched a documentary about crocodiles and sharks and fell in love with them both. But quickly (after a week) I realised that my fascination for sharks and the ocean was more intense. I read all the books, watched all the documentaries and dragged my family around any aquarium I could nag them to take me to. That passion never waned, so I decided to pursue an undergraduate degree in marine biology. But before embarking on it I thought I’d better make sure I wasn’t scared of sharks when face to face with them in the water. So I went to South Africa and volunteered to work with white sharks (go big or don’t bother, I thought). Well… I ended up loving it! I completed my undergraduate degree and went on to volunteer, and eventually do my PhD research, at Bimini Biological Field Station in The Bahamas. During that time I learned a lot, including that being on or in the water always makes things feel better (particularly if there’s a shark or two involved!).

I am a postdoctoral researcher based at the Fisheries Ecology and Conservation Lab at Florida Atlantic University’s Harbor Branch Oceanographic Institute. My research takes me to both the east and the west coasts of Florida, where I study different species of large marine fish. With the help of the Save Our Seas Foundation small grant, I’m working in the Indian River Lagoon, a subtropical estuary that spans 40% of Florida’s Atlantic coast. It is an important habitat for many animals, including multiple species of sharks and rays. However, this area is also subjected to significant human-related disturbance, such as boat traffic, fishing and nutrient run-off.

For this project I am looking at the impact of harmful algal blooms (HABs) on the activity of juvenile bull sharks in the Indian River Lagoon. HABs occur when concentrations of algae grow out of control. In doing so, they can have harmful effects on animals that reside in that body of water, as well as humans living nearby. The Indian River Lagoon is one of the most species-diverse estuaries in the USA, but in recent years it has experienced reoccurring HABs. These are expected to continue until effective management strategies are established to mitigate them. The lagoon is also an important nursery for bull sharks, but very little is known about how the juvenile sharks respond to the blooms. We are using accelerometers to give us insight into their response. These devices can monitor body movement and be used to identify behaviours so that scientists can understand more about an animal’s activity without having to observe it directly. This is important, as the behaviour of an animal can impact the structure of an ecosystem.