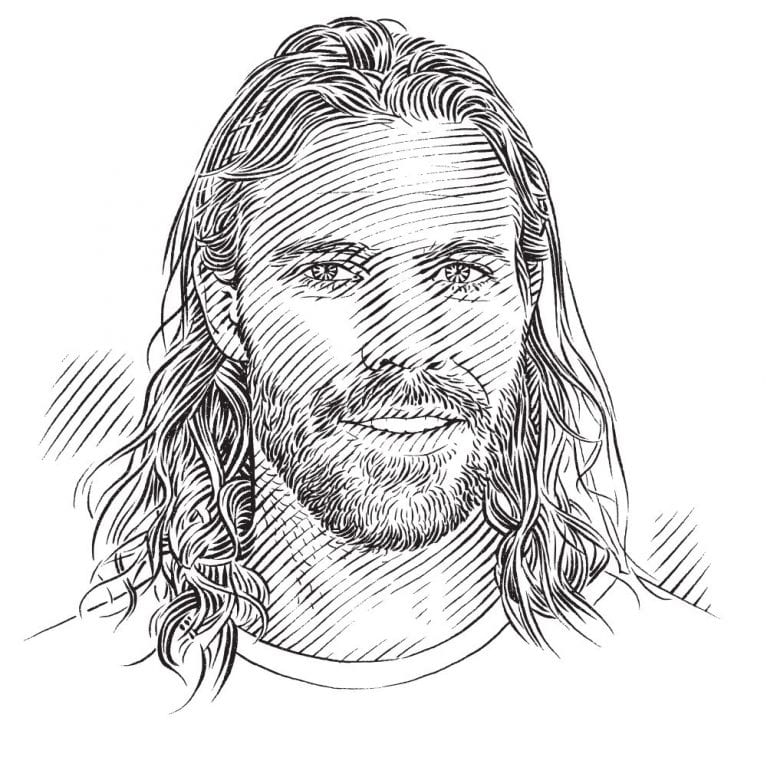 I grew up in south-eastern Australia and ever since I can remember I have been fascinated by the aquatic world – and by fish in particular. My dad still likes to tell people how as a child I used to run to any patch of water, whether it was a puddle or the ocean or anything in between, and shout that I could see a fish! No matter how small or insignificant that fish, I was still very excited and usually had to be carried away from the water I was looking into or I would never leave. In my early years, most of my direct interactions with aquatic ecology took place at a small creek that ran through the suburb I grew up in. For years, together with my best mate and my siblings, I watched snakes and birds and collected tadpoles, eels, invertebrates, lizards and whatever else could be found. Sadly, that little creek is now concreted over, but my love for water has remained and it eventually led me into marine research. I now spend a lot of time sharing my love for the ocean through Fish Thinkers Research.

I am currently working on my PhD, using underwater video footage to look at the ecology of fishes found on marine sand and investigate how their communities change across gradients of fishing pressure. I also use acoustic tracking to study the movement patterns of some of these fishes, both inside and outside marine protected areas.
When not busy with my PhD, I join global challenges collaborators at the University of Wollongong to crunch numbers from 70 years of shark meshing and look at alternative, non-lethal means of protecting water-users from sharks. This involvement includes an advisory role on Project Airship, a new initiative that uses lifeguards, tethered blimps and video technology to try to reduce the likelihood of shark encounters in sections of beach patrolled by lifeguards. Now, with the support of the Save Our Seas Foundation, I am working with the Australian Aerial Patrol (an organisation that makes regular shark-spotting flights over the south coast of New South Wales) to improve how it collects data of shark sightings.

The south-eastern coast of Australia is a beautiful stretch of coastline that is made up of starkly contrasting vistas, from the industrial waterfronts of the city of Wollongong to the beautiful and relatively pristine shores of Jervis Bay Marine Park and Batemans Marine Park. I am lucky to spend a lot of time on the water, filming the underwater world and as part of a team catching and tagging flatheads, banjo sharks and other fishes at Jervis Bay. Meanwhile, throughout the warmer months, the Australian Aerial Patrol is overhead making regular observation flights.

Currently in Australia an intense debate is raging about the increased number of shark interactions, and reducing these incidents in a non-lethal manner has become a major conservation challenge. Several culling programmes are already in place and locally there is increasing pressure on the New South Wales government to implement greater management of shark populations. On the positive side, there are now a number of non-lethal alternatives being put forward.

The Australian Aerial Patrol has been recording shark sightings along a 200-kilometre (125-mile) stretch of coastline for the past 18 years – and creating a long-term dataset that you will rarely find elsewhere. With the support of the Save Our Seas Foundation, I will help to bring together a large team of experts to analyse these long-term data and to work on improving the collection methodology so that it is more statistically robust and therefore more useful in a scientific sense. We will then test the improved methodology during the 2016–17 flying season to see if any further changes are required.

Our main aim is to ensure that the data collected are credible from a scientific perspective and can be used by the people responsible for putting shark safety strategies in place. I believe it is imperative that these non-lethal mitigation methods have a strong scientific foundation, so that governments have the confidence to implement them. The Australian Aerial Patrol is already recording shark sightings and we can add a lot of historical data that are of great value – let’s put them all to good use!