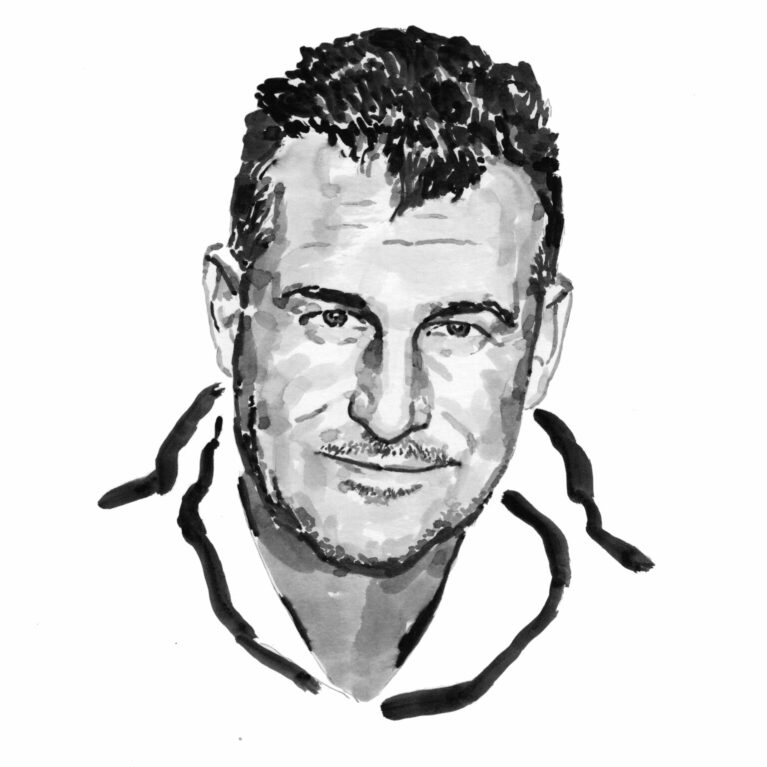 For as long as I can remember, I’ve been fascinated by icy regions, polar exploration and the ocean. One of my earliest childhood recollections is being stuck inside on a rainy day in northern England and coming across a leather-bound edition of Jacques Cousteau’s The Silent World. From that moment my future was clear to me: I would learn to dive and I’d explore the underwater world. Not so clear was how I would achieve this, but then things fell into place as if meant to be. After school I went to the local college of further education to improve my grades to apply for university. The college had a diving club and, despite its ancient equipment, I took the first steps towards getting my diving licence.
After four years at North London University, having attained a Bachelor’s degree in science, geology and geography, a British Sub-Aqua Club qualification and about 30 logged dives around Britain, I was set. Finding no work as a geologist in the UK, I began to travel and lived in France and Spain before, by a stroke of luck, ending up in Ecuador enrolled in the naturalist course of the Galápagos National Park Service. The combination of a science degree and fluency in three languages – English and French as I grew up and Spanish through my travels – clinched my place. Having completed the course and been awarded a three-year licence, I began work as a naturalist guide and dive master in the Galápagos National Park and Marine Reserve.

It was in the Galápagos that I experienced a pivotal moment in my life. During my second year there I was spending a lot of time diving and one day I was drifting with the current in the little-explored waters around Darwin Island when I came across the first whale shark I had ever seen. I’ll never forget that moment – there it was, larger than life, larger than any animal I’d encountered, or even imagined, before. One minute it was a shadow, the next a looming giant, unmistakable with its bright white polka dots: the world’s largest fish and arguably the biggest shark to ever roam this planet.
Like many children, I lived in a fantasy world where past and present intermingle, where dinosaurs might appear at any moment. I examined many an old cupboard for a way into Narnia, and on family walks in the forests and mountains of Wales and Cornwall I would search for the lost valley of the dinosaurs, convinced that both places were real. That encounter with a whale shark was for me the achievement of those childhood dreams and I questioned every marine scientist I knew about this mysterious animal.
To my astonishment, I discovered that almost nothing was known about the natural history of these ancient sharks. Where, for example, do they mate and give birth (we do know that they are ovoviviparous, giving birth to live young)? Where do they feed for most of the year? And where do the young spend their first years of life? Without realising it, I had found my vocation and in 2005 I launched the Galapagos Whale Shark Project.

Initially I intended to simply record basic data in the Galápagos, but it soon became evident that this was merely the tip of the iceberg. I teamed up with Dr Alex Hearn, a marine scientist and shark expert, and we developed a proposal to begin an in-depth investigation that would record the movements of whale sharks in and around the Galápagos Marine Reserve. This, we hoped, would lead to a better understanding of their natural history and in particular their reproductive cycle and the role of the Galápagos in all this.
To record their movements in relation to their position on the surface of the ocean, we deploy SPOT6 satellite tags, which act like GPS transmitters. Every time a whale shark with this tag surfaces, we know exactly where it is. But this records only a small percentage of its travel; we also need to know what it is doing when below the surface. For this we use miniPAT and SPLASH10 satellite tags. The former records the whale shark’s dives, the time it spends at depth and the ambient temperature, then stores these data as an archival record for between three and six months. The SPLASH10 tag records the same data but, like the SPOT6 tag, transmits whenever the whale shark is at the surface.
With the aid of these tags we can see where the whale sharks are diving, to what depth and how they make use of different types of habitat. This is vital information if we are to understand why and how they visit the Galápagos and which areas are key to their survival.
As part of the study we also look at their blood chemistry to collect basic population health data and more specifically we look at blood hormonal levels as indicators of reproductive state. In 2018 we were the first team in the world to successfully use ultrasound on whale sharks in a free-swimming environment to look at their reproductive organs and attempt to determine whether they are pregnant. One of the first very unusual discoveries we made was that more than 99% of the whale sharks we see in the Galápagos are female!
There is still a long way to go before we unravel many of the secrets of these enigmatic and gentle giants, but with the support of the Save Our Seas Foundation and a dedicated team of scientists we get a little closer every day.

Project
Secrets of the whale sharks of the Galápagos Marine Reserve