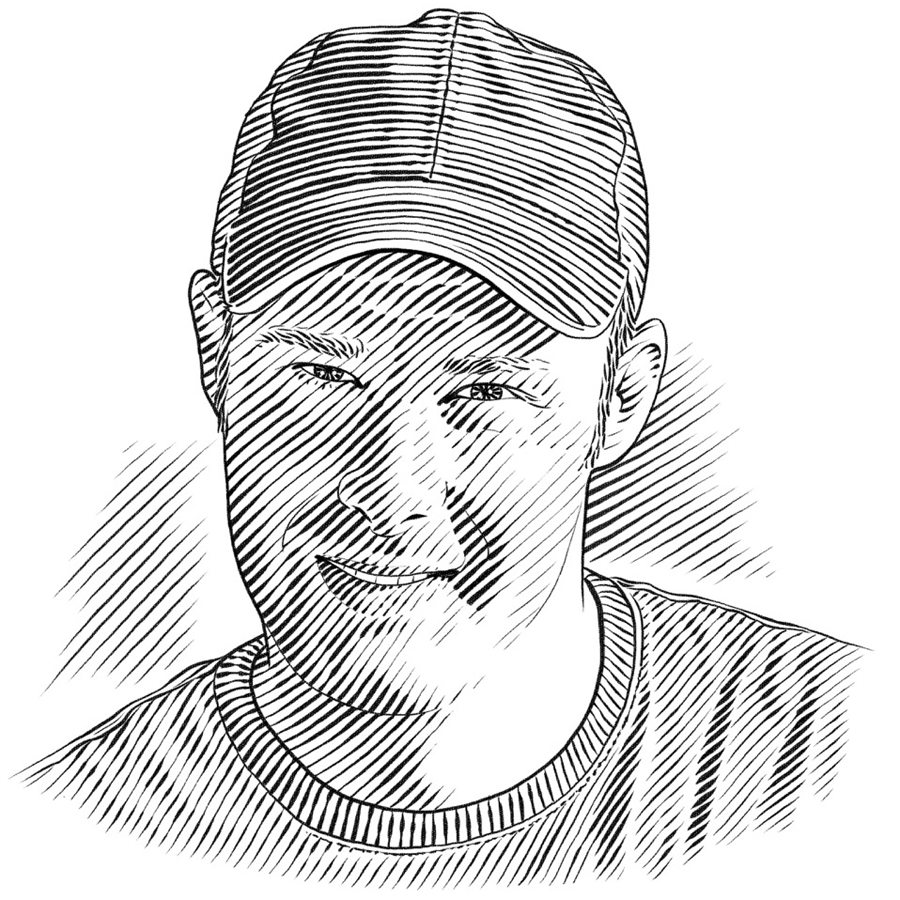 Although I was born inland, in Lyon in France, I have always been attracted to the sea and especially to sharks. This interest may be due, at least in part, to summer holidays spent every year with my family either on the Mediterranean coast in the South of France or in Brittany in the north-west, where the waters are colder but richer. As soon as I was old enough to swim, I was given a mask and snorkel to investigate what life is like underwater. Having seen my first shark in an aquarium and followed all the media programmes I could about sharks, I quickly became intrigued by the mysterious ecology and behaviour of these misunderstood animals. At an early age, therefore, I promised myself that I would dedicate my life to learning more about the behavioural ecology of sharks and their relatives.
The route to achieving this personal goal was unusual and long, but it helped me to improve my general knowledge and skills. Instead of simply opting for an ordinary university education, I chose the more challenging preparatory classes that enabled me to enter an engineering school in agronomy. After studying plant and zoology science as well as wine-growing and oenology in Bordeaux, I moved on to study fishery science in Rennes, Brittany. Unusually for this course, my Master’s thesis was on the behavioural ecology of great white sharks and their interactions with cage-diving vessels, and I carried out the research for it in Mossel Bay, South Africa, in 2005. After participating in a basking shark project in Brittany in 2006, I started a second Master’s thesis on the reproductive behaviour and genetic structure of a population of sicklefin lemon sharks in French Polynesia in 2007. This was followed by a PhD thesis on the behavioural ecology of blacktip reef sharks in Moorea, French Polynesia, between 2008 and 2011.
I am still leading various scientific projects on elasmobranch ecology in French Polynesia and am also involved in the management of the Observatoire des Requins de Polynésie (ORP), a network of shark observers spread across the islands of French Polynesia.

For the past seven years I have been spending my time between France and French Polynesia. CRIOBE (Insular Research Centre and Environment Observatory) is a lab that has the peculiarity of being divided between two locations, one in Perpignan in the South of France and the other in Moorea in French Polynesia. Although I have been conducting some field expeditions on sharks and rays between the Marquesas Islands and different atolls of the Tuamotu Archipelago, most of my field work is done on the reef of Moorea, which is a small tropical island located 20 kilometres from Tahiti. Moorea is surrounded by more than 60 kilometres of barrier reef, which delimits a lagoon connected to the ocean by 11 channels. Moorea’s coral reefs are characterised by the presence of different elasmobranch species, including sicklefin lemon sharks, grey reef sharks and blacktip reef sharks, as well as stingrays and eagle rays. Over the past decade, the island has seen an increase in its human population and in the activities in its lagoon, including the shark provisioning that forms part of my research interests.

For the past eight years I have been investigating the behavioural ecology of reef sharks in French Polynesia, working at different scales, from individuals to populations, and using different approaches and tools, including underwater behavioural observations and photo-identification techniques, acoustic and satellite telemetry, blood samples and molecular analysis. These combined approaches have helped us to understand how the behaviour and ecology of individuals shape the organisation of groups and populations. For example, my research has demonstrated that adult sharks can have preferred ‘friends’ and build up a natural social network based on long-term stable associations within communities and short-term non-stable associations between communities.
Using parentage analysis, I have also revealed that female reef sharks follow a pattern of reproductive philopatry by migrating every year to the same nursery to give birth. It is even possible that they themselves were born in that nursery. Sometimes the females migrate annually across deep open ocean to give birth at another island.
During my research in Moorea, I have also been interested in the effect of provisioning on shark and ray populations. One of the hypotheses proposed is that provisioning may change the spatial distribution and increase natural animal densities, and we are using UAVs to investigate it.