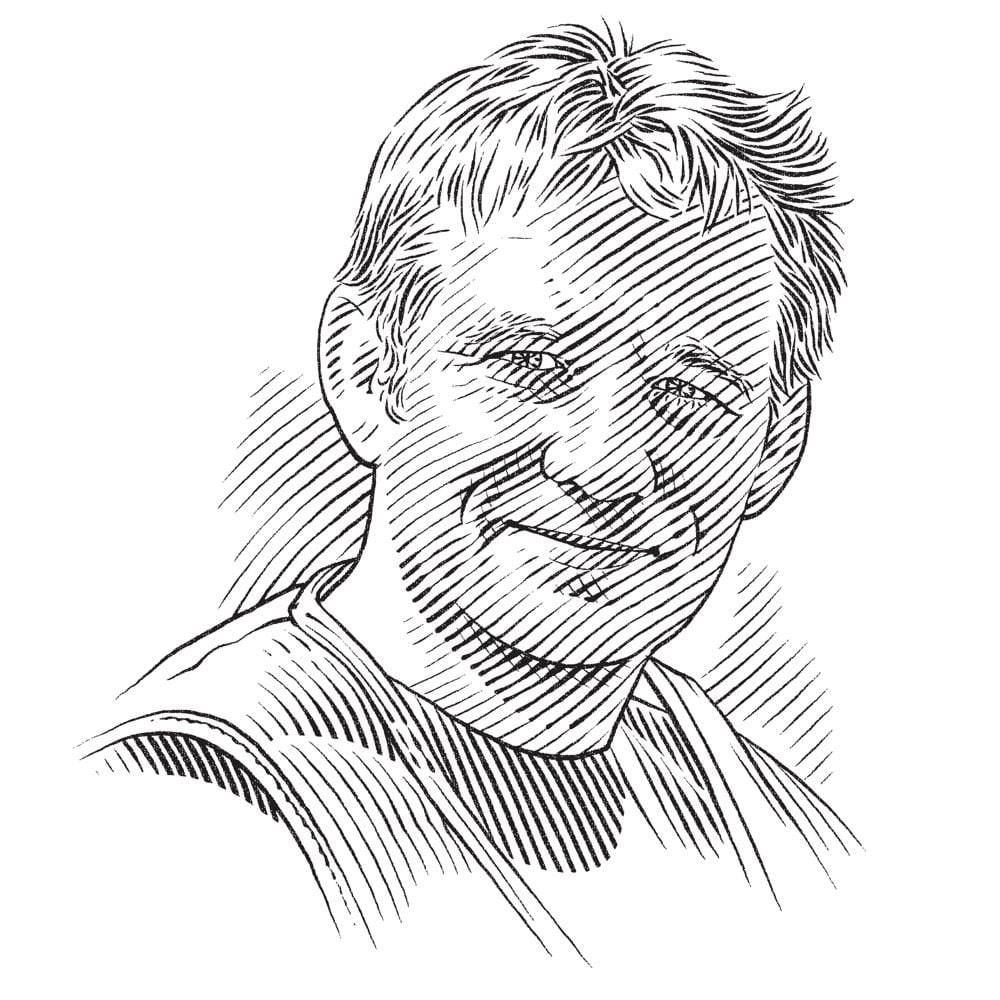 As a professor of marine biology, I have always been fascinated by ocean life – and there is still so much to discover. Growing up by the sea meant that I spent much of my childhood in rock pools or out on boats. Some years later, a highlight of my career, and of my life, was diving in a two-man submarine in the Arctic. At depths of perpetual darkness we found a giant coral reef teeming with large fish and a riot of colourful animals – nobody even knew that coral reefs could occur in the Arctic! Also, I have seen how marine science can make a difference. When we presented evidence of how fishing damages deep-sea coral reefs, governments listened and now many such areas around Europe are protected.

When I was little, raw sewage was dumped into the sea and toxic anti-fouling paints were widely used. There have already been many improvements on a number of fronts since then: UK waters are cleaner for bathing, less radioactive waste is being dumped into the sea and Atlantic whales are slowly edging back from the brink of extinction. Mistakes have been made, but luckily some marine habitats are as wonderful as ever. Off Plymouth, where I’m based, we have spectacularly colourful coral gardens and jewel anemone-encrusted reefs that appear unchanged over the 50 years that divers have studied them.

I’ve moved around a lot in my career, but am now very pleased to be back in my home town of Plymouth in the UK, a hotspot of marine science expertise where I get to do the work I love. There aren’t many jobs that allow you to marvel at the phosphorescent trails of fish swimming past at night or to survey underwater volcanoes. I feel very privileged to be able to regularly explore life in the seas around us, but I’m also aware of an obligation to tell people about the wonder of life in our oceans, the new discoveries that are being made, and how we can best avoid damaging what we have.

As the world’s population continues to grow, we need to improve the management of how we use our seas so that we enhance their bounty and benefits to our society. Striking sensible balances – between marine renewable energy developments and sustainable fisheries, for example – is key. Much of my time is spent teaching a new generation of scientists at universities; the rest is divided between field work, publishing research findings and providing advice to forums such as the United Nations (UN) and the International Council for the Exploration of the Sea.

In 2006 I began to hear about ocean acidification and a shiver went up my spine as I read about the speed with which ocean chemistry is changing worldwide. Back in 2002 an Italian geologist had recorded underwater gas seeps off Naples during a deep-sea expedition. If the gas were carbon dioxide, I thought, such seeps would enable us to look into the future and see which organisms will survive and what coastal habitats will look like as carbon dioxide levels rise.

We surveyed the Naples seeps in 2007 and discovered that the gas was indeed carbon dioxide and it caused dramatic shifts in coastal marine ecosystems, including rocky reefs, sea-grass beds and sediments. Our work was published in the scientific journal Nature the following year. Since then I have been organising expeditions to underwater volcanic vent systems around the world to gather evidence about the ecosystem effects of ocean acidification at carbon dioxide seeps.

We monitor the seawater chemistry at these sites and survey the distributions of organisms to find out which ones can tolerate increasing levels of carbon dioxide. We also conduct experiments to work out the mechanisms by which ocean acidification affects marine life. This evidence is now being widely used to inform scientists, policy-makers and the public about what we need to do to protect iconic ecosystems, like coral reefs, from the ravages of acidification. Conserving the ecosystems by removing other stressors on them seems our best bet, while at the same time trying, as a society, to reduce carbon dioxide emissions.

As I write this I’m on my way to the UN’s ocean acidification coordination centre in Monaco to update an assembly of international delegates about our latest findings and to discuss how this new knowledge can inform policy. By helping to provide evidence about what rising carbon dioxide levels do to the oceans and communicating it to the public, industry and political decision-makers, SOSF is bridging a key gap.

Our planet is warming and the chemistry of ocean waters is changing. Jason wants to know what this means. He is studying underwater volcanoes to see how increased levels of carbon dioxide affect marine ecosystems.