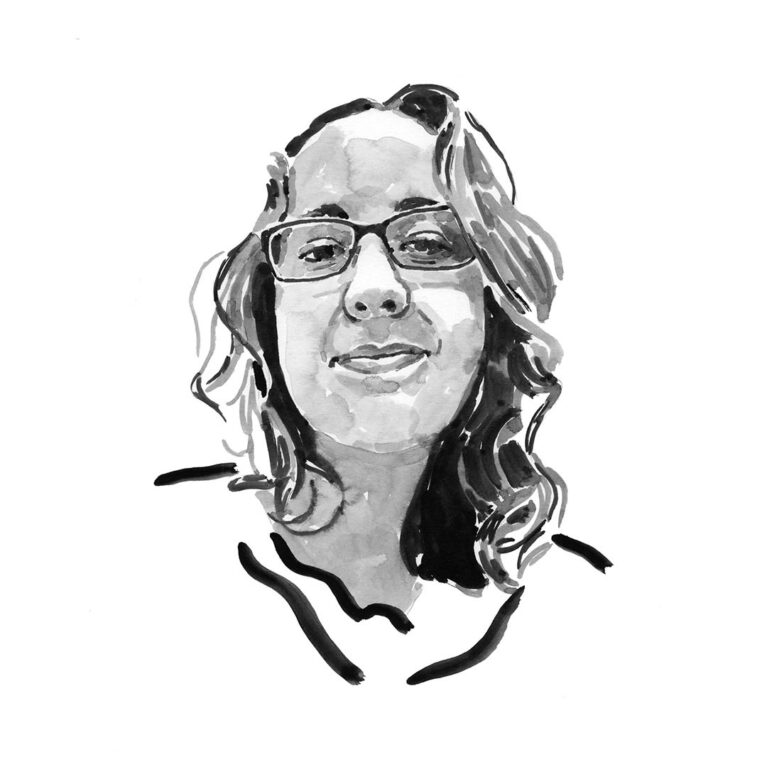 I have always had a connection with the sea, although I was born and raised in a very urban setting in São Paulo, Brazil, the largest city in South America. It is at least one hour away from the coast, but whenever possible I would go to the sea. I spent many childhood vacations and weekends at the coast, usually sitting near the water or exploring the rocky shore, looking for dead animals to cut open. I think I was 12 when I discovered that there were such people as professional marine biologists and I decided then that I wanted to be one. I did my undergraduate degree in a coastal but urbanised city near São Paulo and began my career in conservation as a land-based observer of sea turtles. I have some happy and amusing memories from that time, like when local fishermen came up to me to tell me not to jump. My interest in the conservation of elasmobranchs grew deeper when I witnessed a bottom trawl in an invertebrate zoology class. Seeing all that by-catch and learning that it was a regular occurrence was too much for me. Interestingly, I used by-catch animals in my undergraduate and Master’s research, which focused in both cases on the morphology and reproduction of skates and rays. Hundreds of by-catch animals were donated to the lab each month, from only one fishing vessel! I am a PhD candidate now, but I took a long sabbatical after my Master’s and spent that period teaching and travelling. I wanted to spend some time away from academia, but I was not away from science or conservation; even while teaching English, I did some scientific alphabetisation with my students. And now I also dedicate some time every day to encouraging and nurturing my daughter’s inner scientist. I believe that educating people (children and adults) is as important as working towards the conservation of our planet, as only then can we truly achieve conservation.

Based in Porto Alegre in Rio Grande do Sul, the southernmost state of Brazil, I am currently a PhD candidate in ecology, evolution and biodiversity at the Pontifical Catholic University of Rio Grande do Sul. The state’s beaches witnessed hundreds of thousands of guitarfish landings, especially in the 1980s and ’90s. The nine guitarfish of the genus Pseudobatos are bottom-dwellers in shallow coastal waters all around North America and South America and are routinely caught by bottom-trawling fisheries either as by-catch or as the target catch. More than one species may be found in the same area, a phenomenon known as sympatry. Moreover, these species are extremely similar to the non-trained eye, so rapid identification to the species level in the field is often problematic. This is a concern because some Pseudobatos species face the risk of extinction whereas others do not, but they all are caught – and catching threatened species is considered a crime in some countries. So although I am based in the south of Brazil, the animals I study occur all around the Americas and the Caribbean.

As Pseudobatos species are found around the coasts of North and South America, my work depends a lot on scientific cooperation. To get data, I start by contacting local research groups and museums to get access to tissue samples of Pseudobatos as well as to whole animals. I extract DNA from the tissue samples and conduct morphological studies on the whole animals. The tissue samples usually come to me by mail, in small tubes, and when they arrive I store them in the freezer until I have enough to work on. Then I extract, prepare and purify the DNA for sequencing. Sequences of As, Ts, Gs and Cs carry a lot of information that can be used for an array of studies, depending on how they are read and analysed. For me, they will tell whether two or more isolated populations of one species are still the same species, when two species diverged and how different they are now. An advantage is that the DNA sequences I generate will be available on an online platform to other researchers who are conducting similar, or even different, kinds of studies. When I use whole animals for external morphological research I can do so either directly by travelling to the museums where they housed or by receiving the animals by mail. It is also possible to use scaled digital images of the animals (photos, CT scans or X-rays) when it is not possible to visit the museum. I love being out in the field collecting data, but I spend most of my time indoors, in the laboratory. I work a lot on the computer too, both capturing and analysing data.

Fernanda is using genetic samples of guitarfishes to disentangle the life histories and genetics of the nine different species found around the Americas and the Caribbean. Identification to species level, simply by eye in the field, is difficult and requires much experience. However, guitarfishes are often caught as bycatch or the targets of trawlers – and not all species are under equal pressure. Fernanda’s project will go a long way to helping inform the management of these species around their range.