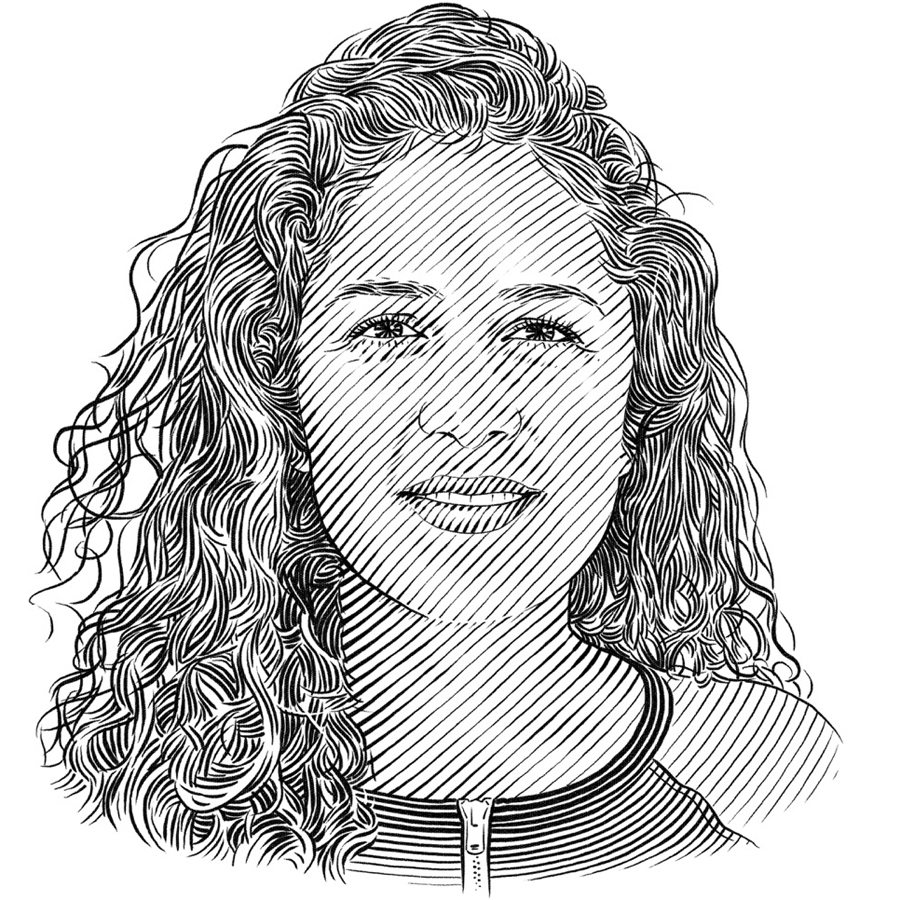 I am originally from Mexico City, and there is no ocean there! But my parents were divers and during our holidays we used to go to the beach and camp. I remember once watching a sea turtle lay her eggs. It was awesome yet sad, because the local people took the eggs. I knew then for the first time that I wanted to do something for conservation. My parents also took us to Cozumel where my brother and I would snorkel, following the bubbles from the surface while they were diving below us. When I was about seven years old, I did my first dive with them in Chankanaab, Cozumel. It was amazing. I felt like I was in a documentary film, with thousands of fishes in so many different colours; I even saw a huge ray. From that moment on, I would tell my school friends that I was going to be a marine biologist with my own research boat, like Jacques-Yves Cousteau.

I didn’t go back to Chankanaab until I was 17. It was so sad to see the changes there: the reef was badly damaged, the water was polluted and there were very few fishes. I wanted so much to be a marine biologist so I would know how to protect the ocean. Today, thanks to better management, Chankanaab is recovering.

When I was 20, I went to La Paz on the Gulf of California to follow my dream to become a marine biologist. That was when I had my first encounter with a whale shark. The visibility was terrible and a whale shark appeared out of nowhere, right in front of me – it was the best ocean experience of my life! I was fascinated and started to read about whale sharks, but soon realised that very little is known about them. I wanted to learn more and make my own contribution to our understanding of these magnificent animals.

I travel extensively as a whale shark researcher and have had incredible adventures in the world’s oceans. In the Revillagigedo Archipelago, for example, I once saw three of my favourite species on a single dive. I started off with a group of giant manta rays, then I saw a huge pregnant female whale shark and finally I encountered a school of hammerhead sharks!

I am the director of Whale Shark Mexico, a project of ConCiencia Mexico, an NGO based in La Paz. I started research into the whale sharks in the Gulf of California and over the past 10 years have built up a great group of colleagues. We have generated a network in and around the Gulf of California that stretches about 1,200 kilometres from San Luis Gonzaga in the north to Nayarit in the south. With modern photo identification techniques we have been looking into connections between whale sharks in these distant localities, which is very exciting! I feel so grateful to be contributing not only to knowledge about this species in Mexico and around the world, but also to its protection. In Mexico there are currently two protected areas for whale sharks, one in Quintana Roo and the other in Bahia de Los Angeles, Baja California, and my research was used in the management plans for both these areas.

Our research has demonstrated that juvenile whale sharks remain in the coastal waters and ocean bays of the Gulf of California and tend to leave once they become mature. Many of them don’t return, which raises a number of questions. Where do they migrate to? And are they related to whale sharks elsewhere in the Eastern Pacific?

One day I received an e-mail from Rossana Maguiño that told me about whale sharks in Peru and asked if I could help her to study them. I was surprised because there was nothing in the literature about a whale shark presence in Peru. I was excited, too, to be part of a new project that would investigate connections between the whale sharks of Mexico and of Peru.

Working with EcOceánica, a Peruvian NGO, we have begun to interview local fishermen and divers to find out more about whale shark sightings. The Save Our Seas Foundation is supporting us as we gather this information and begin to generate the outline for research into the whale sharks in Peru, with the objective of conserving them and their habitat. Based in Zorritos, in the north of the country, we conduct interviews in Puerto Pizarro, Zorritos, Acapulco, Punta Sal and Cancas, whose inhabitants make a living as fishermen. Occasionally they catch mobula rays, giant manta rays and juvenile hammerhead sharks as well as whale sharks. Some people here fear whale sharks because they have heard about these huge sharks that swim around the boat. Few of them know that the sharks are gentle and docile and pose no threat to humans. One of the challenges is to determine whether there is potential for whale sharks to become a tourist attraction in Peru, generating for the local communities a solid economic alternative to fishing for them.

Now I am preparing to visit Peru and assist the team with its field work. On this project we are all women (Rossana, Ximena, Shaleyla, Alejandra and myself) and we are all passionate about marine animals and about generating baseline research into the whale sharks of Peru in order to conserve them and their habitat.

I started my research into whale sharks in La Paz Bay in 2001, using different techniques such as photo-ID, genetics and tagging. For the first two years there were no whale sharks in the bay and despite going out to look for them every month I didn’t see a single one. Then in 2003 I went to Los Cabos and I saw four pregnant females, huge and beautiful like submarines. To be with them is an incredible experience: they are so peaceful and transmit a wonderful energy, and I feel so small and so privileged to have the opportunity to share time and space with these big mamas.

My goal was to collect tissue samples so that we could study the genetics of these whale sharks, but their skin is hard and it took us some time to figure out how to collect the tissue. The whale sharks returned to La Paz Bay in 2004 and I have been monitoring them since then, determining the size of the population, its fidelity to the site and whether it is connected to other populations in the Gulf of California and other parts of Mexico’s Pacific coast.

It is amazing that each shark has a unique pattern of spots, and as we began to recognise individuals we started to name them. This has helped us to answer two important questions: do individuals spend a long time in the bay; and do they return year after year? The juveniles in particular, I have discovered, like La Paz Bay and some of them do return year after year. The best part of being able to identify individuals is that it gives me a sense of connection with them. I once placed a tag on Tiki-Tiki, a young female from La Paz Bay, but she lost the tag when she dived very deep. When I saw her again in the bay, I asked her, ‘Why don’t you just tell me what you were doing down there?’

Part of using marine biology to protect the ocean is working with communities and passing on to them the skills necessary to conduct baseline research. The projects at Bahia de Los Angeles and Nayarit are monitoring programmes that are conducted and controlled by the communities there, using locals as guardians of the sharks.

In La Paz Bay I have been helping to develop of a management plan for whale shark tourism. Each year we train tourist companies in the guidelines for interacting with whale sharks. Education is important too, and we present a programme about ocean protection to high schools.

Because the whale shark is a migratory species, we promote its conservation on a regional basis along the entire Pacific coastline of Mexico. Our work in Peru will enable us to expand knowledge about whale sharks in the Eastern Pacific by generating initial baseline research about, among other things, abundance, site fidelity and population structure. Two months in, we have entered into agreements with associates who will assist us in our studies. In the field, we have registered the presence of humpback whales, marine turtles, sea lions and mobula rays. Whether they come from Mexico is still a mystery.