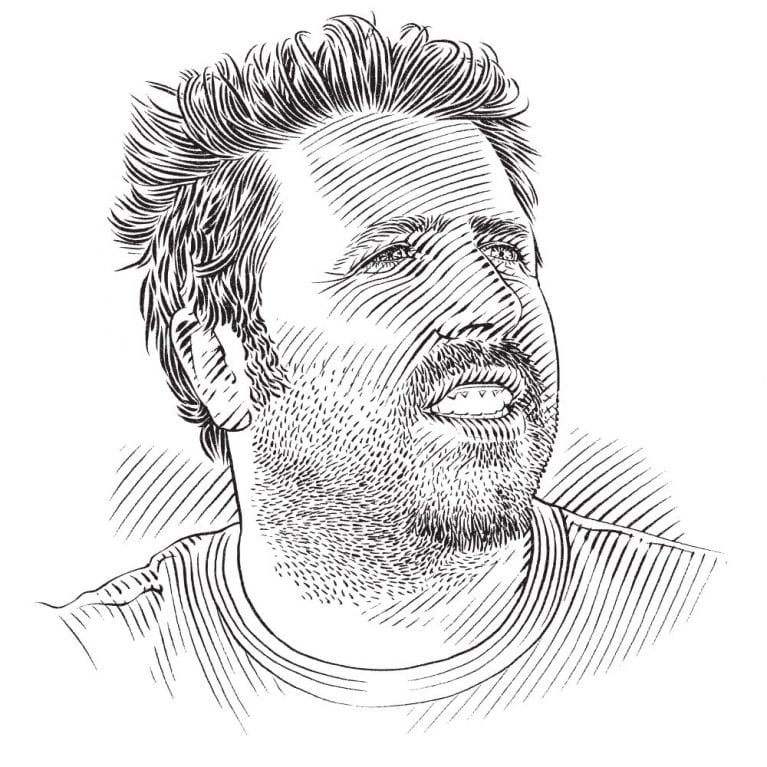 My father’s family are seafarers. Their lives revolve around the fishing industry and serving in the Royal National Lifeboat Institution. So when I was growing up in Dublin, Ireland, much of my childhood was spent along the coast or out on boats, and throughout my life my affinity for the ocean has endured. During my undergraduate studies in zoology I studied the marine ecosystems and wildlife around the Irish coast and took part in an island biogeography project in Indonesia, where I was first captivated by wild sea turtles.

My postgraduate studies took me to the west of Ireland to study the embryology and regenerative biology of Hydractinia echinata, also known as snail fur, which is a tiny marine organism related to corals and jellyfish. From there my focus moved for a time to human cancer, but I became convinced that the cutting-edge techniques I was using could be applied more broadly to problems beyond human medicine. So in 2015 I embarked on a project that brought me back to wildlife and back to the sea.

Sea turtles, particularly green turtles, have increasingly been found with large tumours that develop during their inshore juvenile life-stage. Tumours can be fatal; being so large they prevent normal swimming, feeding or vision. This cancer, known as Fibropapilloma (FP) is found in all seven sea turtle species. FP was first reported in the 1970s, within a relatively small area, but the disease is geographically spreading, and northern Florida has become a new FP ‘hotspot’. Tumour development is thought to be linked to environmental factors that activate a herpesvirus. Human-induced global warming and environmental pollution are therefore the most likely triggers of the current spread.

With SOSF’s support, we aim to get a clearer picture of how and why FP occurs, and to develop effective ways of treating the tumours. I use techniques from human oncology to genetically profile FP tumours and identify possible drug treatments. I determine which of the turtles’ over 20,000 genes are abnormally switched on or off in the tumours, allowing me to pinpoint the genes driving tumour growth. I can then identify human anti-cancer drugs that would target these genes, preventing tumour growth. This will greatly improve survival and recovery of turtles with FP, and our understanding of the genetics of tumour growth will help determine which environmental problems in the turtles’ inshore habitat trigger this disease.

My daily commute consists of a beach walk to the University of Florida’s Whitney Laboratory for Marine Bioscience and the Sea Turtle Hospital, which are idyllically nestled between the Intracoastal Waterway and the Atlantic Ocean. Juvenile sea turtles enjoy the rich foraging grounds just offshore, while adults come ashore here in their thousands to nest.
Sea turtles that were injured or stranded along Florida’s north-eastern coast used to be driven in relay across the state to rehabilitation hospitals for treatment. If they showed symptoms of a disease called fibropapilloma (FP) they were driven even further, to a facility equipped to deal with this disease. Our new sea turtle hospital opened in 2015 to fulfil the growing need in this part of Florida for a place to treat and rehabilitate stranded turtles and, even better, it can treat turtles with FP. The location of the laboratory and the hospital next to one another means that while conducting ground-breaking laboratory investigations with cutting-edge technology, I can also be on hand to examine turtles with FP, be present during operations and get involved with the rehabilitation process. This is my ideal working environment – getting involved directly with the animals I’m studying and seeing at first hand the impact of my research.