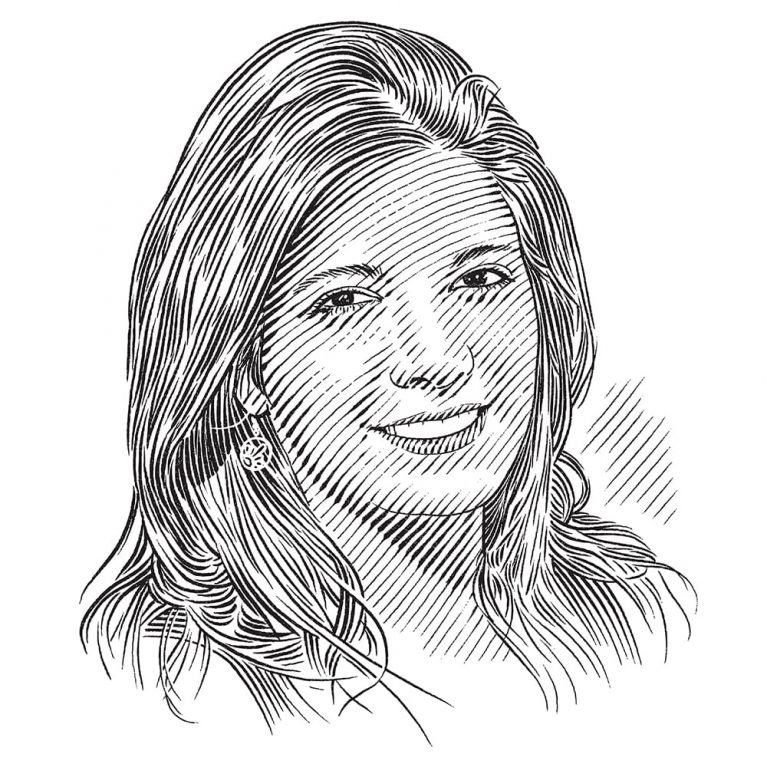 Since I was a kid, I have enjoyed being surrounded by nature. I always loved going to the beach, and collecting shells on the shore was one of my favourite activities. Then when I started scuba diving, I became aware of the wonderful life that exists underwater. I will never forget the first time I saw a hammerhead shark while diving in the Galápagos Islands; it was amazing to watch this shark coming closer, gently moving its strange head. That was when I realised how marvellous and special these animals are. Soon afterwards, I got involved in a project to develop an educational campaign about the whale shark. After that, and after watching other shark species close up, I began to wonder how I could make people feel as curious about sharks as I felt and how I might involve them in the adventure of discovering and learning about sharks.
I now live on Ecuador’s Galápagos Islands and I am an environmental communicator for the Charles Darwin Foundation. The foundation is an international not-for-profit scientific organisation that has been working in the Galápagos since 1959 and its research has been key for the conservation of the archipelago.

The Galápagos archipelago is the sharkiest place in the world and one of the best diving destinations to see these incredible animals. This World Heritage Site is surrounded by one of the largest marine reserves on the planet and last year Darwin and Wolf islands, in the north of the archipelago, were declared a marine sanctuary to protect the largest concentration of sharks anywhere. If you want to interact with sharks, the Galápagos Islands are the best place to be!
Even though we live in a protected area in the middle of the Pacific Ocean, a lot of people here seldom go to the beach or do not know how to swim. The fact that local people do not have a close relationship with the ocean, combined with the poor public image that sharks have, makes it very difficult for the community to understand and support shark conservation. I will always remember a 13-year-old boy telling me that he knows more about rooster fights than about the ocean.
After taking part in the whale shark campaign in the Galápagos, I realised how knowledge and personal experience in the field have a direct impact on the perceptions people have about a topic. We have laws that protect the archipelago, but if we are looking to conserve it in the long term we need an involved and engaged community that understands how important it is to go beyond legislation when protecting the place where they live.

I have been working in the Galápagos Islands with the local community through outreach and environmental education, focusing mostly on shark conservation. Only four of the archipelago’s islands are inhabited, with a population of about 25,000 in total, which enables us to work closely with most of the community.
Thanks to a grant from the Save Our Seas Foundation, last year we developed a shark campaign called ‘Protect the fins and the ocean wins’. Its aim was to change negative perceptions about sharks and promote the Galápagos as an example of co-existence between humans and these animals. We developed workshops, field trips, contests and public events to communicate specific messages about the physiology, ecological role, population status and socio-economic value of sharks, as well as the importance of shark conservation and the role of science in obtaining this information. We created ‘shark ambassador’ characters, using representative species of the Galápagos to help us to spread our messages.
Finally, to encourage people to have a closer relationship with the ocean, we developed a shark story competition for all the schools of Santa Cruz Island. After motivating children to research sharks for the contest, we took the winners on a field trip to snorkel with sharks in their natural habitat. Ourcampaign reached 1,178 children aged between nine and 12 years across the four inhabited islands, totalling about 80% of children of this age group in the Galápagos.
This year we will continue our work involving the local community in the shark world, encouraging them to protect these wonderful species through a marine ambassador’s education programme. If a sustainable co-existence with sharks is possible in the Galápagos, it can be possible anywhere else.

The Galápagos archipelago is the sharkiest place in the world! This year Daniela and her team will continue their work to conserve the sharks of the Galápagos by encouraging local communities to protect these wonderful species through a marine ambassador’s education programme.