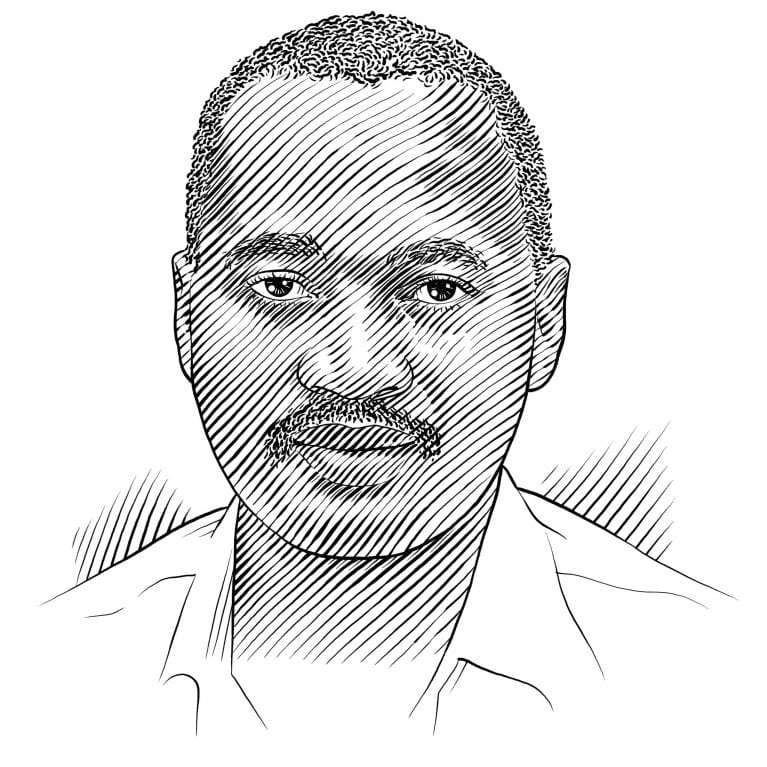 I grew up in Bukoba in northern Tanzania, about two kilometres (1.2 miles) from the littoral zone of Lake Victoria. As I kid, I used to go to the beach with friends to build sand structures, play soccer, swim and sometimes accompany artisanal fishers on fishing trips. During this time, I observed and learned about Nile tilapias, Nile perch, African catfishes, African carps, African lungfish and many other lake fishes. This triggered my interest in aquatic sciences and as I grew up I became more and more interested in understanding and conserving aquatic life. After high school, I attended the Sokoine University of Agriculture in Tanzania and later the Vrije Universiteit Brussel (VUB) in Belgium, where I earned a Master’s degree and PhD in marine biology. Although my PhD was on giant crabs and prawns, I worked very closely with fishers while doing my field work and observed how they continue to exploit and supply protected sharks to local and foreign markets. This fuelled my interest in the conservation of sharks, since their stocks are declining and many species have been fished to the brink of extinction.

The coastline of Tanzania where I work extends more than 800 kilometres (500 miles) from the border with Kenya in the north to the border with Mozambique in the south. The region is home to whale sharks, great white sharks and many species of reef shark that have historically supported shark-watching tourism and the fishing industry in the country. However, an increased demand for fish from the rapidly growing coastal population has led to illegal fishing, overfishing and habitat degradation, and as a result many shark species in Tanzanian waters have been fished close to extinction. Although trade in endangered sharks is regulated by the Convention on International Trade in Endangered Species (CITES) and the country has put in place measures to control the trade and exploitation of such sharks, there is still a black market in processed shark products such as fins, meat and liver oil. This is because such products cannot easily be identified by law enforcement due to a lack of key morphological identification features. This calls for a need to expose the black market in protected sharks through genetic analysis.

With funds from the Save Our Seas Foundation, the Department of Biosciences of the Sokoine University of Agriculture will expose the black market in protected sharks to foster sustainable shark fisheries in Tanzania. Since sharks grow slowly and produce few young, the growing incidences of illegal fishing, overfishing and habitat degradation in the country are driving them towards extinction. Although measures have been enacted to protect the threatened sharks, these species are still exploited on the black market in processed form. This is due to the fact that law enforcers rely on visual observation to detect the protected sharks in fishery products, even though
it is difficult to determine by sight whether the processed meat, fins and other shark products have been taken from protected species. Therefore, the Sokoine University of Agriculture will use DNA barcoding to establish the composition of shark species in landed fishery products and the taxonomic identity of finned and processed shark products. Also, interviews will be conducted and questionnaires handed out with a view to identifying the illegal supply networks of the protected sharks in Tanzania. This will expose these networks and provide valuable information that can be used by law enforcement, the Fisheries Department and other authorities to curb the country’s black market in protected sharks.