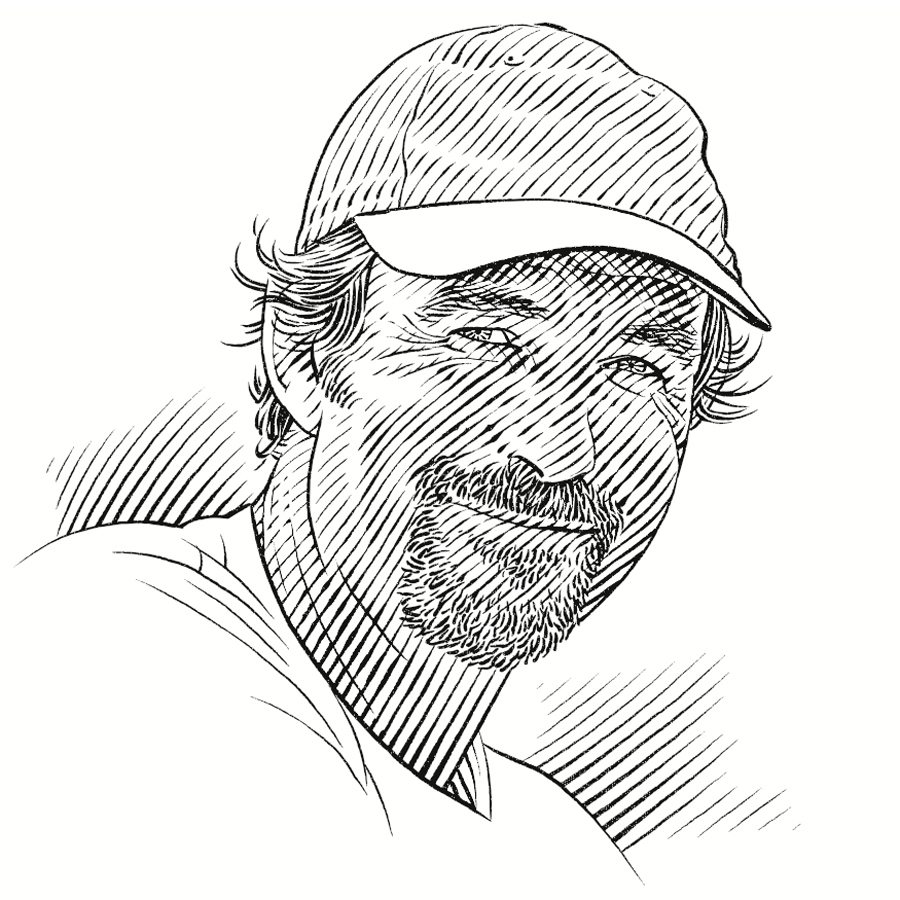 I was born in Aberdeen in the far north-east of Scotland within sound of the sea. My parents moved south to the coast of Devon when I was four years old and from that day on I grew up in, on and under the sea. I have never lived further than half a mile from it in my 58 years. The sea has been the single most important factor in my life, and its wild inhabitants have been my passion.

In the late 1980s I was working part time as a professional yacht skipper, sailing yachts in the English Channel. During that time I became familiar with many of the spectacular species that inhabited those waters: seals, seabirds and cetaceans, as well as basking sharks (my favourites). By the end of the decade I had made my first tentative steps towards working in the research field, by recording many of the creatures we encountered on a regular basis. In the early ’90s I was lucky enough to work with one of the world’s leading cetacean researchers as skipper on some of his voyages among Scotland’s Western Isles – a life-changing experience.

Through working with such experienced scientists, I learned a huge amount about the biology and ecology of the animals we were studying; and through constant exposure to those creatures in their natural habitat, I gained an understanding of their behaviour, especially in relation to boats and people. It soon became clear that their responses to man varied widely: one dolphin species might readily approach a boat, another close relative might be far more reticent, and a third would avoid contact on most occasions. Clearly there was much to learn, and at that time there were very few of us out there to do that.

As the years went by, public enthusiasm for encountering nature ‘up close and personal’ was growing exponentially. The new buzzword was ‘ecotourism’, which carried within it the dual implication that it was a commercial leisure pursuit and entirely benign. There was no doubt that the commercial side brought benefits, and certainly as an activity it was regarded as less of an evil than other forms of commercial exploitation such as hunting. But any suggestion that it was ‘entirely benign’ was hard to sustain. Badly managed ecotourism had (and still has) the potential to do more harm than good, especially when combined with other factors such as increasing boat traffic, sub-sea noise and loss of favoured habitats. And no-one was looking at what could be done about minimising the potential threats from ecotourism.

One day I found myself heading out on survey in the vicinity of a very busy port at the height of the summer. Not far from the harbour we saw a small group of bottlenose dolphins, part of a local pod we often encountered that included one animal known as ‘Benty’, which had a number of spinal deformities. Despite his lack of speed and mobility, Benty was always the first to come to bow-ride with boats and the last to leave, and we always enjoyed his company. As the group approached us we maintained our course and speed, and the animals settled down to bow-ride ahead of us. But this hadn’t gone unnoticed and within minutes we were surrounded by boats, their passengers all eager to see the dolphins. By this time we had gently slowed to a stop to let the animals leave. But the group, surrounded by surface craft and underwater noise, was in a state of panic, which was an awful thing to witness. None of the boat captains around us had any kind of malicious intent – they just wanted to see the dolphins, as you do on TV. But that was beside the point; well-intentioned or not, the result was clearly harmful. I realised it was time we did something about it.

So I put together a simple educational project called WiSe (a shortened version of Wildlife Safe) that aims to train all commercial boat operators in safe and sustainable ways to watch marine life – sharks, cetaceans, seals and seabirds – around the shores of the British Isles. Since the project commenced in 2003 more than 3,000 people have attended courses, which now vary between Standard courses, which cover the basics, to Masters level, which concentrates more on biology and ecology and is targeted at dedicated ecotourism operators.

Our most recent development has been the creation of a shorter, graphic version of the WiSe course, to be delivered by trained volunteers to boating and marine leisure audiences, dive clubs, yacht clubs and surfers, for example. We recognise that the ever-growing number of people taking to the water means that a proactive campaign to educate the public is a responsibility that must be accepted. If we are to reduce unintended disturbance to a minimum, education is a must. Otherwise, we are likely to further diminish our precious right to share our seas with our most wonderful wild neighbours.

Science, education and legislation. We need them all to protect the marine world we love so much.

Project
WiSe on the Water

Seeing wild animals in their natural habitat is an amazing experience, but getting too close to marine life can make them panic. Colin is teaching boat operators about how to interact with marine wildlife in a safe and sustainable way.