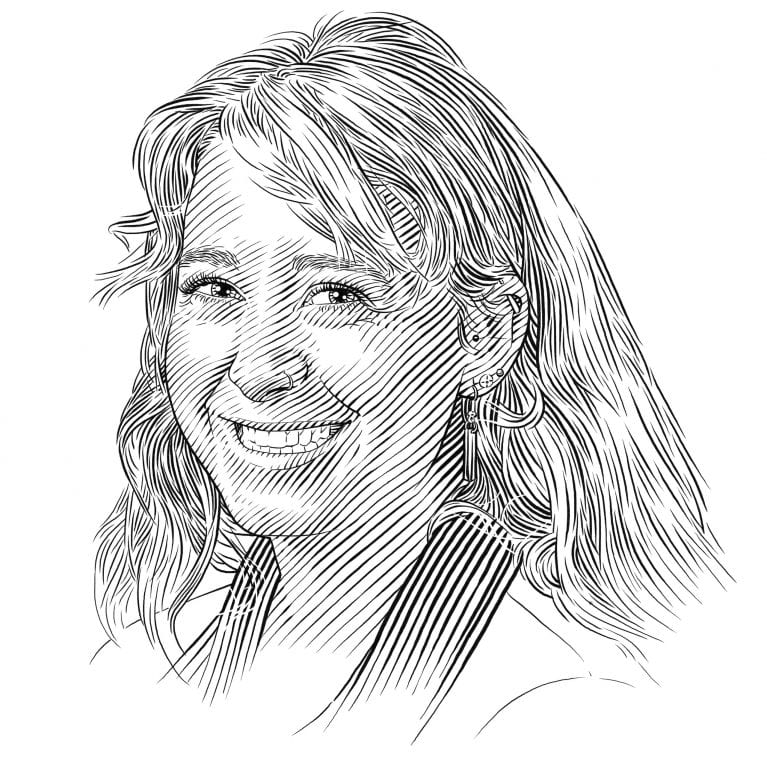 For as long as I can remember, I have felt connected to the ocean. I grew up in a small, coastal town in Victoria, Australia, surrounded by the sea. To the south, my entry point into the marine world comprised a sharp, rugged, yet beautiful coastline. Known to the locals as ‘the back beaches’, it is exposed to the strong currents of the Bass Strait. I would spend my weekends exploring the rocky tide pools, in awe of creatures that could survive in such a harsh environment. By contrast, the northern shoreline was washed by the calm, clear waters sheltered within Port Phillip Bay. In these tranquil waters I could often be found swimming underneath piers, looking for any fascinating animal that may happen across my path. When I was 10, my mother took me and my three younger siblings on a nine-month caravan holiday around Australia. We were home schooled, but our real classrooms were the tide pools, the rivers, the forests and the ocean. These childhood experiences inspired me to become a marine biologist, so that I could endlessly follow my curiosity and passion for the ocean.

I recently started my PhD in the Fish and Fisheries Lab at James Cook University Australia, which has a long history of applied research to help people, industries and communities better manage their fisheries, fish habitats and activities. My thesis is on the global conservation biology of wedgefishes and giant guitarfishes. These two families of shark-like rays are Critically Endangered due to their large size, the increasing loss of their habitat and their high exposure and value to fisheries and trade. However, we know little about their biology or the impact of fishing on their populations. My project focuses on the most common wedgefish species in the Indo-Pacific, the bottlenose wedgefish. I will be investigating the biology of two populations: one from South-East Asia (Singapore, Indonesia and Malaysia) and the other from northern Australia. In South-East Asia shark-like rays are targeted for their highly valued fins, which are considered among the most lucrative shark and ray products on the international market. The rays are caught mainly in countries such as Indonesia and Malaysia and then exported either as whole animals or sets of fins to Singapore and Hong Kong. Australian waters, on the other hand, are a refuge for shark-like rays, as targeted fishing is minimal and levels of management, such as devices to exclude by-catch, are high. I will be working with the NGO Dorsal Effect in Singapore and researchers from Northern Territory Department of Primary Industry and Fisheries to collect bottlenose wedgefish samples in Singapore and northern Australia. However, I’m a typical marine/fisheries biologist so the majority of my work is conducted at the computer, with a little time spent in the laboratory … and a lot spent dreaming of being in the field.

My focus is on applied research to improve the management and conservation of shark and ray populations. Overfishing has one of the biggest impacts on shark and ray populations. In order to manage stock and populations, we need to understand the species’ maximum length and ages and recognise how productive the population is and how fast it grows. This knowledge enables us to manage how much of the population can be sustainably fished and allow for population recovery if needed. In order to obtain this information, the age, growth and reproduction, known as the life history, of the species must be documented. The ages of sharks and rays (and their relatives) are estimated similar to trees, by counting the number of ‘rings’, or bands, in their vertebrae. Using the length measured when the animal was collected, length-at-age estimates are then applied to model the population growth. Fisheries scientists take this life history information to do risk and stock assessments. It can also be used to inform local, regional and national management plans, as well as international conservation arrangements.