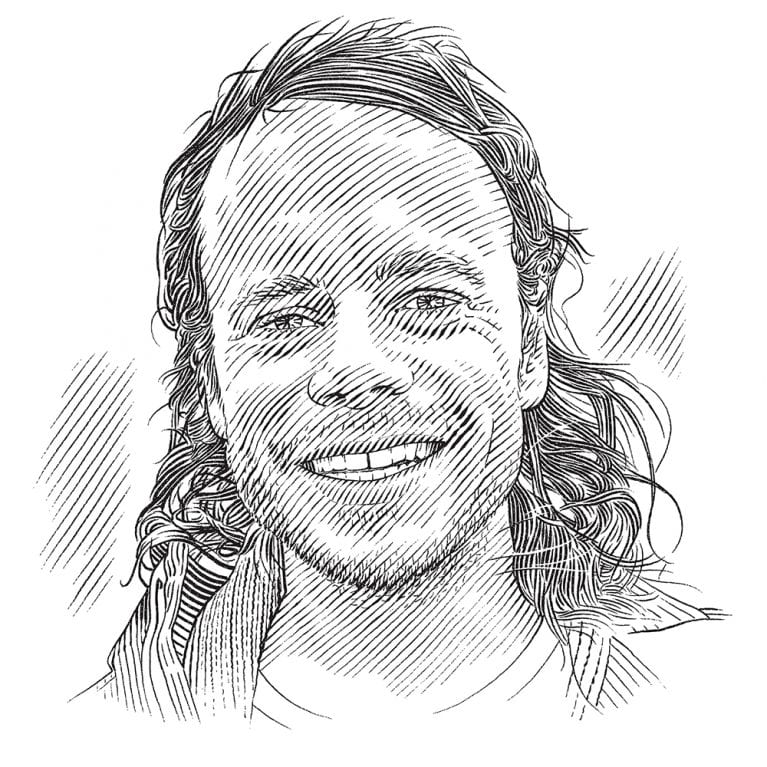 It’s funny the direction that life can take you in. I’ve always had a deep love for science and the natural world, yet the route that led me to white shark research and conservation was not, perhaps, the most conventional. Continuing from a Master’s project using neuro-imaging to investigate patterns of brain activity associated with Parkinson’s disease, and that from an earlier project looking at the neuroscience of addiction, I found myself at the University of Bristol looking for a PhD project with a view to continuing this line of work. That was before a serendipitous encounter with my soon-to-be supervisor, Tilo Burghardt. Tilo himself had recently met Michael Scholl at a conference in Hawaii, where they discussed trying to automate the process of recognising individual white sharks from images of their fins. Tilo, a pioneer in the field of animal biometrics, thought this would make an interesting project and said he’d see if any students might be interested in taking it on. At first glance the project Tilo put before me seemed a bit of a step from my earlier studies, but both fed my growing fascination with discovering patterns and meaning in large bodies of natural data. Added to this, the opportunity to work with the largest white shark image database of its time – one that Michael had collected while he was in South Africa – and the possibility that one day we would help to improve the understanding and conservation of one of the planet’s most iconic species, and I jumped at the chance. That was several years ago, and since then what started as a PhD now forms an integral part of the International White Shark Finprinting Database project.

Sandwiched between two national parks and the coast, it’s easy to be complacent about Southampton, a city on the south coast of England where I grew up and now work. And yet the south of England is not renowned for its population of white sharks! Instead, one of the key attractions to working here is that it enables me to maintain strong links with Bristol, Tilo and a small but growing community of students and researchers who work there. With ongoing projects focusing on the detection, recognition and monitoring of species ranging from manta rays to cows and chimpanzees, as well as white sharks, it’s a fascinating place to be! It’s also an important one, being one of only a handful of centres in the world that specialises in this still-emerging area of applied computer vision.

How long do white sharks live? How many white sharks are there in different regions of the world? Are these populations growing or getting smaller? Are the steps being taken to protect shark populations successful? Do individuals move between different regions of the world? Are there patterns to these migrations? Will these patterns change over time?

The ability to recognise individual sharks can be one piece in the puzzle that helps scientists answer these important questions. But how can the scientists tell individual white sharks apart? There are, in fact, several possible answers, but in our project, just as humans have individually unique fingerprints, so we exploit the fact that each shark has a unique notch pattern along the edge of its dorsal fin – it has a ‘fin-print’. These patterns have been exploited for some time, alongside tagging techniques, to gain insight into the lives and behaviours of white sharks. The difference with the current project is that we are attempting to identify white sharks on regional and international scales – scales never attempted before.

To do this, we’re using modern computer vision techniques that can help scientists recognise individuals efficiently, with the intention of combining them with an online database that will allow scientists to store and share their identification data. Even with this technology, however, it is the first task, that of working out how many individuals there are and sorting historic sightings into different individuals, that is the most challenging. For example, with ‘just’ 20 000 of the sightings collected over the past 20 years in South Africa, there are, in theory, just shy of two hundred million possible pairs of sightings that could be compared. And yet, along with the hard work of our collaborators, we continue to reduce the complexity of the task with the ultimate hope of making a reality of what, until quite recently, would have seemed impossible.