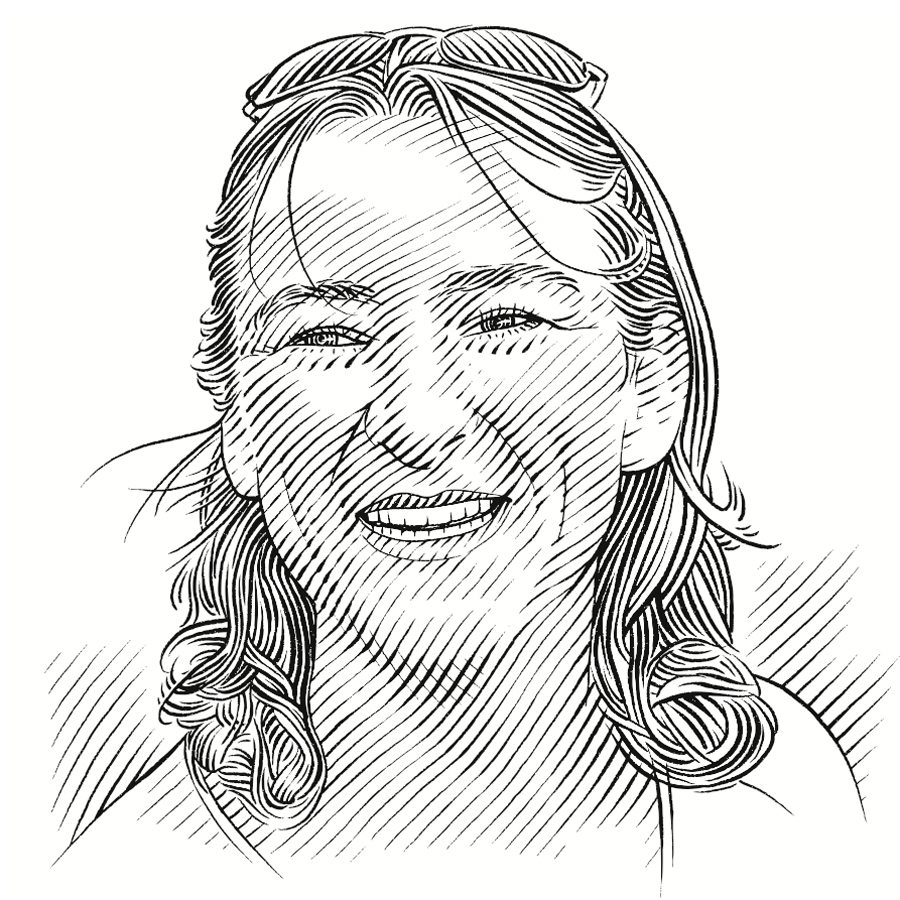 As a French marine biologist based at the oceanographic research centre in Brest, north-western France, I first focused on sharks 15 years ago, when I embarked on a project on basking shark ecology and movement patterns. I am now involved in the organisation Des Requins et des Hommes (DRDH; Sharks and Humans), which aims to bring shark conservation and human activity closer together in some of the areas that are most critical for elasmobranchs.
My interest in sawfishes developed during a year-long sailing trip in western Africa, which presented me with a unique opportunity to learn about the subregion. Sawfishes are critically endangered and had been presumed extinct in West African waters for 15 years. However, meetings with local fishermen convinced me that these rays still occur occasionally and that there is an urgent need for conservation action. I teamed up with Mika Diop and George Burgess, both experts in shark research, to form AFRICASAW. We have three main objectives. We aim to locate key areas for sawfish populations. We will create, train and manage an “Alert network” which ensures that all sightings, catches and trade of these animals will be recorded. We also want to communicate with communities in order to minimise human interactions with Pristidae and reduce mortalities. We are determined to reverse the dramatic decline in western African sawfishes and first presented this ambitious objective to the IUCN sawfishes meeting held in London in 2012.

The first AFRICASAW field expedition was conducted in December 2013 in Sierra Leone and Guinea-Bissau, where we partnered with local fisheries scientists from the Ministries and travelled along the coast and up river estuaries of the two countries. The tour gave us the opportunity to speak to 850 fishermen directly and make them aware of the need to protect sawfishes, and word spread further to about another 6,000 indirectly.
In Guinea-Bissau our team comprised Inluta Incom from the National Shark Focal Point and Ceuna Quade from the Centro de Investigação Pesqueira Aplicada (CIPA). We visited 38 strategic villages to speak to local people about the predicament that sawfishes find themselves in and to collect data about sawfish catches. Our intention was to enlist the villagers’ help in monitoring the presence of sawfishes by means of an ‘alert network’.
Aissa Regalla, who heads species conservation at the Instituto da Biodiversidade e das Areas Protegidas, and technicians from the national Marine Protected Area (MPA) accompanied our team into the field to share their invaluable knowledge about local biodiversity and habitats as well as indigenous traditions and languages.
In Sierra Leone, AFRICASAW team Lahay Sisey from the National Shark Focal Point and Mohamed Kamara and Charles Baley from the Ministry of Fisheries and Marine Resources accompanied Justine Dossa and me on a 700-kilometre trip for the same purpose. Departing from Freetown, we travelled by 4×4, speedboat and motorbike around the country’s jagged coastline.

During each meeting we learned about the village chiefs’, harbour masters’ and fishermen’s extensive traditional knowledge of their natural heritage. In most places, the local authorities reacted quickly to our arrival and our team was led to the centre of the village to sit down and talk. We would offer traditional gifts like tobacco, local rum or a small tip. When these had been accepted, our local partners explained the reason for our visit and we were welcomed. Then the interview would begin.
Once we started to talk, the number of people around us often grew to an impressive crowd. Most of these were fishermen, who were aware of the sawfishes’ plight and were as concerned as we are. Although sawfishes are not deliberately targeted, they are often caught as by-catch in gill nets, a fishing method not practised by traditional fishermen.
Most of the villages accepted our invitation to become part of the Sawfish Alert Network and were given a laminated information poster that explained what they should do if they found a sawfish in their net. Printed on the poster was the mobile phone number of the AFRICASAW representative who will be in charge of coordinating the network. Some ‘sawfish friend’ T-shirts promoting the Alert Network were also offered to the village authorities.
In addition, we recorded numerous personal accounts of interactions with sawfishes, especially in relation to these rays’ biological behaviour and their traditional uses and the symbolism surrounding them. This research provides evidence of the actual presence of the common sawfish Pristis pristis and smalltooth sawfish P. pectinata in both countries.

Most of the villagers we spoke to mentioned the significant decrease in sawfish catches over the past 15 to 30 years, identifying the major cause as the increase in destructive fishing methods: demersal trawlers in Sierra Leone and bottom-set nets in Guinea-Bissau. Nevertheless, some sawfishes have been caught every year since 2010 (14 in Guinea-Bissau and eight in Sierra Leone), and in some specific areas they have included juveniles and mature adults.
As the next step in our research, our team is keen to experiment in a scientific fishery in these key areas. Sawfishes still exist in western Africa; local people show interest in fighting to protect them and we will do our best to act hand in hand with them!

After 15 years of presumed extinction, Armelle is working with local communities to save the region’s remaining population of sawfishes – the world’s most endangered marine fish.