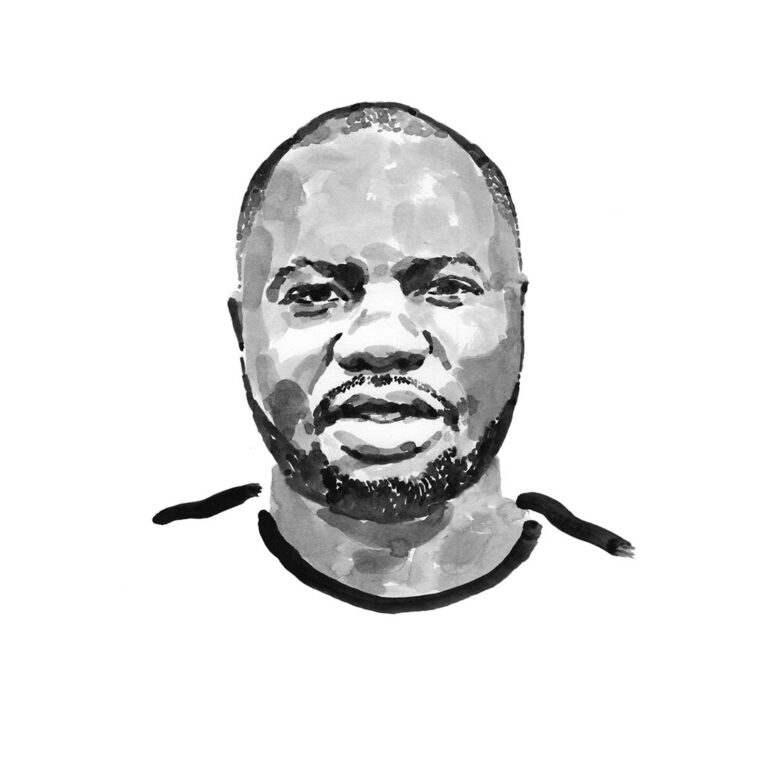 A native Cameroonian, I was born in the coastal city of Douala and spent my childhood there. I enjoyed swimming with my friends despite my parents’ ban. I grew up in a social environment where all animals were perceived primarily as meat. My perception of wildlife changed during an ecology class of my Master’s programme, when I realised that wildlife species may go extinct if they are exploited unsustainably. I took the initiative to study one of them, the African manatee, in a protected area called Lake Ossa. It was my first encounter with a live animal species in the wild. It was exciting, but my joy quickly mixed with sadness as it became clear to me during my field survey that African manatees were being relentlessly hunted, mainly for food. I decided to take action. After completing my Master’s degree, I founded a small local NGO, the African Marine Mammal Conservation Organisation (AMMCO), with the aim of protecting the African manatee and other large aquatic wildlife species in Cameroon. Since I did not possess a research boat or adequate field equipment, and realising that local fishers were very knowledgeable about these elusive animals, I created a citizen science platform and a mobile app so that they could make contributions to the scientific knowledge of these poorly known animals. The data generated through this initiative showed me that elasmobranchs are the most threatened taxa of large aquatic wildlife in Cameroon, as they represented 97% of the reported by-catch. After addressing manatee poaching in Lake Ossa, protecting elasmobranchs and cetaceans became my next battle and I advocated for the legal protection of five cetacean species. Having recently completed my PhD in veterinary medical sciences at the University of Florida, I would like to apply the conservation genetic skills I acquired there to protect the endangered elasmobranchs of Cameroon.

I founded and lead AMMCO, a non-profit organisation in Cameroon that is based in a small city called Dizangue. My work spans Cameroon’s 400-kilometre (250-mile) coastline, where my team and I engage with fishers who participate in our citizen science programme. The coastal area of Cameroon provides a variety of habitats, including important mangrove forests found mainly at the Rio-del-Rey and the Cameroon Estuary and smaller forests dispersed at the east and west of Mount Cameroon and along the estuaries of other rivers. The coastal waters are very turbid, especially on the southern coast. On the northern coast, at the foot of Mount Cameroon, they can be very clear at certain times of the year (between October and December), which could explain the higher concentration of seagrass and corals there. In 1995 it was estimated that more than 24,000 fishers were active along the coast of Cameroon, 82% of whom were foreigners. The industrial fisheries consist mainly of trawlers and shrimp fisheries and there are constant conflicts between them and the artisanal fisheries, as they encroach on the area reserved for the artisanal fisheries.

Surveying marine wildlife can be very challenging, especially in developing countries like Cameroon where access to adequate aquatic field equipment, such as a research boat, is extremely limited and funding for marine wildlife conservation is scant. Unfortunately it is in these countries that marine wildlife, including sharks and rays, are the most threatened. To get around this challenge, I created a citizen science platform for fishers and a mobile app that enables them to record chance sightings of living and dead elasmobranchs and other aquatic wildlife. Our daily routine usually consists of checking the SIREN website and making sure that fishers collect and upload sightings. Each morning, we visit fish landing sites to estimate the number of elasmobranchs taken as by-catch and to measure them. Twice a week my team patrols the beaches in search of stranded animals and turtle nesting activity. These data are uploaded onto the SIREN database and displayed on a web map for public view. They are also shared on the iNaturalist platform for a global audience. We benefit from the identifier community of iNaturalist, who help us by providing the identity of species based on the photos uploaded. The data will serve to establish the first atlas of the elasmobranchs of Cameroon. Molecular genetics is a great tool to assess the conservation status of a species in a given area without conducting a census. During market and fish landing surveys we will collect tissue samples of threatened elasmobranch species. The samples will be transported to a partner lab where the DNA will be isolated, amplified and sequenced. The analysis of these data will tell us more about the genetic diversity of the threatened species and the size and structure of their populations, and will indicate how we can better protect them. As part of our outreach, we frequently visit schools to educate students about the importance of elasmobranchs.

Project
Combining community and genetics for conservation in Cameroon