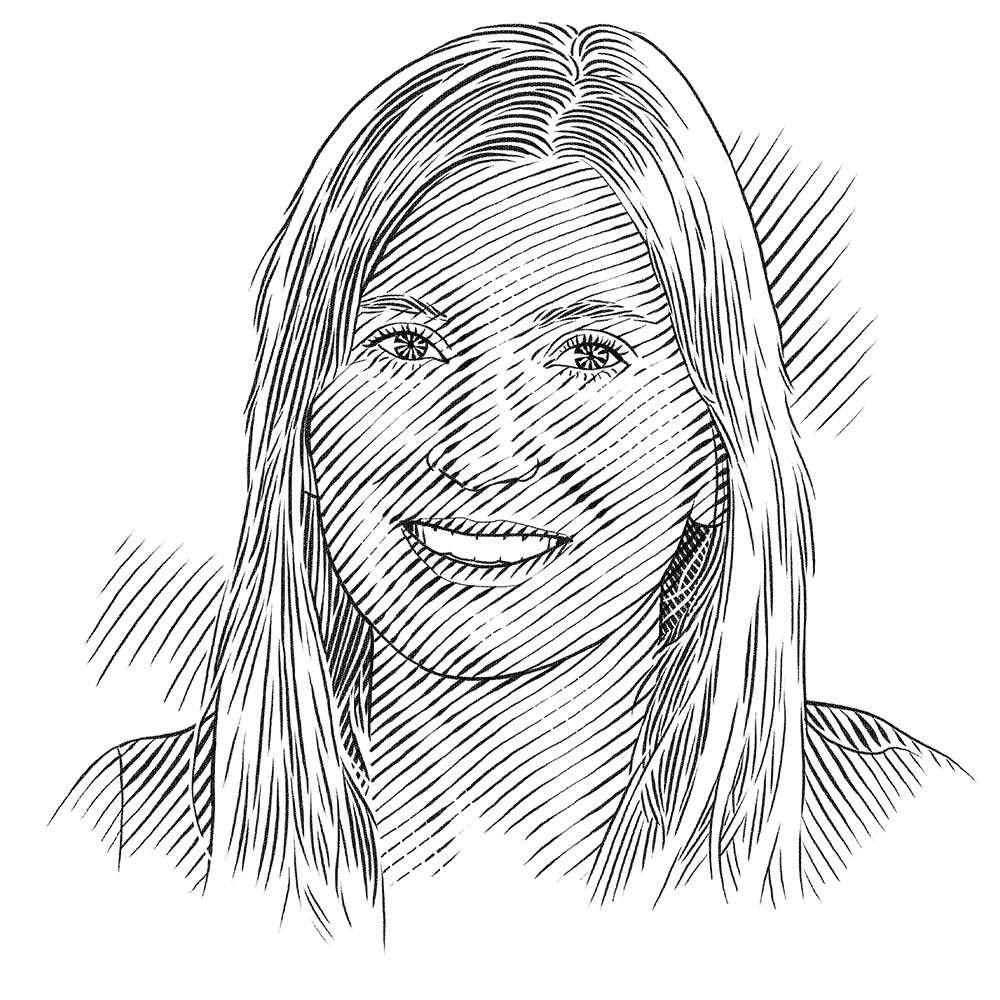 Currently, I live in sunny southern Florida about three kilometres from the beach. But this wasn’t always the case. I grew up in Toronto, Canada, almost as far from the ocean as you can get – and yet still very close to water. In those days I lived about three kilometres away from Lake Ontario, one of the five Great Lakes of North America. If you haven’t seen the Great Lakes, you are missing out. They have that name for a reason – they are just enormous! The shoreline runs as far as you can see, and when you look out over the water it feels as if you are staring out over the ocean – there’s no chance that your eye will pick out the opposite side. This is how I grew up: next to, in or on the water – swimming, canoeing and sailing – and I loved it. The other thing I remember about growing up next to the water was always being fascinated about what lived in it.

Since my early years were spent next to lakes, I learned mostly about freshwater fishes, like perch and sunfish, but my interest didn’t stop there. My absolute favourites were fish that were much bigger and weren’t found a few kilometres from my doorstep: sharks. I will always remember hunkering down in front of the television to watch documentaries on sharks, and on family vacations I would insist on visiting the local aquariums to get a face-to-face look at these mysterious creatures.

As I grew up, my interest in the water and the life below its surface didn’t fade. After high school I attended the University of Guelph, a great college about an hour from Toronto, where I earned my Bachelor’s degree in marine and freshwater biology and my Master’s in zoology. During this time I studied mostly freshwater fishes – and thoroughly enjoyed it – but it felt as though something was missing. I wanted to learn more about marine life, and about sharks in particular.

For the past seven years I have been working in South Florida, USA, at Nova Southeastern University’s Oceanographic Center – or OC as we call it – which houses the Save Our Seas Shark Research Center (SOSSRC). The OC is a small academic community cloistered at the end of a lush state park and only a few metres from the Atlantic Ocean. The park itself is always full of life, both human and animal. At holidays and weekends, tourists and locals often pack its sandy beaches for some R & R, but at other times the park is almost empty and the local wildlife takes over. In summer, small sections of the beach are cordoned off with thick red tape to protect sea turtle nesting sites. And large green iguanas, often a metre or so in length, can be found sunning themselves at the side of the road or hiding in trees.

The OC has evolved considerably over the years. What started as a small satellite facility in the 1960s, with some offices actually in a floating houseboat, has turned into a state-of-the-art and architecturally award-winning oceanographic research centre. Inside this new research facility is the high-tech and CSI-like genetics lab of the SOSSRC. But there is more to the SOSSRC than just a genetics lab; it is also home to a diversity of scientific researchers, including field biologists and hands-on shark trackers. Combined, the scientists of the SOSSRC provide stakeholders, fishery managers and the general public with a holistic view of shark biology and connectivity. Our mission is to help conserve some of the largest and most misunderstood animals of the ocean – the sharks.

Most people may think that marine biologists spend most of their time either scuba-diving in the open ocean or having adventures on research vessels in exotic places, but that is seldom the case. I’m not saying that I have never hung over the side of a boat wrestling a shark caught on a line, but about 99% of my time is spent working in a genetics lab. What I do on a day-to-day basis may not look that glamorous, but the knowledge gained from what I do is quite amazing!

One of the key aspects of my work is analysing DNA from fishes in need of conservation and using this information to better understand the fascinating ways in which they function. Just as in human forensics, the details in the DNA can be used to track an individual fish. The information we get from DNA is so versatile that we can use it to determine relatedness among individuals, illuminate mating interactions, trace the species and geographic origin of body parts in international trade (such as shark fins) and determine the level of mixing or interbreeding that occurs among geographically distant groups or stocks of fish.

I study the DNA of a number of marine organisms, including groupers, billfish and even marine sponges, but most of my work is on sharks. One of my most amazing research projects involves studying the global genetic connectivity of tiger sharks. Over the past few years I have been working with international collaborators – many of whom are part of the Save Our Seas Foundation – to collect tissue samples from tiger sharks caught around the world. Once I have this tissue, I analyse the DNA and compare the genetic signatures of tiger sharks from all parts of the planet to assess their rates of connectivity or mixing.

At this point you may be asking yourself why anyone would bother with this type of work. Well, the information we get is incredibly important, especially for large marine species that are heavily overfished and endangered. This is because understanding how shark populations are connected can point the way to managing or conserving them. For example, if two groups of sharks mix readily, they need to be managed as a single population. Since many sharks are extremely large and highly mobile, a single population can cover thousands of miles of ocean and often cross into waters managed by different countries. This means that managing some shark species requires international coordination. On the other hand, if groups are not linked demographically, each one needs to be managed separately to protect its unique genetic diversity and future health. Separate management in such cases is also essential because if one population is overfished, it will not easily be replaced by sharks from different areas.

Conserving sharks and other marine life can be difficult, but it would be impossible without the millions of person-hours that have been spent studying them, whether in the water, on the water or in the lab. And while some people may think you need to study the whole shark to get a glimpse of the bigger picture, the secrets held in the DNA from a tiny tissue sample can provide volumes of information about the life of a species. Often, digging into the DNA is the only way to shed light on shark behaviour that may otherwise remain hidden.

Tiger sharks live in warm temperate and tropical waters throughout our oceans and travel huge distances. Andrea uses genetics to asses which populations are interbreeding and how genetically diverse they are.