Save Our Seas is proud to announce that Outdoor Photographer Magazine has named SOSF Chief Photographer, Thomas P. Peschak as one of the 30 most influential nature photographers in the world. He is being recognized for his hard-hitting reportage work on shark fisheries and his inspirational documentations of our planets last pristine ocean realms. This recognition is a great way to finish off a very busy 2010 for Peschak and the SOSF Conservation Photography Unit.

Conservation photography expeditions to Sri Lanka, Oman, United Arab Emirates, Canada, South Africa and the Maldives have kept him in the field for more than 300 days. 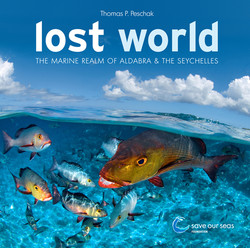 Photo (Left): The cover of the Lost World book

Amongst dozens of conservation feature magazine articles in publications such as BBC Wildlife, WEND, Africa Geographic, Virginia Quarterly Review and others, a major highlight of 2010 was the publication of the book LOST WORLD: The Marine realm of Aldabra. With a foreword penned by the President of the Seychelles, this book garnered great reviews and is well on its way to becoming an important tool to ensure that Aldabra remains one of the most pristine marine environments in the Indian Ocean. Images from the expedition received awards in both the 2009 and 2010 BBC Wildlife Photographer of the Year competition.

In September 2010, Peschak joined a small team of the world’s best photographers and traveled to Canada’s Great Bear Rainforest on a RAVE (Rapid Assessment Visual Expedition ) to document the regions marine biodiversity. This project, in partnership with the International League of Conservation Photographers and Pacific Wild, aimed to create an inspirational visual portrait of one of the world’s last true coastal wilderness currently threatened by the construction of an oil pipeline. These photographs are one of the most potent weapons in the conservation arsenal and will be used to ensure that neither pipeline nor oil tankers will spoil this wilderness jewel.

2010 also saw a whole host of SOSF photographic exhibitions, including showings of Shark: Apex Predator, Human Prey and Lost World of Aldabra at the BLUE Ocean Film Festival in Monterey, California and at the Telluride Photography Festival in Colorado. A selection of endangered marine mammal images are on permanent display in the South African Museum in Cape Town. 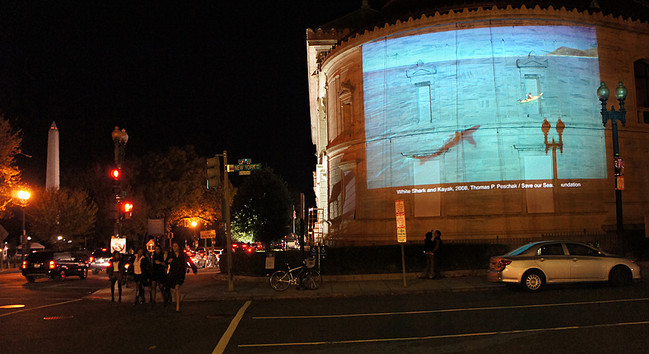 During 2010 Photo Week in Washington, DC a selection of Peschak’s shark conservation images were projected outdoors onto some of Washington’s DC’s major landmarks and buildings. SOSF Conservation Photography work was also featured in two documentaries; first in WITNESS about the global conservation photography movement and then in SPOILS, which tells the story of the photographic expedition to the GBR Rainforest. 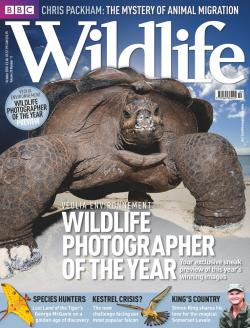 Photo (Left): The cover of BBC Wildlife magazine featuring one of Tom’s images from Aldabra

Peschak finished the year by returning to the Maldives and Sri Lanka to complete his photographic work on a book about manta rays. In 2009 the publication of a story on manta rays of Maldives in National Geographic played a major role in the establishment of the Hanifaru marine reserve and the book is to provide the rays with a long lasting conservation legacy. In Sri Lanka, in partnership with marine scientist Guy Stevens, the SOSF Conservation Photography Unit initiated a scientific and photographic study of manta ray exploitation. The aim is to produce fisheries guides and awareness articles to lay the foundation of the conservation and management of manta and mobula ray populations in the Indian Ocean. 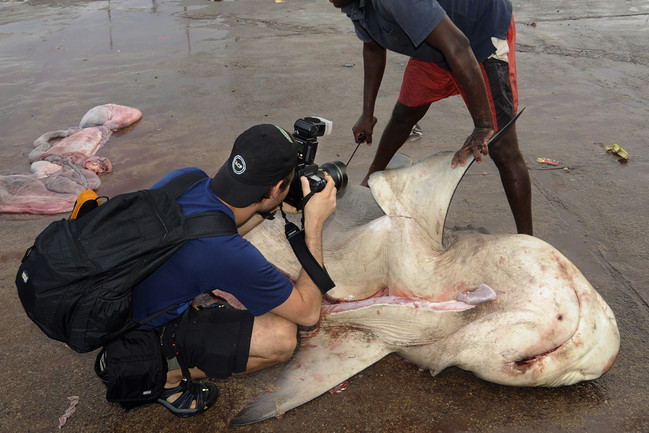