When I first read the phrase “passive acoustic monitoring” I pictured a crew of marine biologists on a snazzy research boat, wearing special headphones and listening to trippy sounds from the sea floor. I was fascinated to hear what a great white sounds like.

As it turns out, they are dead silent and my assumption was way off.

An acoustic tag is a small electronic device that emits a series of “pings” at different intervals, in this case roughly every 2 minutes. They operate at a frequency that humans can barely hear. Each tag emits an audible code creating a unique “barcode” for the animal it is attached to.

Over the years SOSF funded scientists, like Alison Kock and her team have spent hundreds of hours at sea, attaching acoustic tags to sharks to learn more about their movements. Tags can either be attached externally to the body or implanted internally inside the abdominal cavity. They can now last for up to ten years, and tagged sharks will emit unique pings wherever they swim. The problem is, all that pinging is not very helpful if there is nothing around to hear them and decipher the codes.

Acoustic monitoring requires two components: the transmitter (tag) and the receiver, which sits on the ocean floor and records all the pings of all the tagged animals that come into the area.

In South Africa, these receivers are part of the Ocean Tracking Network (OTN) and Acoustic Tracking Array Platform (ATAP). This system is run by the South African Institute for Aquatic Biodiversity (SAIAB) and a range of partners, like Shark Spotters. Hundreds of sharks including white sharks, sevengill sharks, ragged tooth sharks, bull sharks and tiger sharks, as well as important fish species have been tagged along the South African coastline.

Their movements are being tracked by a receiver system that stretches from Hout Bay all the way to Ponto do Oura in Mozambique. South African scientists are working together to paint an overall picture of how these species behave along our coastline which will allow us to better manage and protect them in the future.

Last week, I had the chance to do some fieldwork with Alison Kock and Adrian Hewitt. Our task was to deploy 5 acoustic receivers in a curtain arrangement at Hangklip, near Pringle Bay and another 5 at Cape Point. This is what I learned: 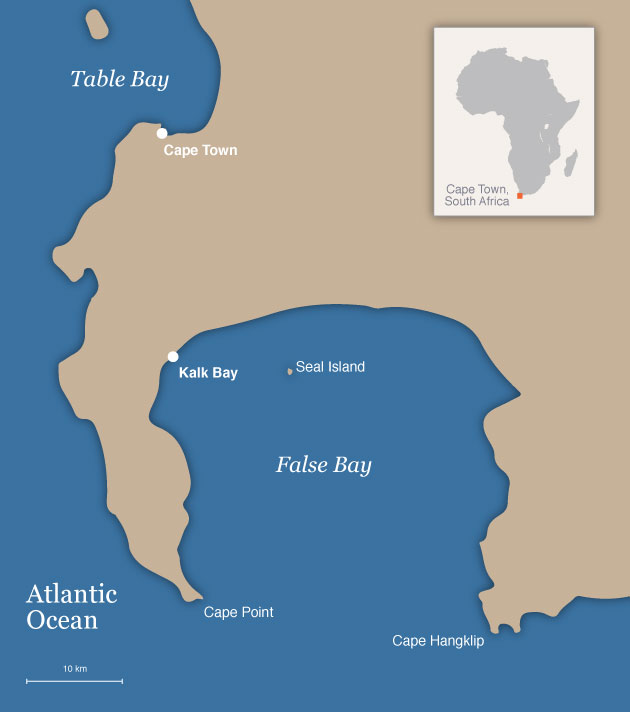 Step 1: Wake up with the seabirds to meet Alison and her team at
Simonstown Harbour. 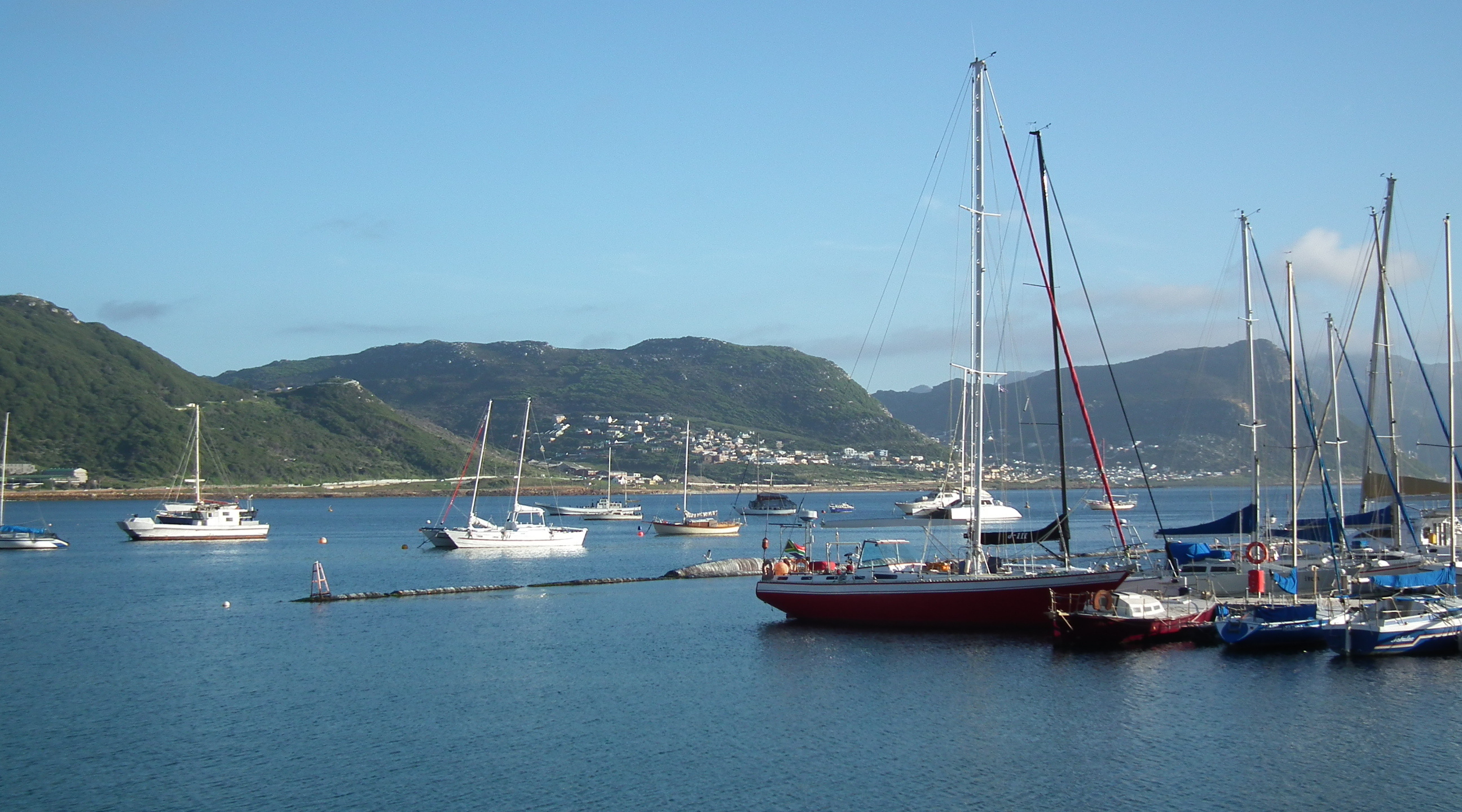 Step 2: Get Xiphodon ready for the day’s expedition. 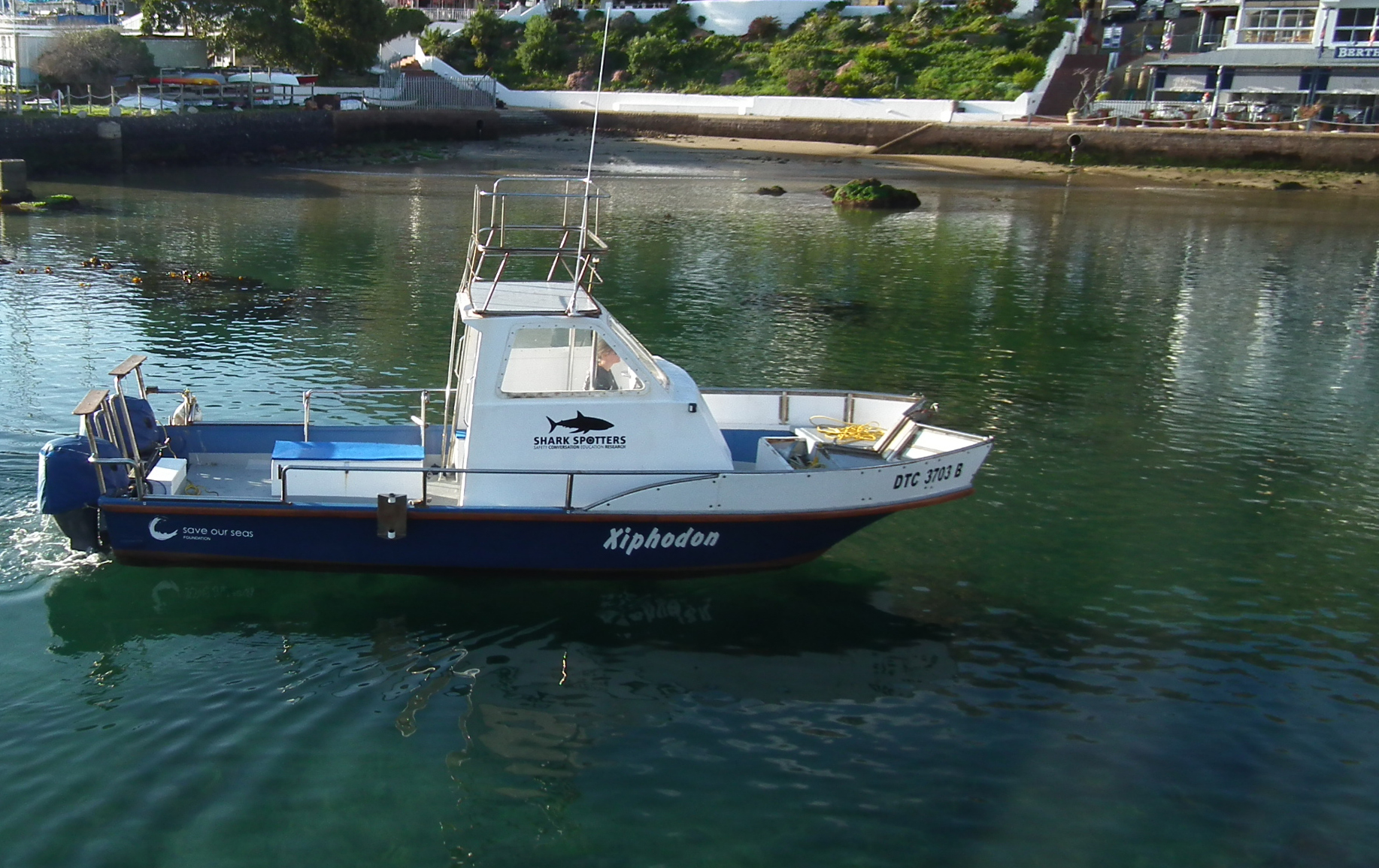 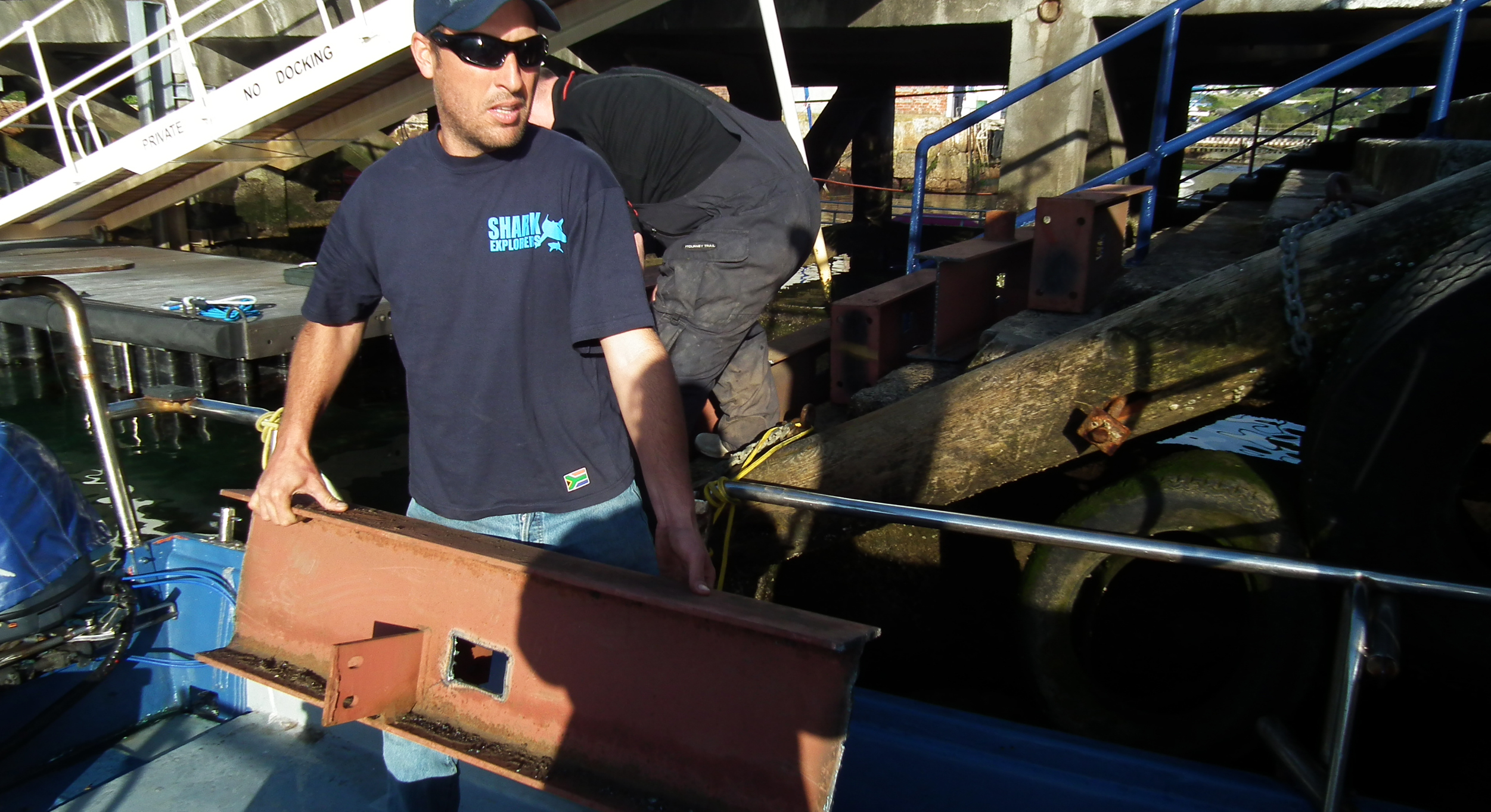 The moorings need to be heavy enough to keep the receivers in place until Alison comes back to collect them. For the next 9-12 months they will be under water listening for pings and storing them as data.

Step 4: Check that the equipment works 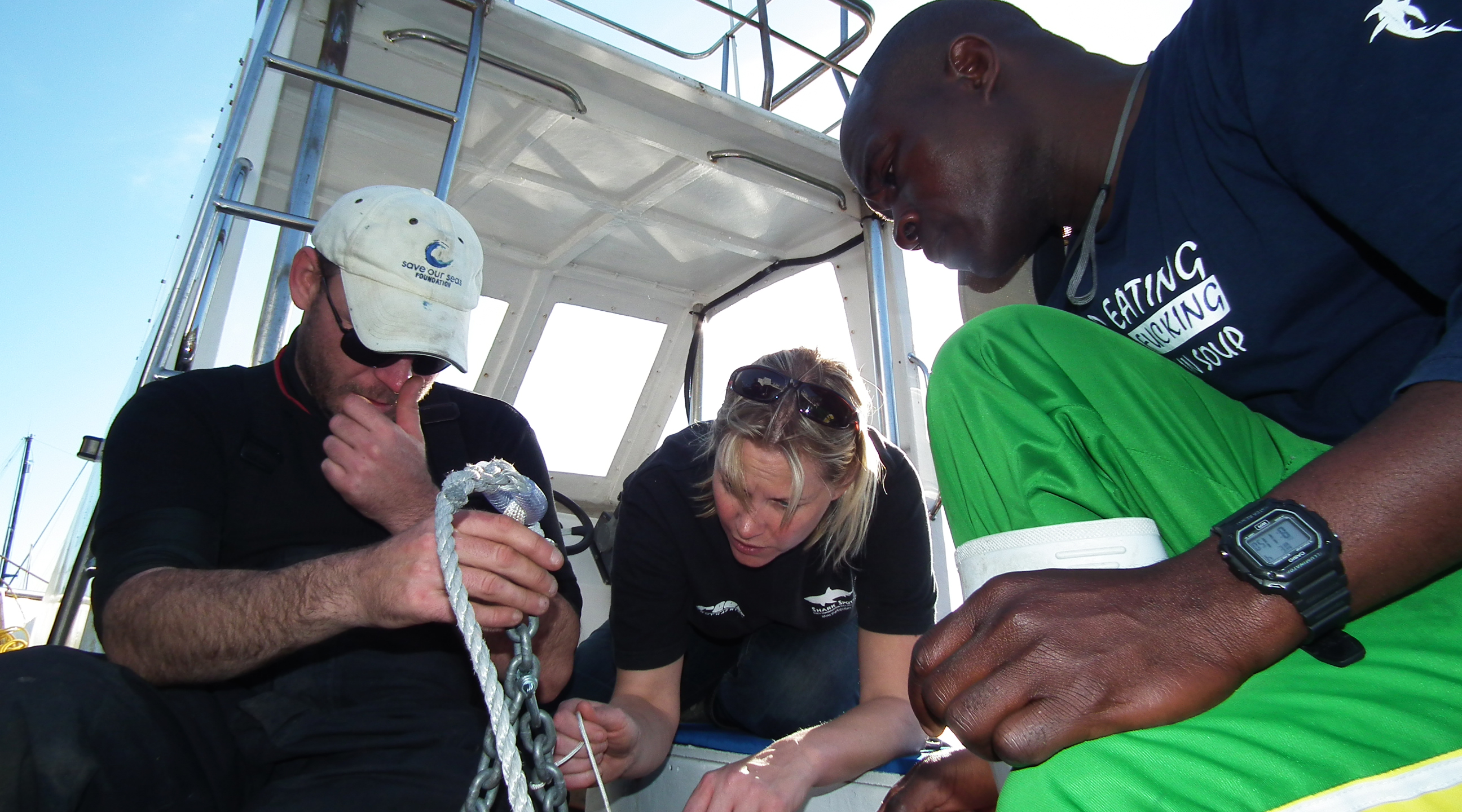 We had some trouble with the shackles. Luckily, as every practical person knows, cable ties solve the problem. 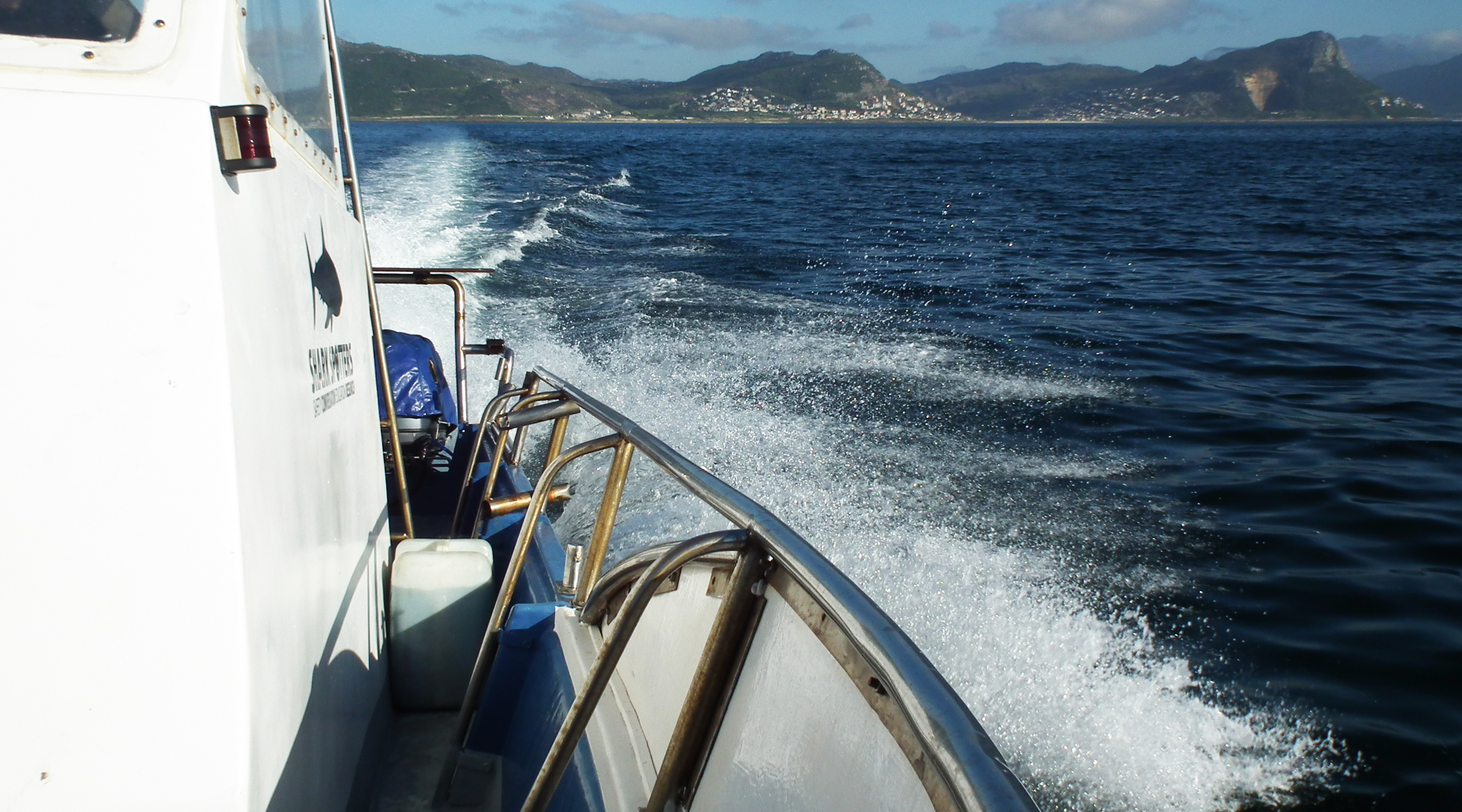 It was a beautiful, flat day and the trip was quick. It is not often that False Bay is this friendly. 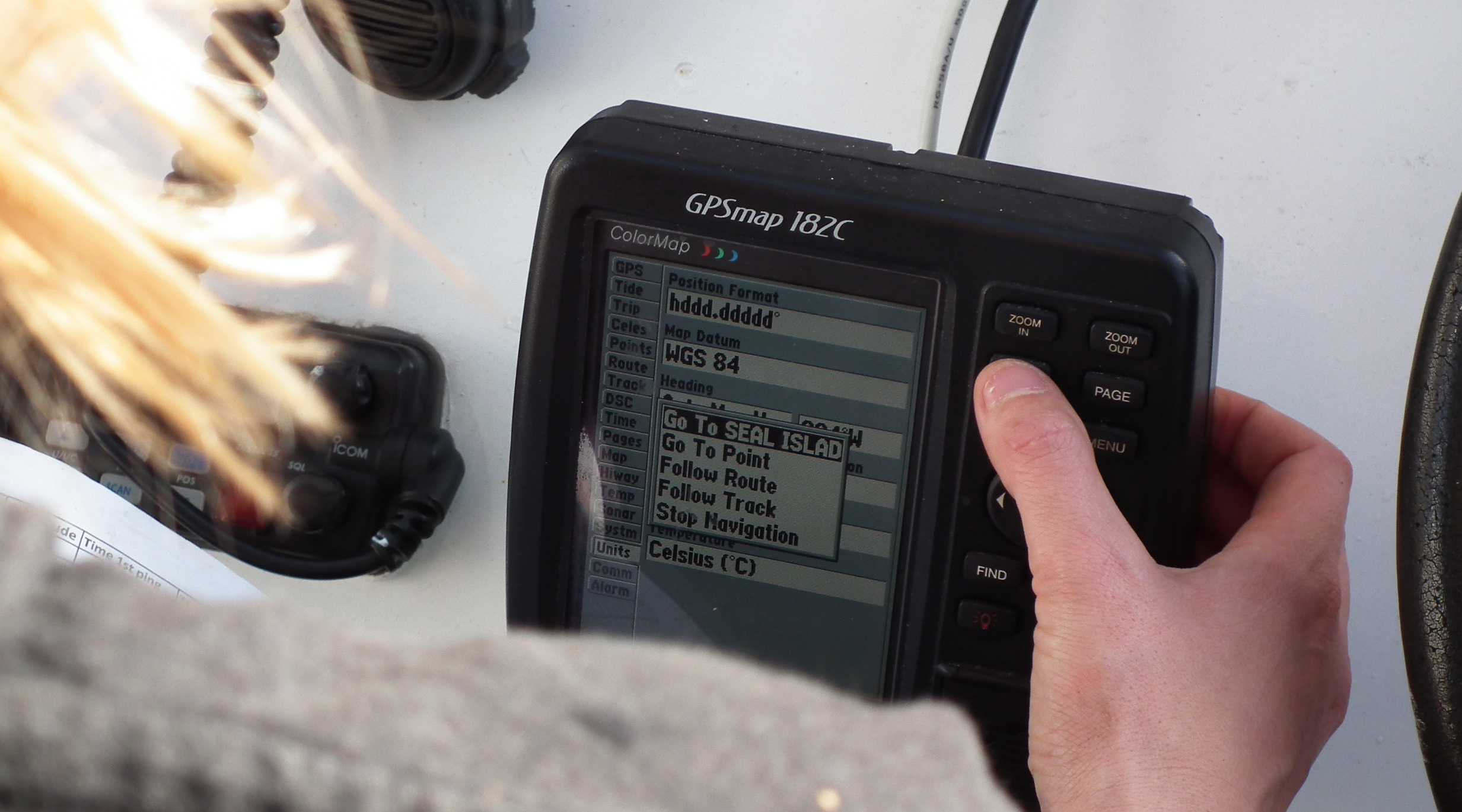 All mooring locations are entered into a GPS so that we can find the right spot to drop the receivers. It is important to put them in the right place so that we have scientific consistency.

Step 7: Get the receivers ready 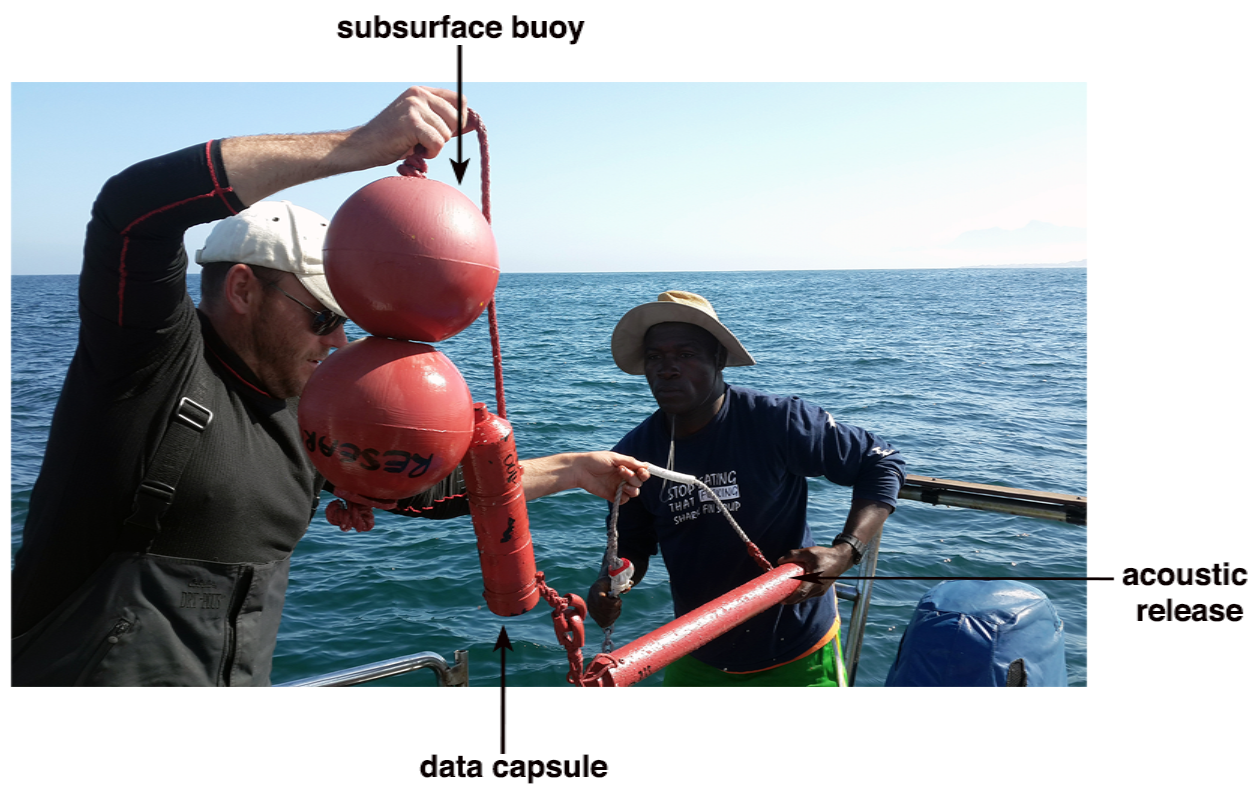 Receivers are made up of 3 parts: a subsurface buoy, a data capsule and a remote controlled acoustic release, which will allow scientists to retrieve the data capsule at a later stage. 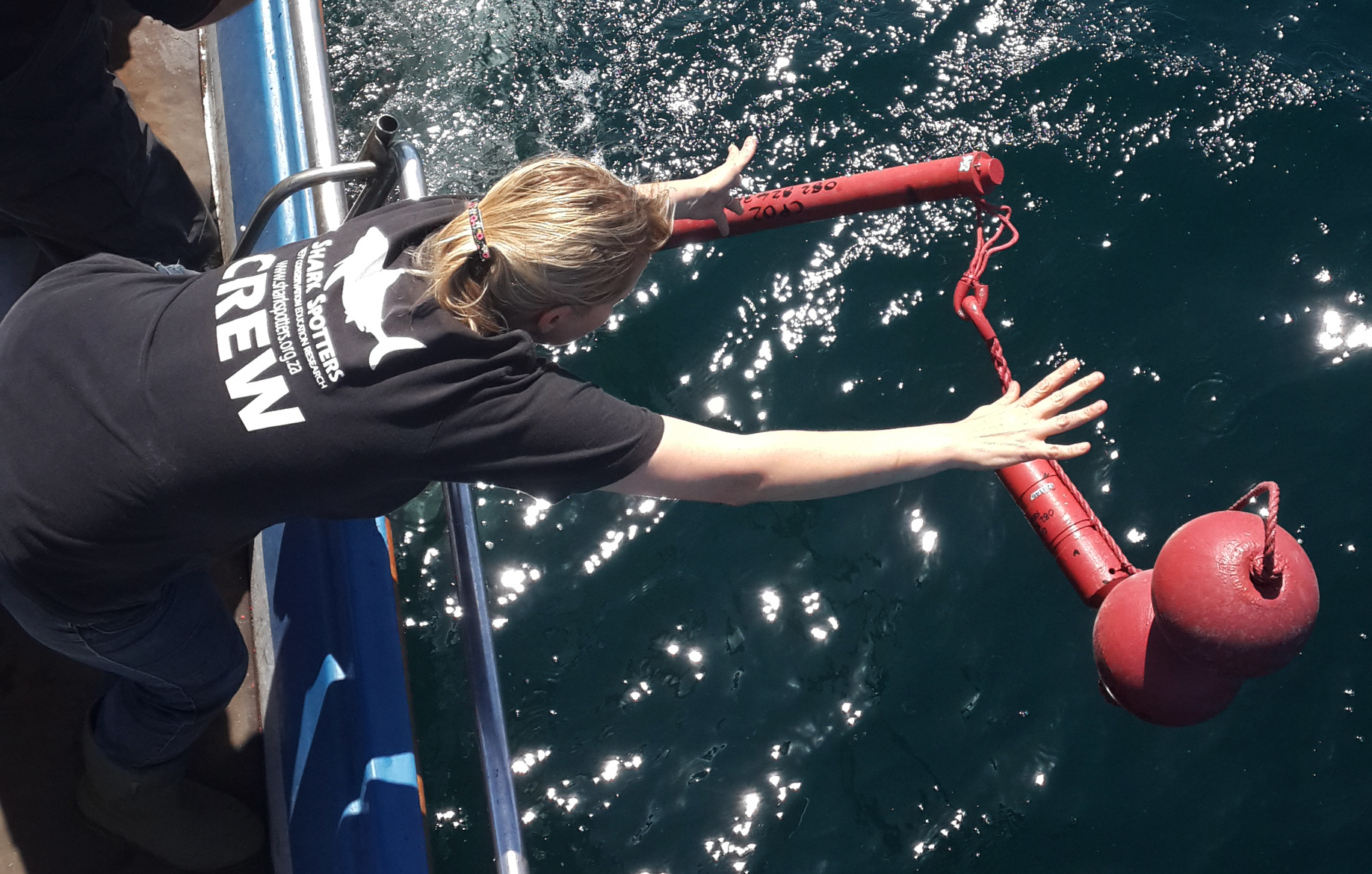 With some careful coordination, release the receivers on the count of 1..2..3..! 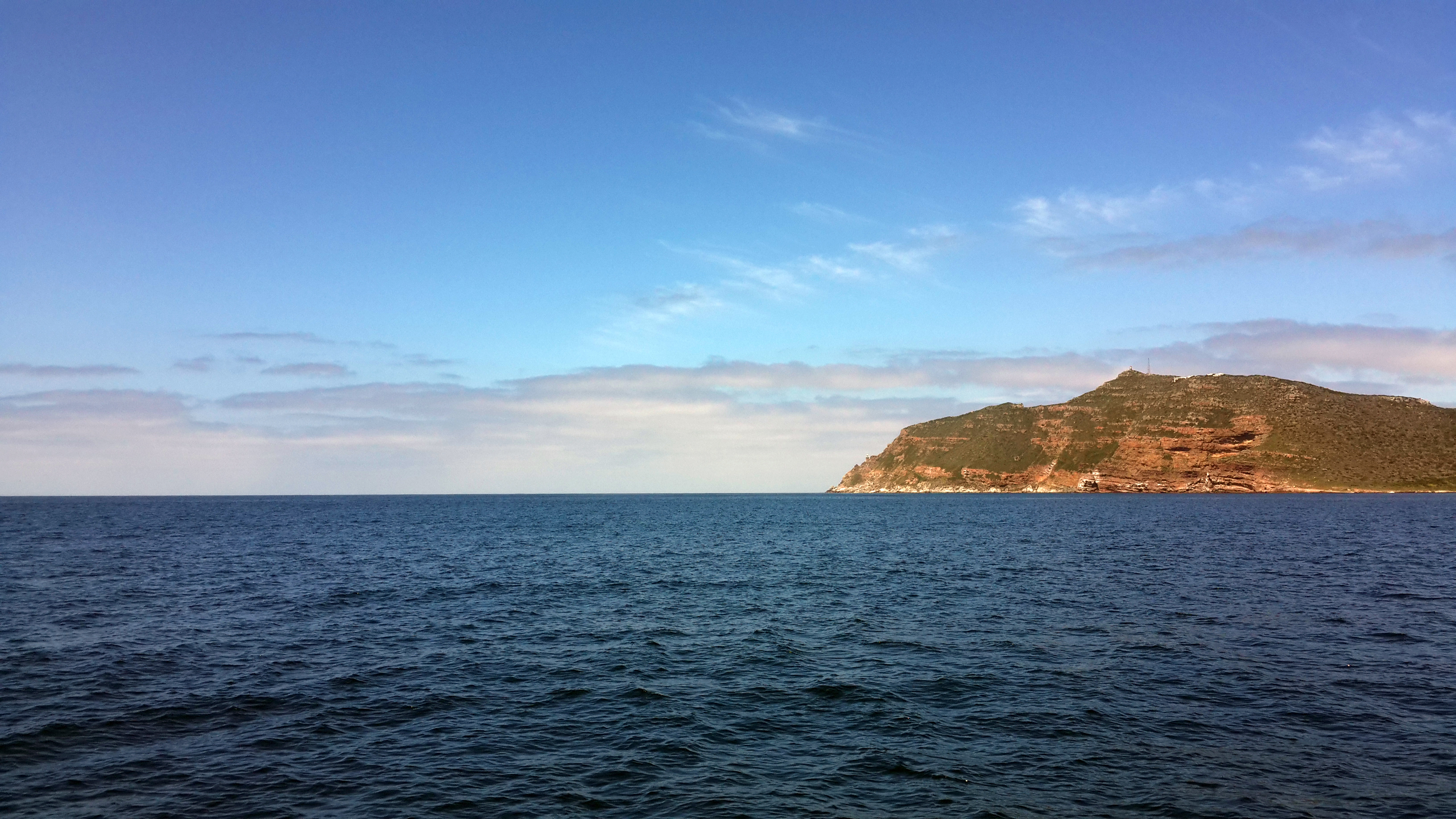 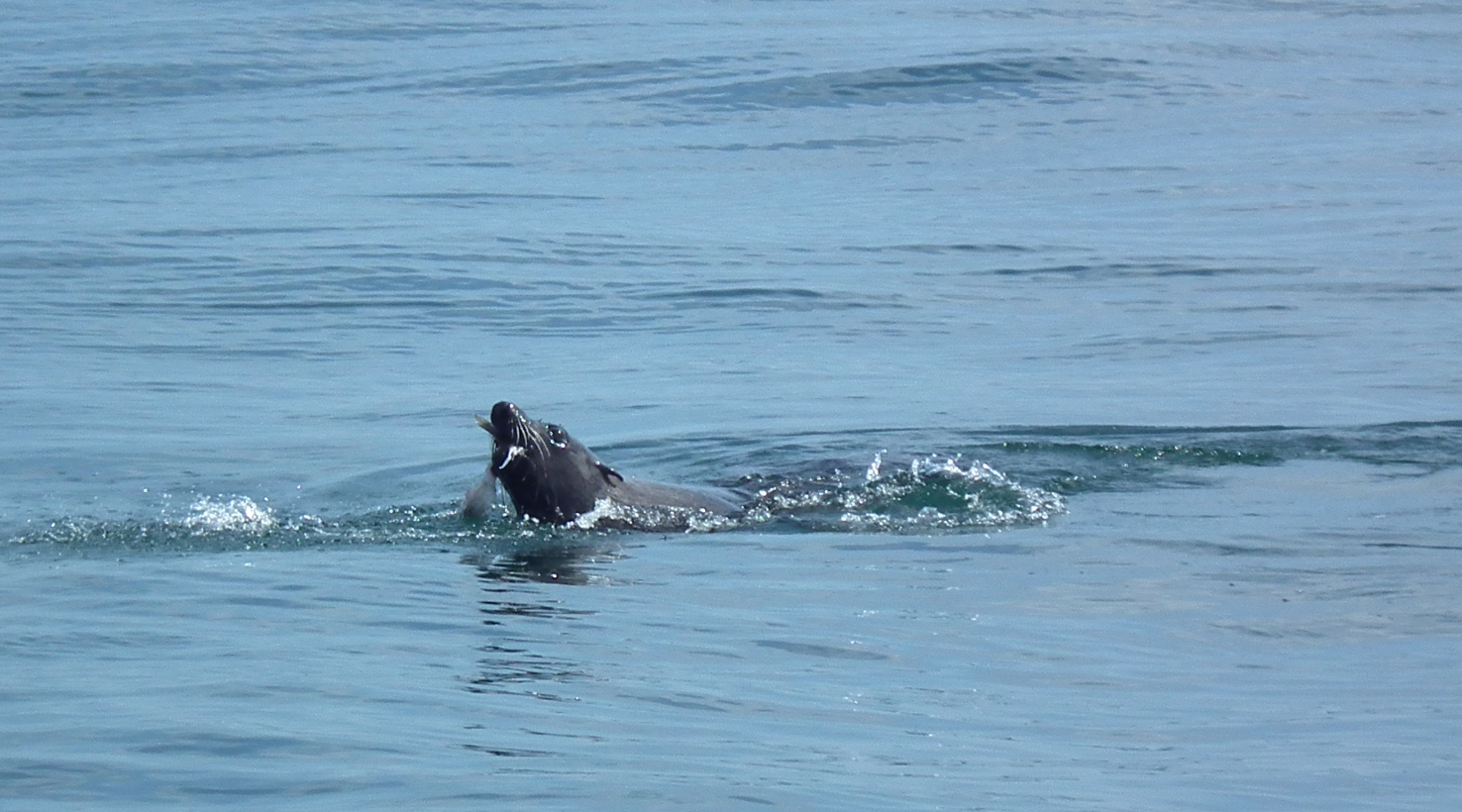 Wave at a False Bay seal on the way home

Philippa Ehrlich is the Media Co-ordinator for the Save Our Seas Converation Media Unit. The CMU is an exciting, recently launched initiative that will be experimenting with the best ways to use media for effective conservation. Look out for our upcoming posts and multimedia publications.