At the base of South Africa’s iconic Table Mountain, the scenic city of Cape Town is a hotspot for tourists during the warmer months (October to April) when thousands of people visit the city’s idyllic beaches. Throughout this time, the city hosts the second largest aggregation of white sharks in the world, creating a high potential for human-shark conflict. 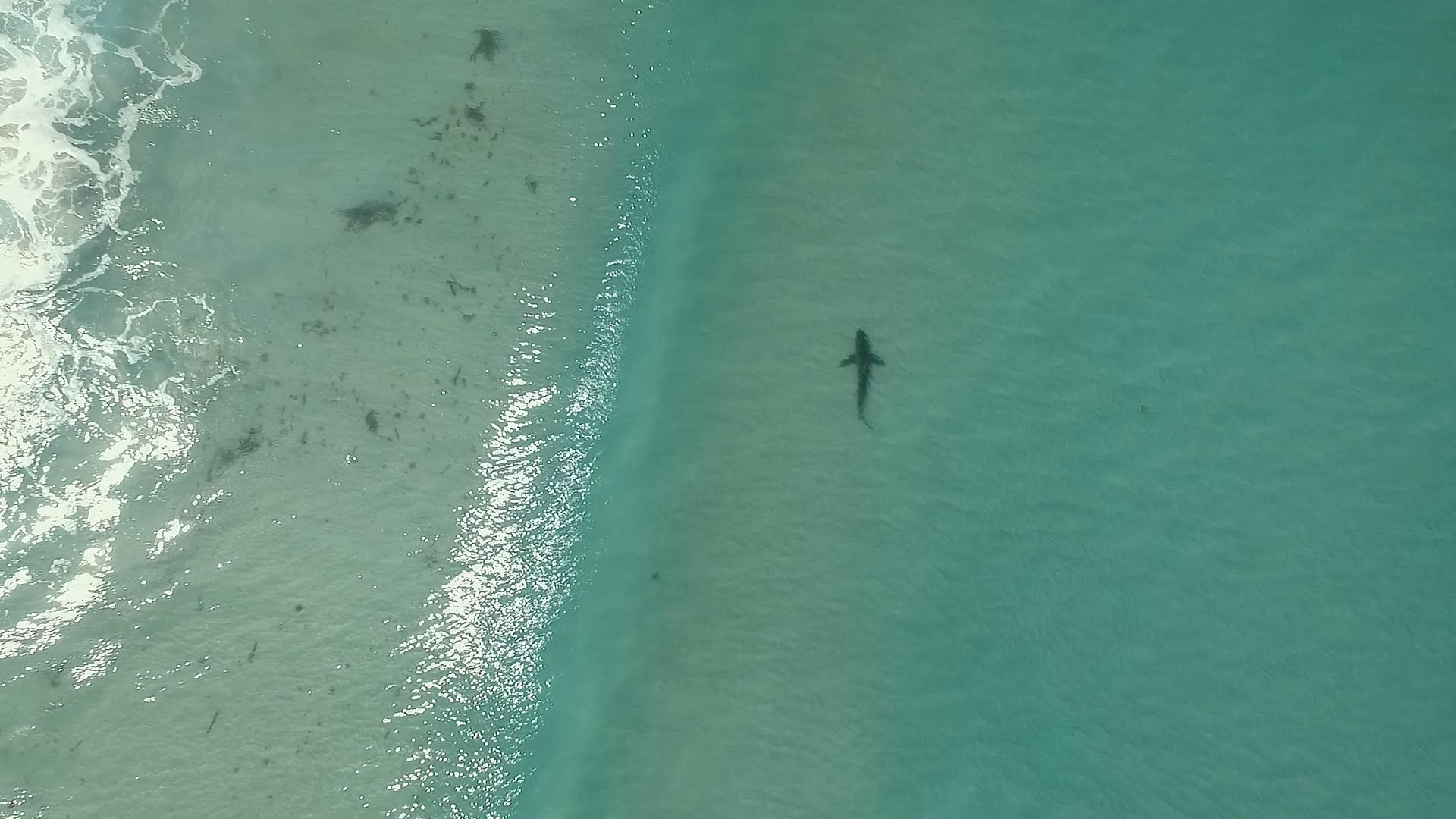 In Durban, an east coast city of South Africa, permanent shark nets have been deployed since 1952 to reduce the risk of negative human-shark incidents. These ‘gill nets’ have a large mesh size, stay in the water year-round, and are designed to kill marine species that become entangled. In recent years, the length of nets has been reduced and baited drum lines that target larger, potentially more dangerous sharks, have been installed to reduce deaths among non-targeted species.

‘Shark nets are designed to effectively catch anything that comes in contact with them,’ says Save Our Seas Foundation (SOSF) CEO, Michael Scholl. ‘While these nets successfully reduce the risk of human-shark encounters, they also indiscriminately kill a wide variety of marine animals, many of which are threatened — including whales, dolphins, turtles and certain species of sharks which pose no risk to humans.’

Given the importance of sharks as ecosystem regulators which are vital to the health of our oceans, Michael believes more sustainable solutions can be put in place. In Cape Town, SOSF Partner organisation, Shark Spotters has published a new paper alongside Institute for Communities and Wildlife, University of Cape Town PhD student, Tamlyn Engelbrecht revealing evidence of their successful solutions.

Since 2004, Shark Spotters has been using community collaboration and cutting-edge research to find a balance between recreational water user safety and white shark conservation.

The non-profit organisation works alongside community members and the City of Cape Town to apply innovative and responsible shark safety solutions such as continuous visual surveillance, eco-friendly exclusion nets, and provision of educational safety advice that reduces human-shark interactions, and subsequently, the risk of bites.

In Cape Town’s Fish Hoek beach, Shark Spotters has introduced a one-of-a-kind, sustainable shark exclusion net designed to have minimal environmental impact and adapt to changing weather conditions. Unlike traditional shark nets, such as those in Durban, this net forms a complete barrier preventing sharks from entering an area and is deployed and retrieved on a daily basis to reduce the risk of entanglement of all marine animals.

Based on findings from the new paper, published in PLoS ONE, Shark Spotters have effectively reduced the risk of human-shark encounters through the use of auditory (siren) and visual (flag) warnings.

The paper also highlighted the importance of Shark Spotters in protecting beach communities and tourism businesses. The study found that when fatal shark encounters take place, the number of recreational beachgoers decrease dramatically for up to three months following the incident. Shark Spotters’ role in minimising the chances of events like this happening is helping to ensure the local economy around False Bay isn’t negatively affected.

Results from this research are important to highlight. Up until now, the effectiveness of the Shark Spotters programme, which has been in operation for more than a decade, had yet to be evaluated.

‘As tourism increases there will inevitably be more humans in the water,’ Michael said. ‘The sharks are always going to be in the ocean. It’s important for people to be involved in projects like this as it promotes respect for nature and educates water users on how to stay safe.’

The programme is also changing the public’s mindset regarding shark conservation through education, employment, and skills development. 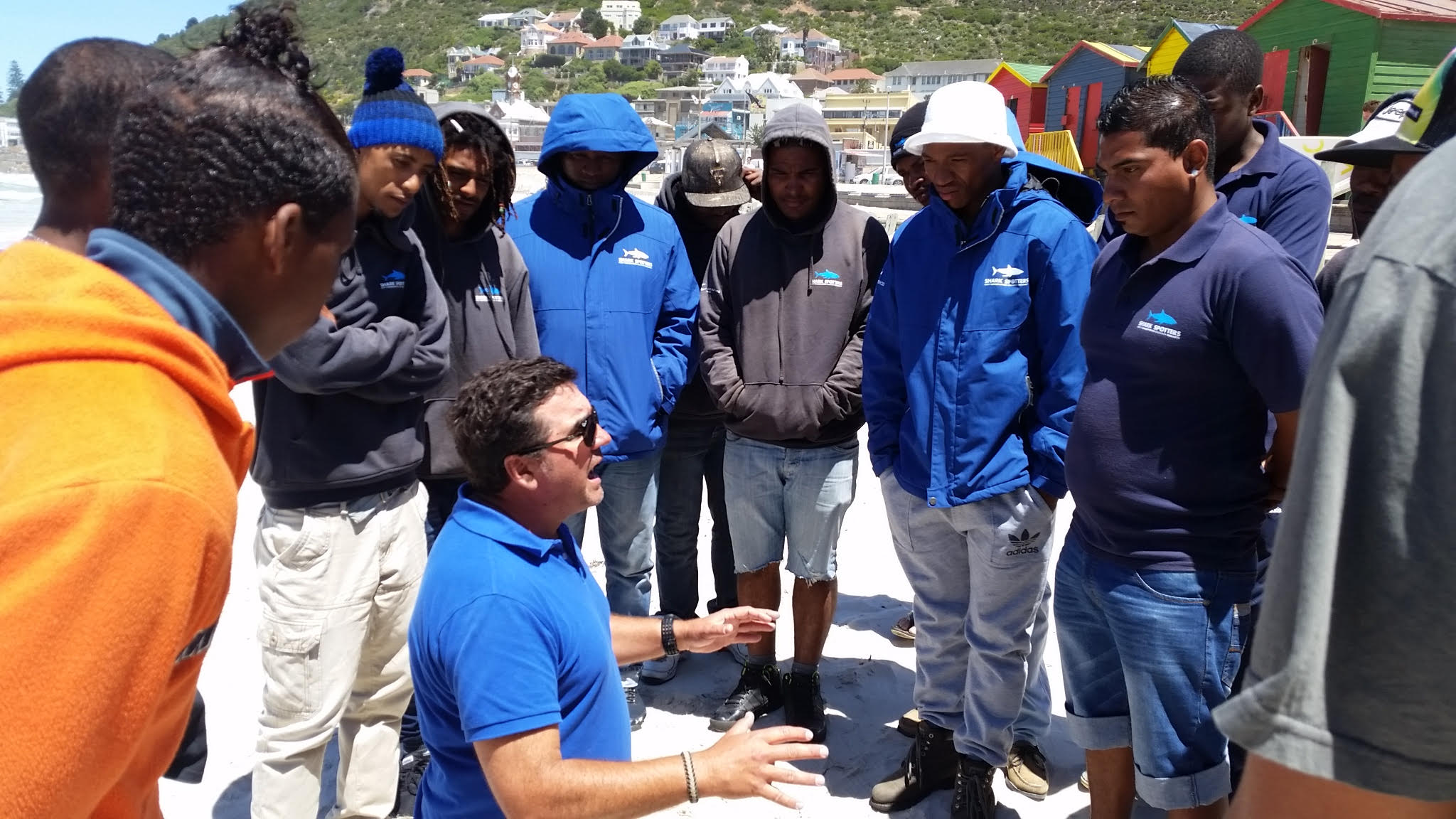 Shark Spotters and SOSF are hoping the success of this programme will influence human-shark management strategies in other countries and regions throughout the globe, further aiding the worldwide conservation efforts for these valuable species.

In 2017, SOSF began funding a related project in New South Wales, Australia, where lethal nets and baited drum lines are also deployed to minimise shark encounters with beach users. However, similar problems to those in Durban, such as the non-targeted killing of Threatened wildlife can take place. Project leader, Kye Adams, is hoping to introduce more sustainable solutions by using a blimp to spot animals from the air. 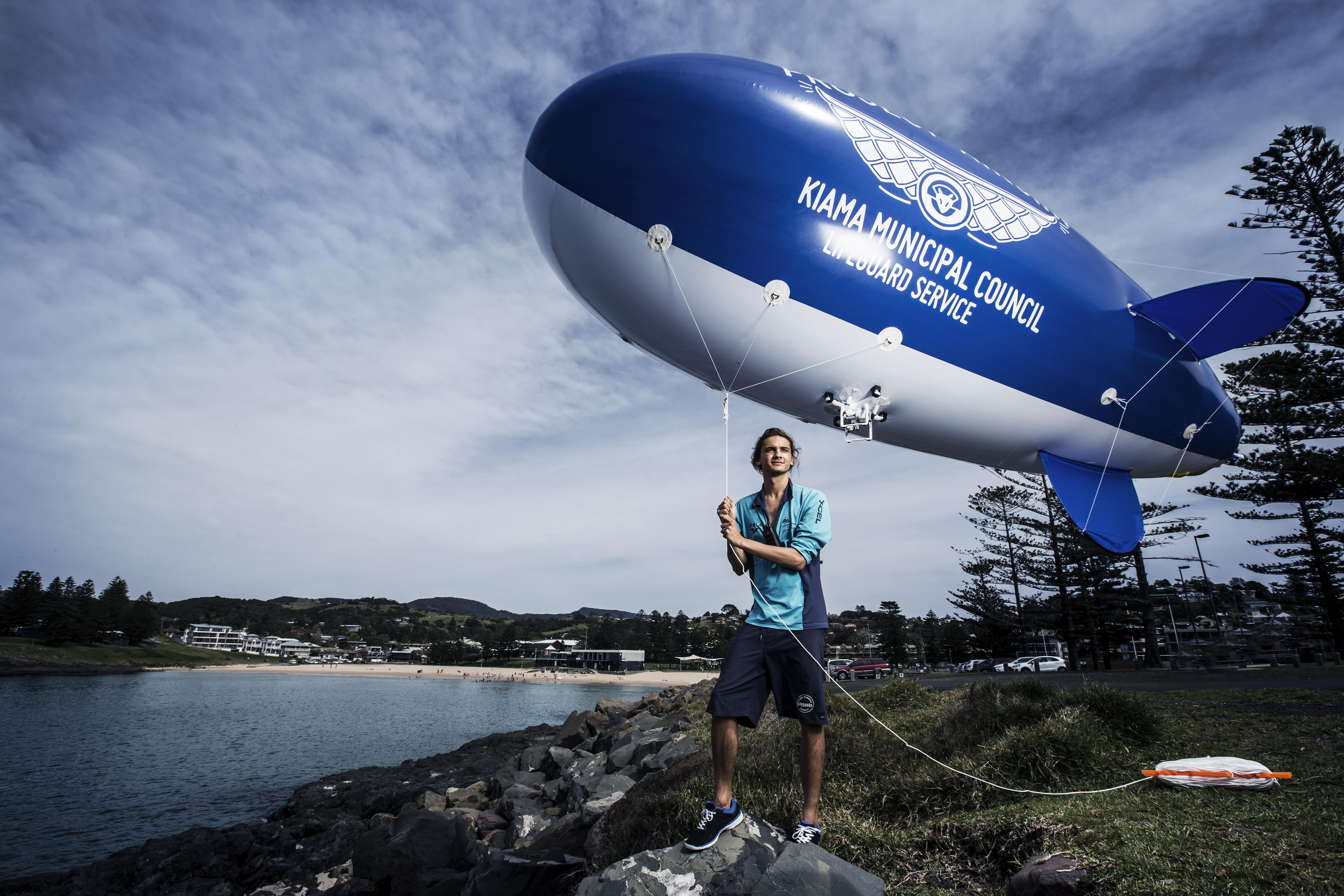 ‘Today we have access to new technologies such as drones and automated computer vision systems which provide innovative and sustainable solutions,’ Michael concluded. ‘We’re thrilled to continue investing in worthy human-shark management projects which raise awareness for shark conservation and beach safety.’