April 2020 marked the return of a celebrated member of the Save Our Seas Foundation family: award-winning conservation photographer and storyteller, Thomas P. Peschak. Thomas has taken on the role of Director of Storytelling and will advise on our conservation media strategy and work with our teams to create impactful stories that inspire the global protection of sharks and rays. 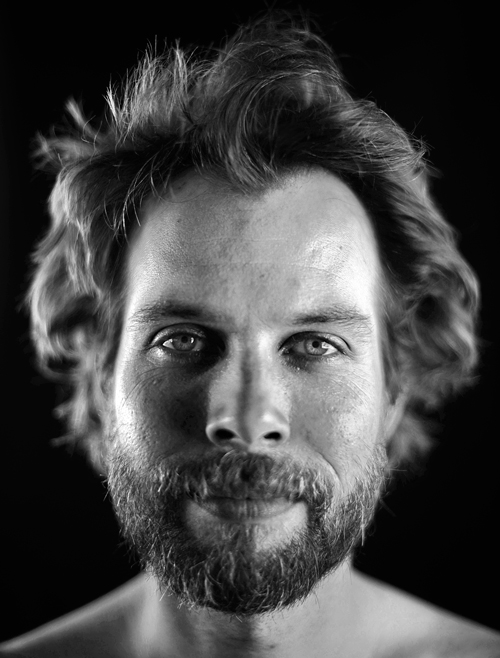 ‘I am delighted to welcome Thomas back to the foundation as our Director of Storytelling. He has an unparalleled skill for striking imagery and powerful storytelling that inspires awe and wonder in people all over the world, including myself. This is crucial for developing a connection between people and their marine environment and thus fostering a sense of stewardship that translates into conservation,’ says SOSF CEO, Dr James Lea. 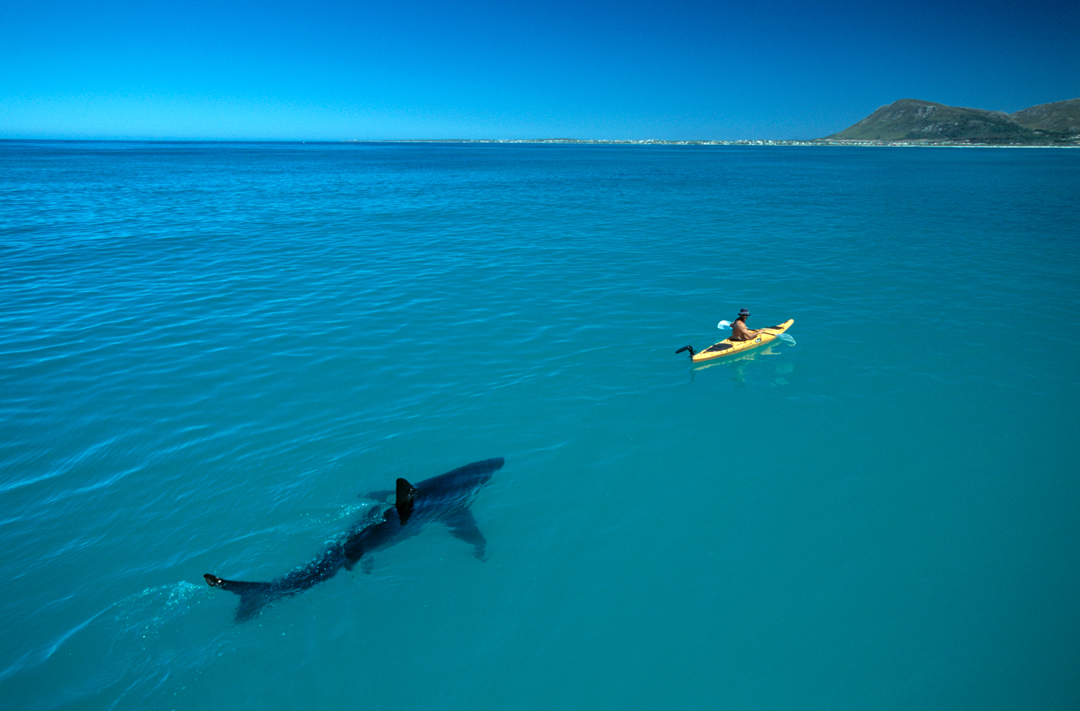 One of Thomas' most iconic photographs. A white shark follows a researcher in a sea kayak off South Africa's southwest coast. Photo © Thomas Peschak

Thomas has a long legacy with the Save Our Seas Foundation, which he became part of 15 years ago, first in the role of Chief Photographer and later as Director of Conservation. He served on the Board of Scientific Advisers, led the Conservation Media team and created the SOSF’s Marine Conservation Photography Grant. He also partnered with the foundation in photographing and writing four books, including Lost World, Manta and the critically acclaimed Sharks & People. 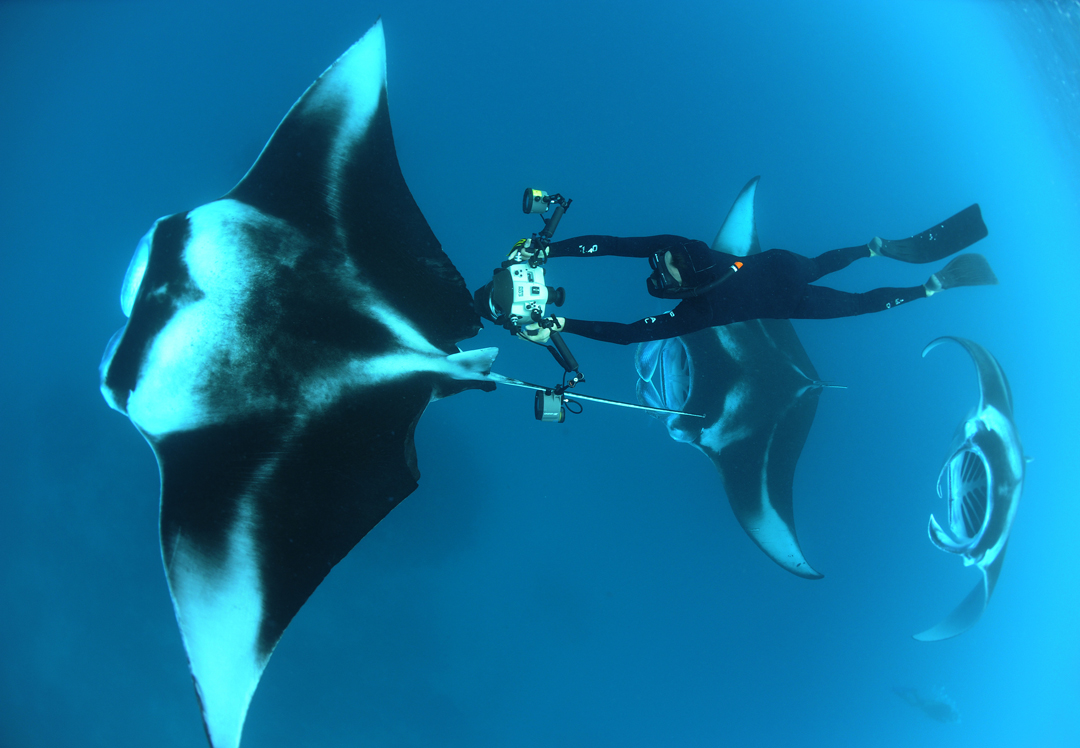 Thomas has built a celebrated career as an assignment photographer for National Geographic Magazine and has produced 10 feature stories, ranging from manta rays in the Maldives to climate change in the Galápagos. He will continue his work as a National Geographic Photographer and a National Geographic Explorer/Fellow alongside his new role at the SOSF. His images and stories have won 17 Wildlife Photographer of the Year and seven World Press Photo awards. Thomas attributes much of his success to the mentorship he has received from National Geographic Magazine’s Deputy Director of Photography, Kathy Moran, a legend in the world of natural history and conservation storytelling. ‘If you had a great mentor, odds are that you will want to mentor others. Over the years I have been fortunate enough to help many talented up-and-coming photographers. In my new role I will be able to continue this on a much larger and more impactful scale,’ says Thomas. 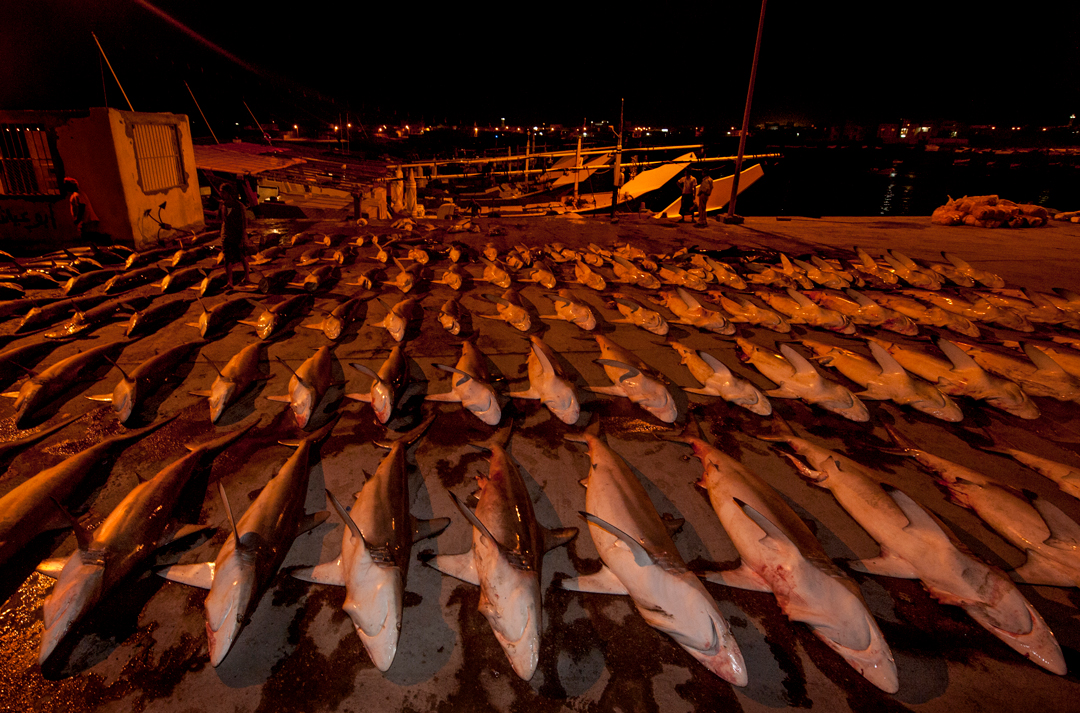 Awaiting auction, a single boat's catch of silky sharks is laid out in an orderly grid. Photo © Thomas Peschak

As Director of Storytelling, he will continue to grow his own legacy of mentorship within the foundation. He has already had a considerable impact on the careers of emerging conservation storytellers, and the photographers whom he mentored through The Marine Conservation Photography Grant have gone on to cover critical environmental stories all over the world. In his new position, Thomas will guide the SOSF’s media team in the creation of innovative, story-driven media projects that reach a large global audience. 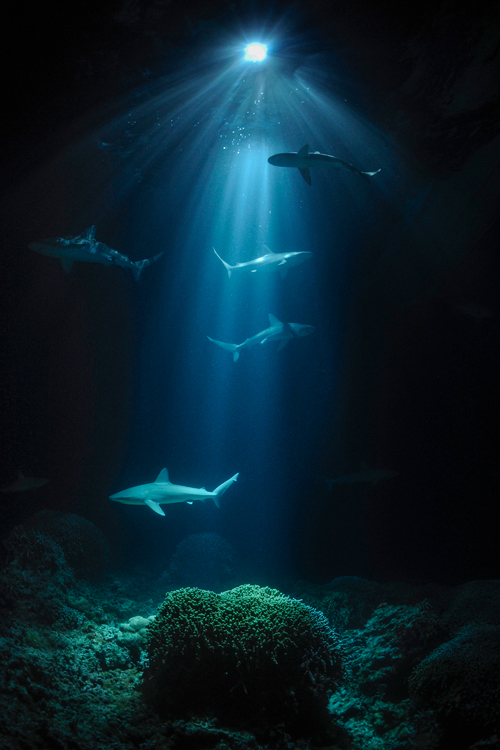 Light shines into the depths of the lagoon at Bassas de India and attracts a gathering of curious juvenile Galapagos sharks. Photo © Thomas Peschak

‘I first started working with Thomas more than six years ago and his guidance was invaluable to me personally and instrumental in building the online audience that the foundation has today. We still have a long way to go in achieving our goals with regard to impactful storytelling and I look forward to working with him to encourage our grantees to become even better conservation communicators,’ says Jade Schultz, the SOSF’s Digital Content Manager. 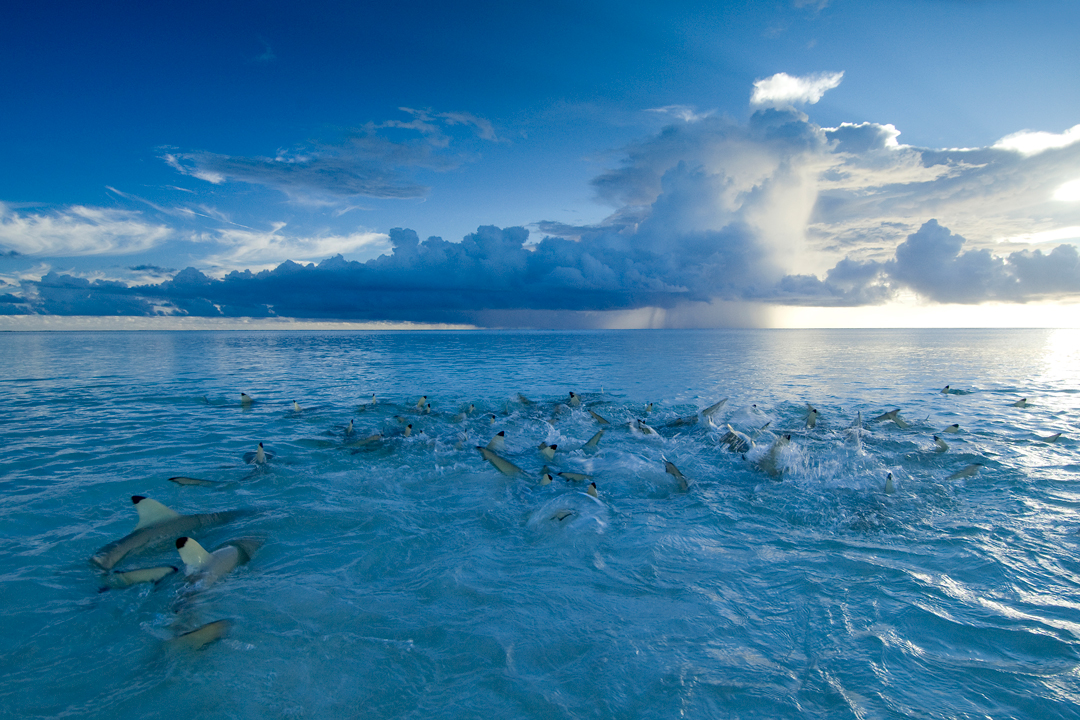 One of Thomas’s keystone goals at the SOSF is to create new and exciting opportunities for emerging ocean storytellers. ‘I want to inspire and support the next generation of photographers, videographers and other visual artists who are passionate about marine conservation and storytelling,’ he elaborates. ‘The Save Our Seas Foundation has a stellar reputation for funding the most innovative shark and ray science. My goal is to weave in equal levels of excellence in conservation storytelling.’