A new paper published by SOSF collaborator and project leader, Alison Kock has highlighted trends in sightings and population structures of white sharks in False Bay, South Africa over a nine-year time period from 2004 to 2012. The study area took place on Seal Island, a small land mass 5.7 km off the northern beaches of Cape Town — an ocean area famous for attracting white sharks. 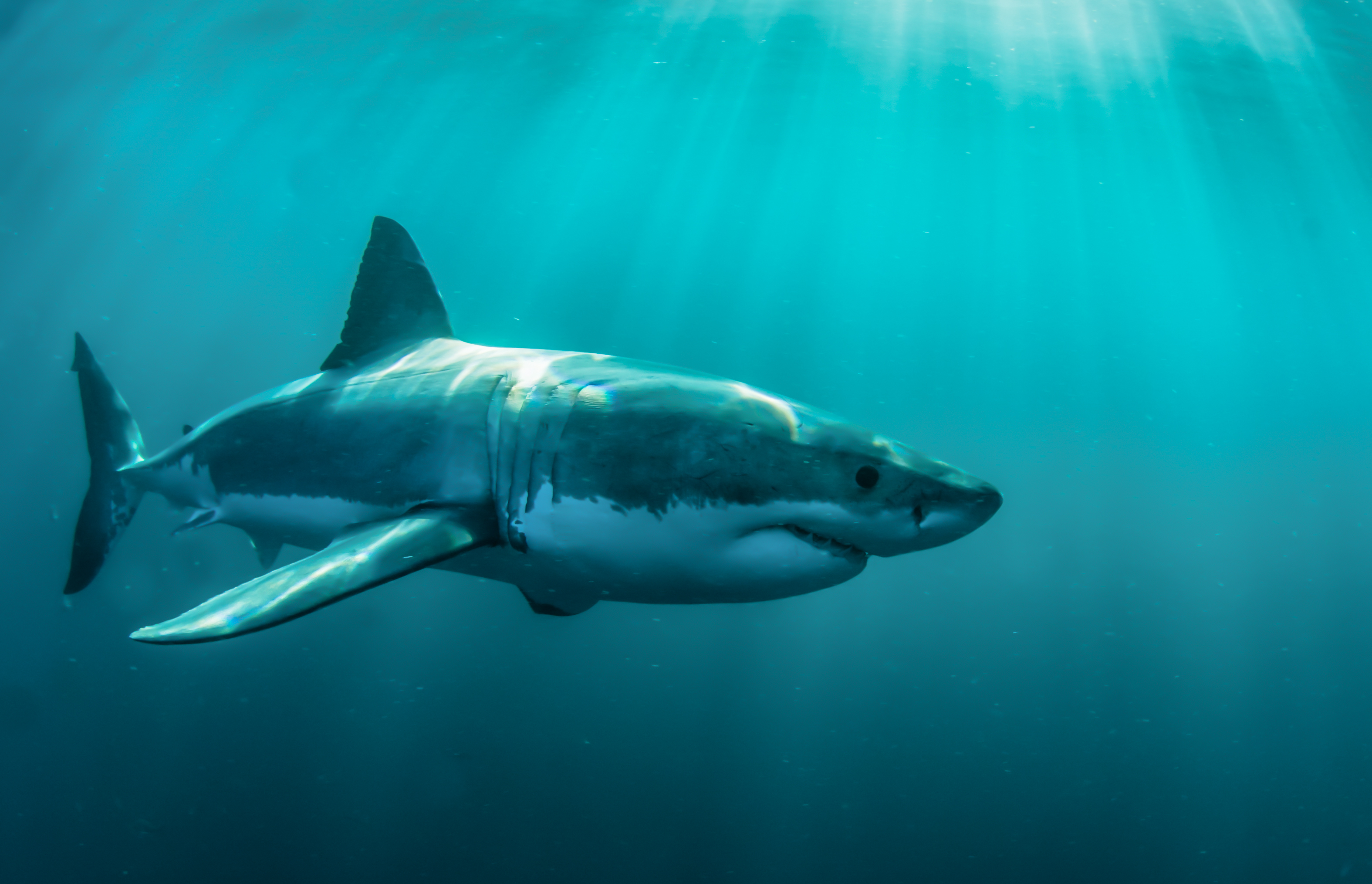 Findings suggest that Seal Island is not an adult white shark aggregation site, nor a pupping ground or nursery area, but rather, is best described as a seasonal feeding area where adolescent or maturing white sharks hone their skills in hunting seals before journeying to the deep.

‘These findings are important as they provide some clarity as to why white sharks spend significant amounts of time around the waters of Seal Island,’ says Kock. ‘Additionally, our research revealed that the majority of adult white sharks appearing here are transient.’ 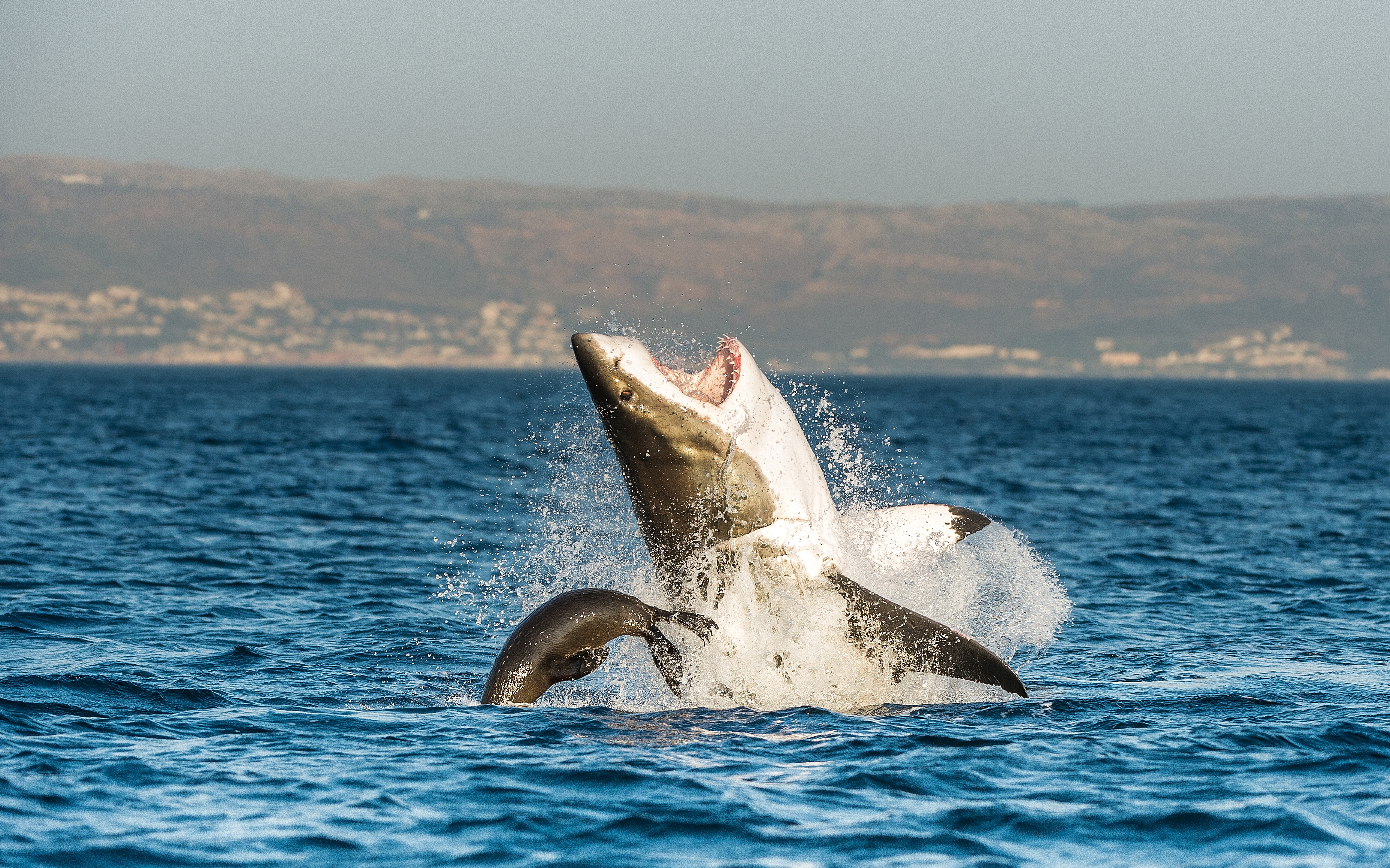 A white shark breaches in an attack off the coast of South Africa. Photo © Sergey Uryadnikov

A total of 1105 sightings were recorded during 171 scientific surveys incorporating 577 hours of observation. Throughout the long-term study, sighting rates declined but the reason is currently unknown, highlighting the need for further analysis.

Of the 1105 sightings, 39% (303 individual sharks) were Photo ID’d. 71% of these were only sighted in a single year providing further evidence that adult white sharks spend most of their time elsewhere.

‘Interestingly, adult females were rarely sighted again after they reached maturity, whereas some adult males returned on a consistent basis,’ Alison explains. ‘However, the small number of mature sharks reported from any South African location suggest that our waters are not of reproductive importance to these animals.’ 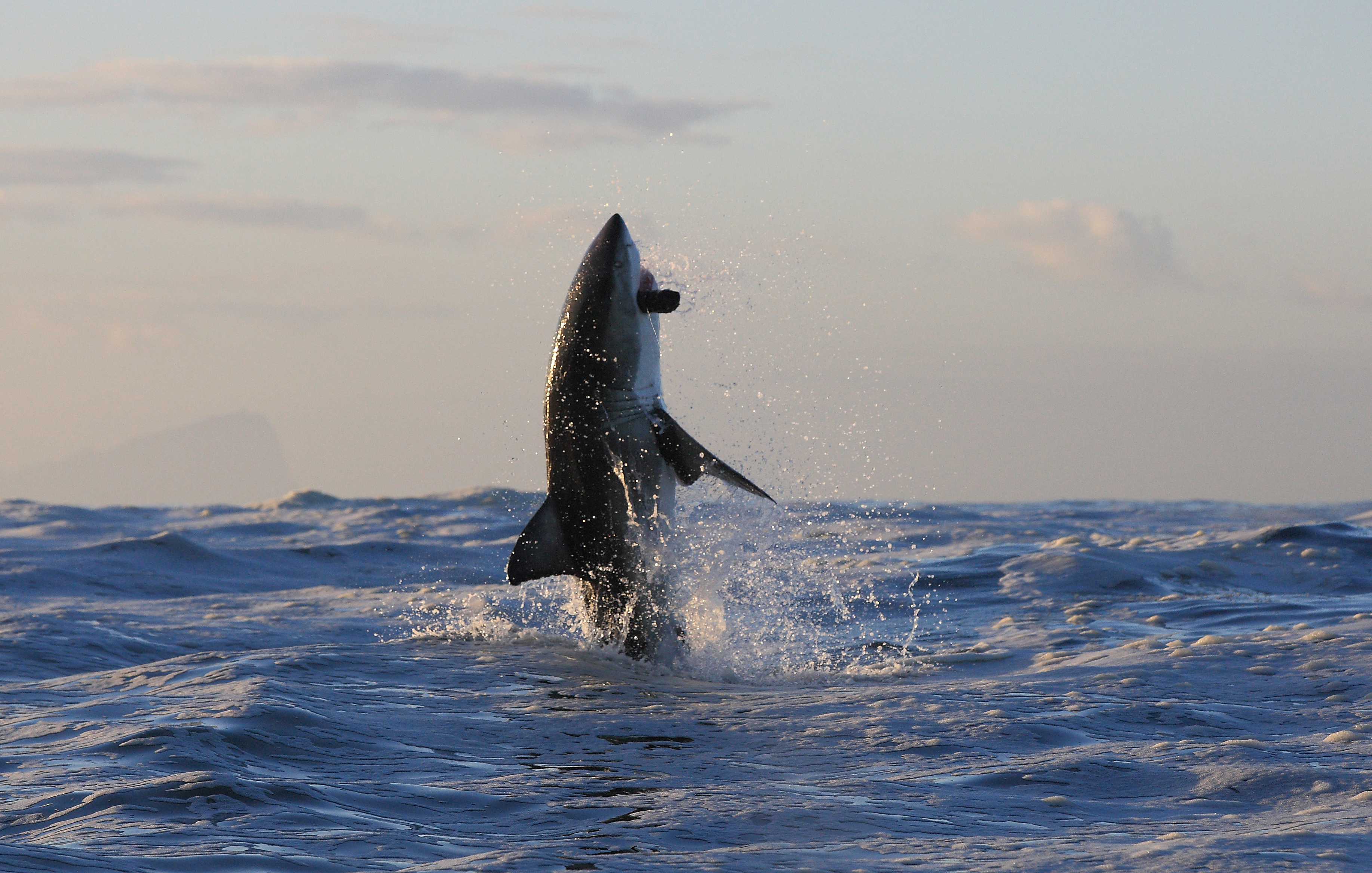 ‘We’re pleased to support the important work Alison is conducting on white sharks in South Africa’, says Michael Scholl, CEO of Save Our Seas Foundation. ‘The waters of False Bay host the second largest aggregation of white sharks in the world. With so many tourists and locals getting in the water, it’s crucial that we understand the lifecycles of these animals. SOSF is also supporting Alison’s work with Shark Spotters, a local organisation that sustainably safeguards beachgoers through eco-friendly tactics.’

To learn more about white sharks in False Bay, check out the full paper here.