The last two weeks, two teams of National Geographic visited our Shark Centre in Kalk Bay, South Africa. One of the teams is the ‘crittercam’ team, that tries to attach cameras to the dorsal fin of a great white shark. The camera is programmed to be released after a certain number of hours and emits radio signals so it can be found and retrieved.

The other team is actually filming the crittercam team for a documentary on National Geographic Television. The Save Our Seas Foundation is proud to be able to assist in this great project!

The teams have gone out for nearly two weeks, and several crittercams were attached to great white sharks. CEO and underwater photographer Peter Verhoog is documenting the whole procedure for later publication. 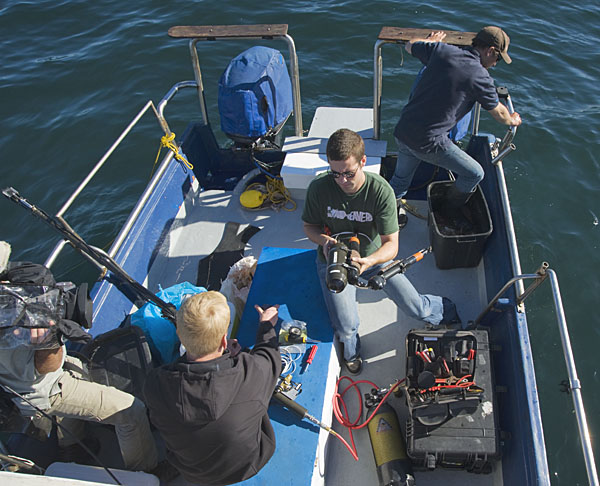 © Save Our Seas Foundation / Peter Verhoog
The crittercam ready for action 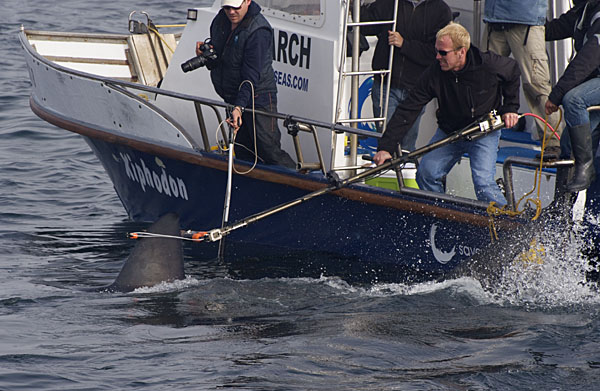 The crittercam is in position!

Check back soon for the full photo story with underwater pictures of a great white shark and crittercam!