Early 2020 saw the largest seizure of shark fins in history. Two containers originating from Ecuador arrived at the Kwai Chung Custom House’s cargo examination compound in Hong Kong on 28 April and 4 May and were found to be loaded with the fins of an estimated 38,500 threatened and protected silky and thresher sharks.

At the centre of the 26-tonne (28-ton) haul, which had an estimated value of US$1.1-million, was the DNA toolkit developed by Dr Diego Cardeñosa, a Save Our Seas Foundation-funded researcher and Dr Demian Chapman, an associate professor at Florida International University.

Hong Kong is the world’s largest importer of shark fins and is responsible for half of the global trade. With 41 tonnes (45 tons) seized in 2020 alone, the impact on species numbers is tangible. Thanks to Dr Cardeñosa’s DNA toolkit, however, customs officials can quickly and effectively identify if the catch is derived from a CITES-listed species or not. At $1 per test and requiring only a single day of training to operate, this toolkit clearly has potential for shark conservation. 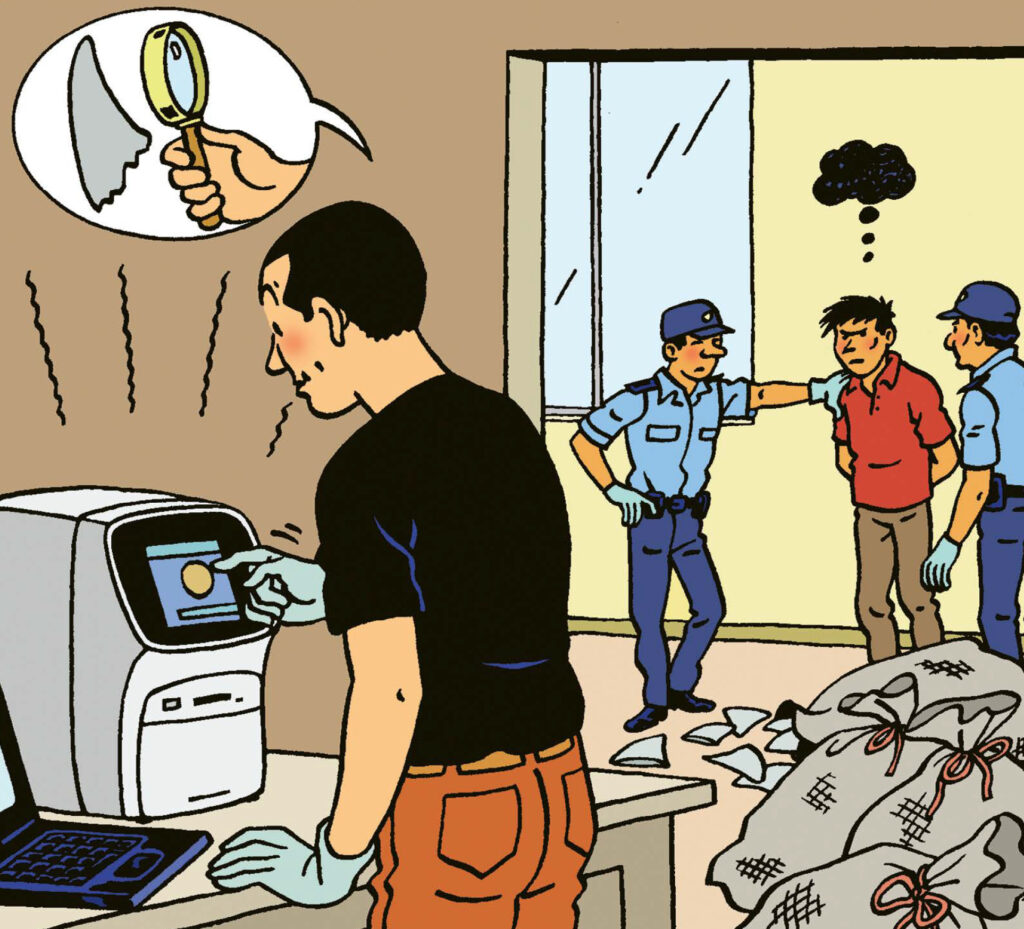 ‘We’re trying to change the idea that DNA is done only in a lab by scientists like us,’ says Chapman. ‘We can make custom officers DNA technicians so they can do this work on the counter of a shipping port or in an airport.’

The aggregation of most catch and trade data and the misidentification of fins at species level severely hamper species-specific management and product traceability throughout the supply chain. With international trade regulations being a vital component in the conservation of sharks, the toolkit plays a significant role.

‘It’s amazing to see that our toolkit is being used officially in one of the largest shark fin trading hubs in the world,’ says Cardeñosa.

Internationally, steps are being taken in the right direction. Since May, Ecuador has hired 75 new inspection officers and banned trade in oceanic whitetip and four hammerhead shark species, bringing the total number of protected shark species in the region to nine. However, critics say governments aren’t doing enough to curb the practice and current data are inadequate to determine global population declines. With the use of DNA testing now readily available and cost-effective, we could start seeing the true cost of overfishing and its effects on our oceans.

Project
From the boat to the vote