Getting to know whale sharks in the Galapagos

The Galapagos Whale Shark Project (GWSP), co-founded by Dr Alex Hearn and Jonathan R Green, has been working to understand better the movement ecology and reproductive biology of female whale sharks sighted in the Galapagos. Since the beginning of the project, a decade ago, scientists from the GWSP have carried out ground-breaking science for the conservation of this endangered species, working in collaboration with multiple organizations and expert scientists from around the world.

This year, the team from GWSP, the Galapagos National Park Directorate, and the Georgia Aquarium embarked upon their second annual expedition to Darwin Island. The goal was to carry out fieldwork on a unique group of whale sharks that have been sighted, passing by seasonally in the far northern region of the Galapagos Archipelago. 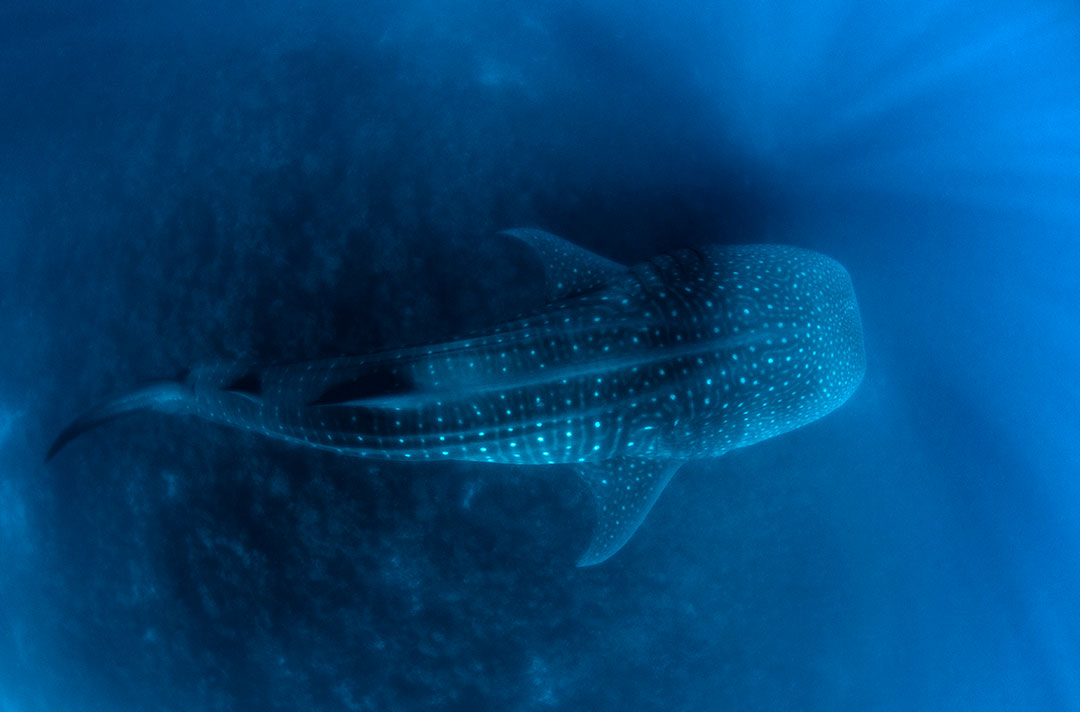 Impacted by the continued COVID-19 pandemic travel and global collaboration protocols, the team was reduced to five members from the abovementioned organizations. During a seven-day work period, they carried out various field methods to gather data that will continue to shed light on the remaining mysteries of this species. This year the Galapagos Whale Shark Project team reports a low frequency of whale shark sightings which are likely influenced by the fluctuation of sea surface temperatures (SSTs) due to climatic patterns such as the warming of waters with El Niño Southern Oscillation (ENSO) and the cooling counter-event of La Niña. Specifically, in 2021 NOAA reports a neutral climate state with “near to below average” SSTs with a 70-80% chance of La Niña during the northern hemisphere winter 2021-22.

‘The lower SSTs in April and May brought early sightings of whale sharks, but in June and July temperatures again rose with a corresponding decrease in numbers and frequency of sightings from reports from the dive Masters, visiting divers, [and our team].’
–       Jonathan R Green 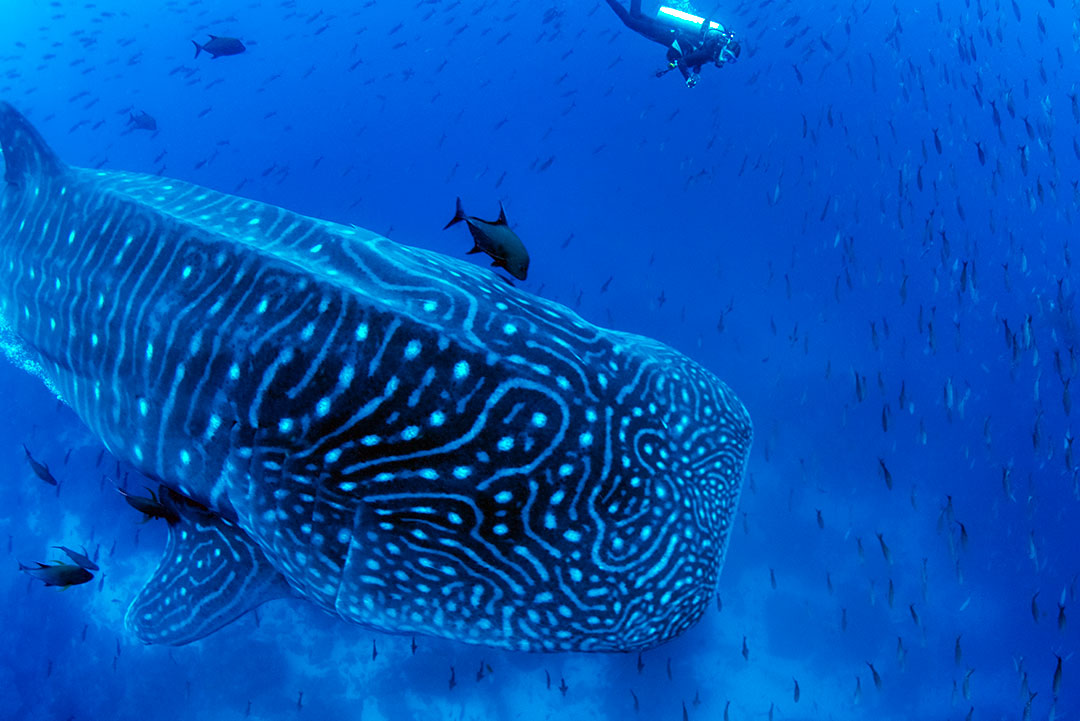 With climate change, it is predicted that the Oceanic phenomena’s such as El Niño and la Niña will occur with higher frequencies. Thus, this will probably affect the regularity with which whale sharks will be sighted in their known aggregation locations. The shift in seasonal sightings and possibly also the location of sightings makes it more complicated to apply proper management measures for the conservation of this species. The impact of climate change on this species is uncertain and is being considered in current and future studies.

Project
Secrets of the whale sharks of the Galápagos Marine Reserve