The Galapagos Islands are inhabited by a diversity of species, both terrestrial and marine, so vast that it was among the insights that inspired Charles Darwin’s theory of evolution. Researchers David Acuña and Dr Pelayo Salinas de León from the Charles Darwin Foundation, a not-for-profit research institution that has provided technical advice to the Galapagos National Park Directorate (GNPD) for more than 55 years, with the support of the park rangers of the GNPD, are discovering that the islands’ shark populations are no less diverse. In early March this year they embarked on their first expedition, using baited remote underwater video (BRUV) systems to understand the abundance and distribution of shark species in the Galapagos. 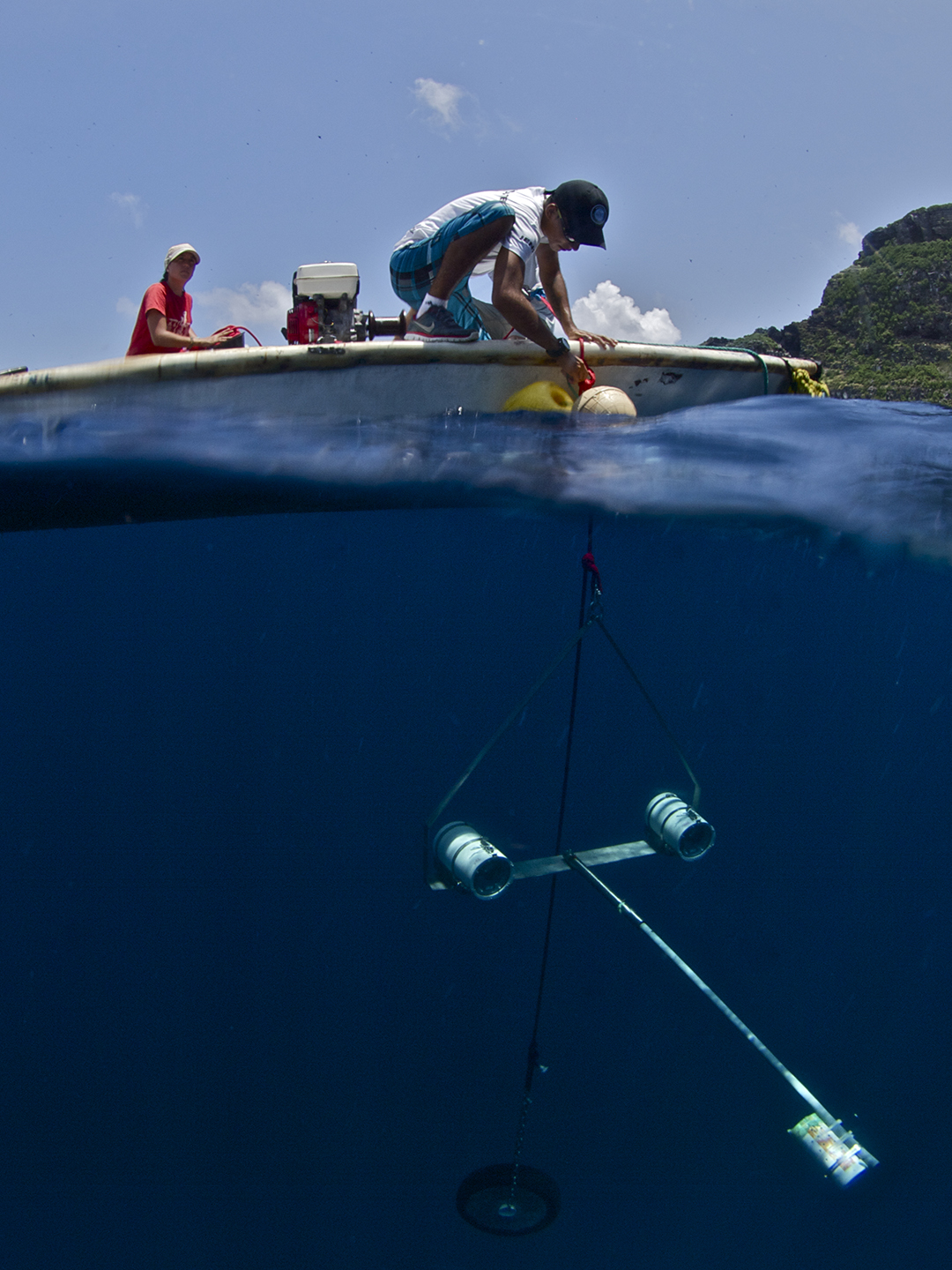 In 31 days they travelled to 46 study sites around the Galapagos Marine Reserve, visiting most of the major islands and several groups of islets and submerged sea mounts in an attempt to complete a representative survey of the environmentally complex Galapagos Archipelago. This is the first time that BRUVs have been used here, and David and Pelayo’s 360 camera deployments led to some exciting discoveries. 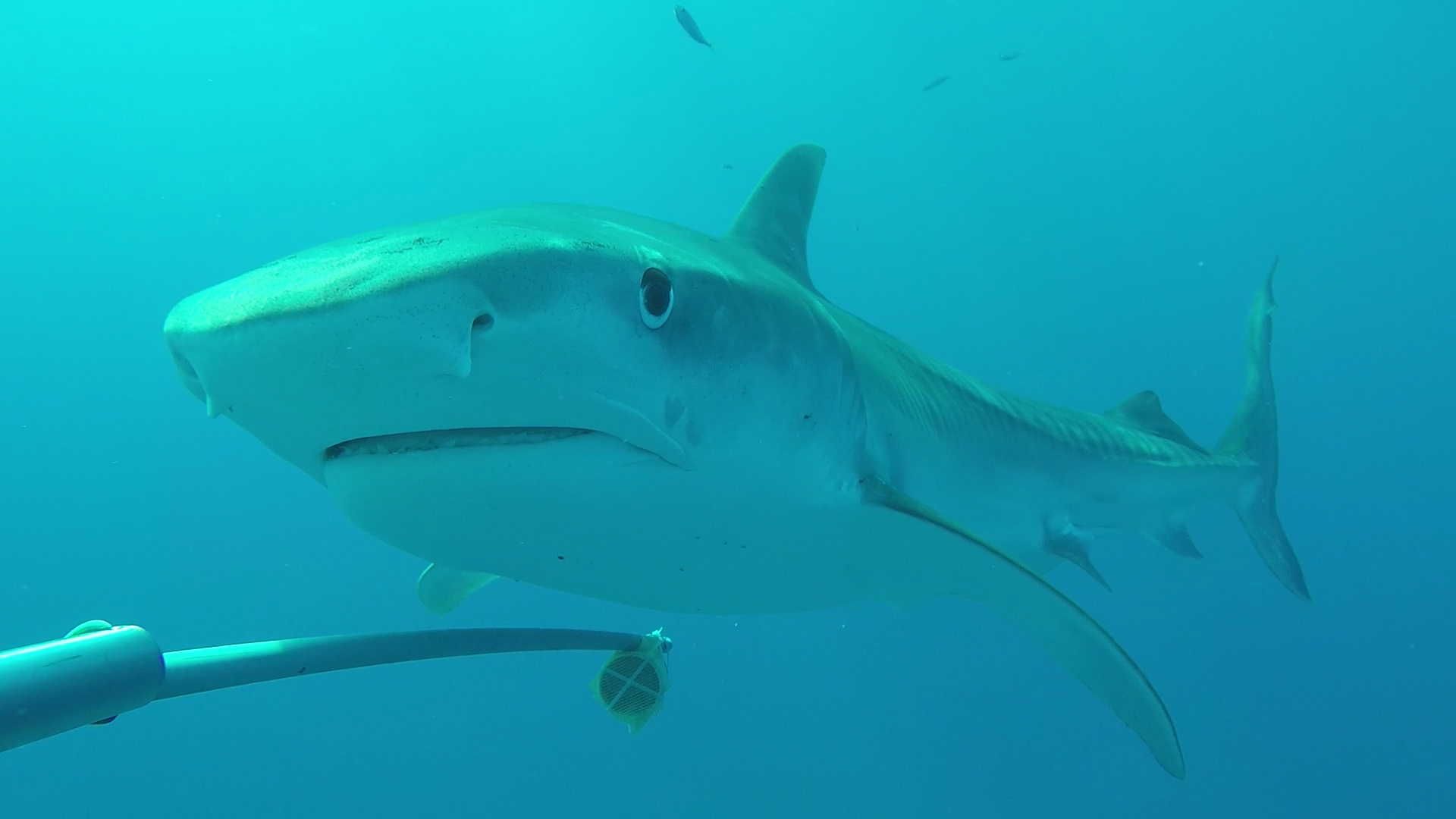 A quick preview of the videos confirmed the regular presence of the most commonly observed shark species around the Galapagos Marine Reserve, including scalloped hammerhead Sphyrna lewini, whitetip reef Triaenodon obesus, blacktip Carcharhinus limbatus and Galapagos sharks C. galapagensis, but also showed that other, apparently less common species are widespread around the islands. Such species are tiger shark Galeocerdo cuvier and two members of the Triakid family: Mustelus albipinnis, a recently described species that the research team and one of their collaborators recorded in the Galapagos for the first time two years ago, and Triakis maculata. The footage of M. albipinnis, a species of smoothhound shark, provides what are probably the first images of this species in the wild. These ‘rare’ sharks seem to be common in the shallow waters of the Galapagos but have not been reported by divers, probably on account of their elusive nature. Their appearance on the BRUV footage highlights the importance of this video survey. 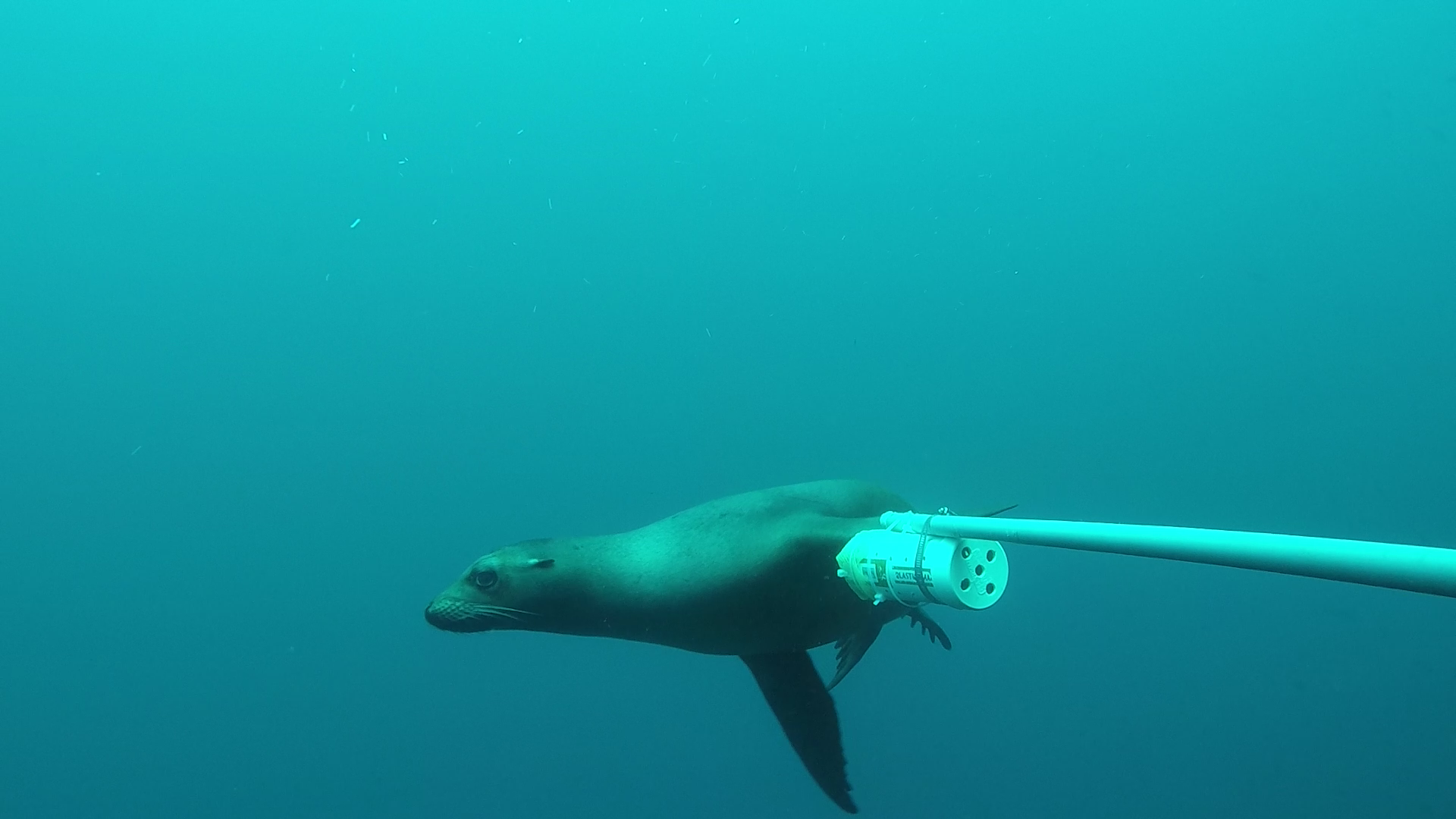 The team will be conducting another survey in September this year in a bid to determine seasonal patterns in the abundance and distribution of Galapagos sharks. They will also be working in local communities to better understand their perception of sharks. David and Pelayo hope that by combining social and scientific research, they will be able to work with these islanders to ensure the protection of sharks within the Galapagos Marine Reserve. The study is funded by the Save Our Seas Foundation and the Lindblad National Geographic Conservation Fund and is a collaboration between the Charles Darwin Foundation, the Galapagos National Park Directorate, Curtin University and Massey University.