Deep below the Nazca Plate in the eastern Pacific Ocean, the writhing earth’s crust has belched molten lava for more than 20 million years. These geological dramas gave birth to the Galápagos Archipelago, a collection of islands that have clawed their way to the sea’s surface over millennia. Today they rise as craggy shield volcanoes and lava piles scattered across 59,500 square kilometres (23,000 square miles) of ocean. First named ‘Las Encantadas’ (The Enchanted) in 1535, the Galápagos Islands and their treasure trove of life keep us enthralled. Photographers, natural historians and conservation scientists are still finding new ways to see these islands and the ocean around them, more than 180 years after Charles Darwin first penned The Voyage of the Beagle and formed the basis of his theory of evolution that would become On the Origin of Species.

The geographical wonders of this archipelago extend far beyond the ocean surface. These islands house a multitude of diverse habitats that are able to sustain life for a vast, varied number of species. They are located at the confluence of three ocean currents, making them one of the world’s richest marine ecosystems.

Charles Darwin’s voyage to the Galápagos Islands aboard The Beagle in 1835 marked a critical moment in Western History. Darwin spent five weeks scouring the islands, collecting specimens, documenting his findings, and searching to understand further what he had observed during his time there. The sights and creatures he encountered, giant tortoises, free-diving iguanas, and incredible diversity of bird species, formed the basis of his theory of evolution that would become On the Origin of Species. 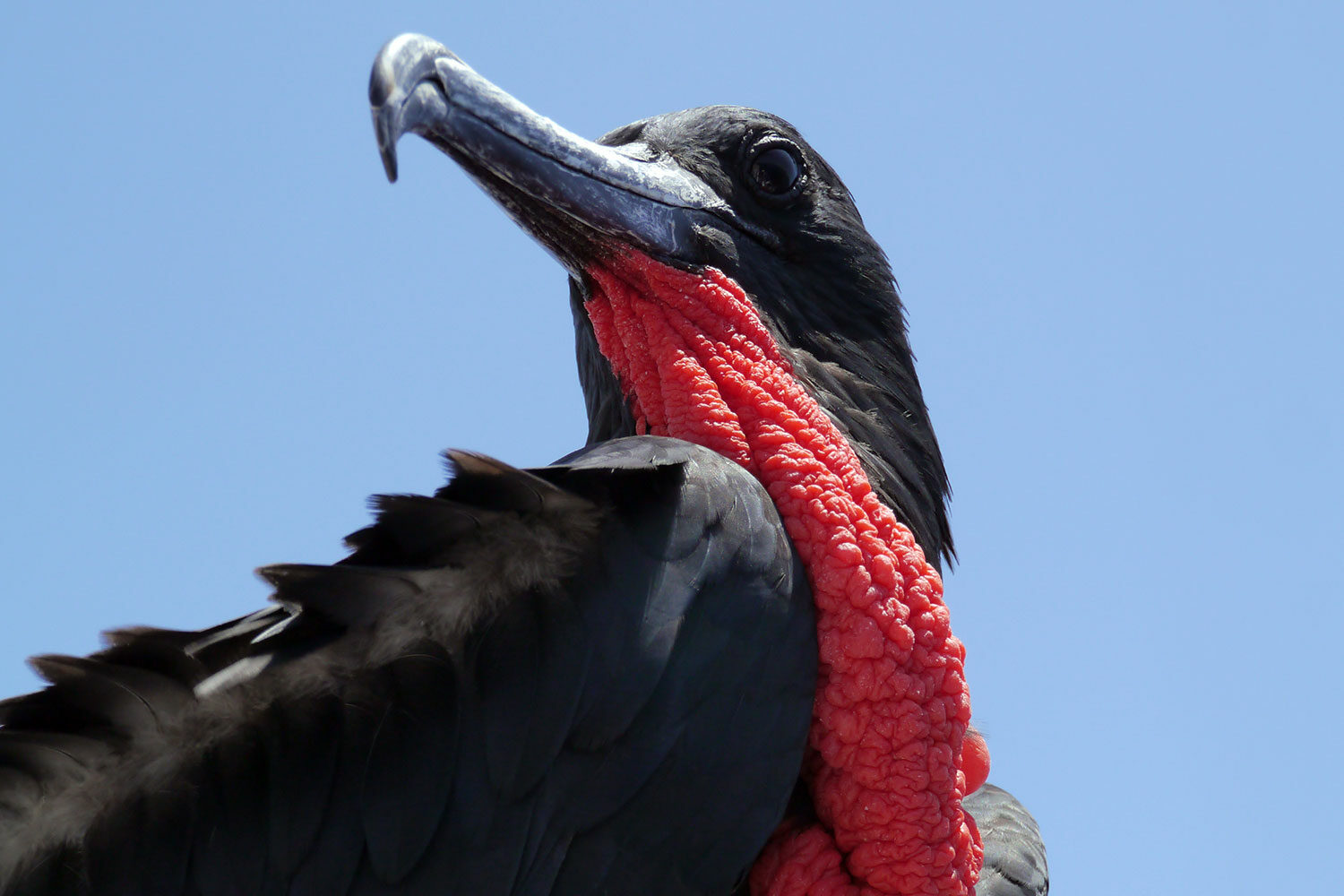 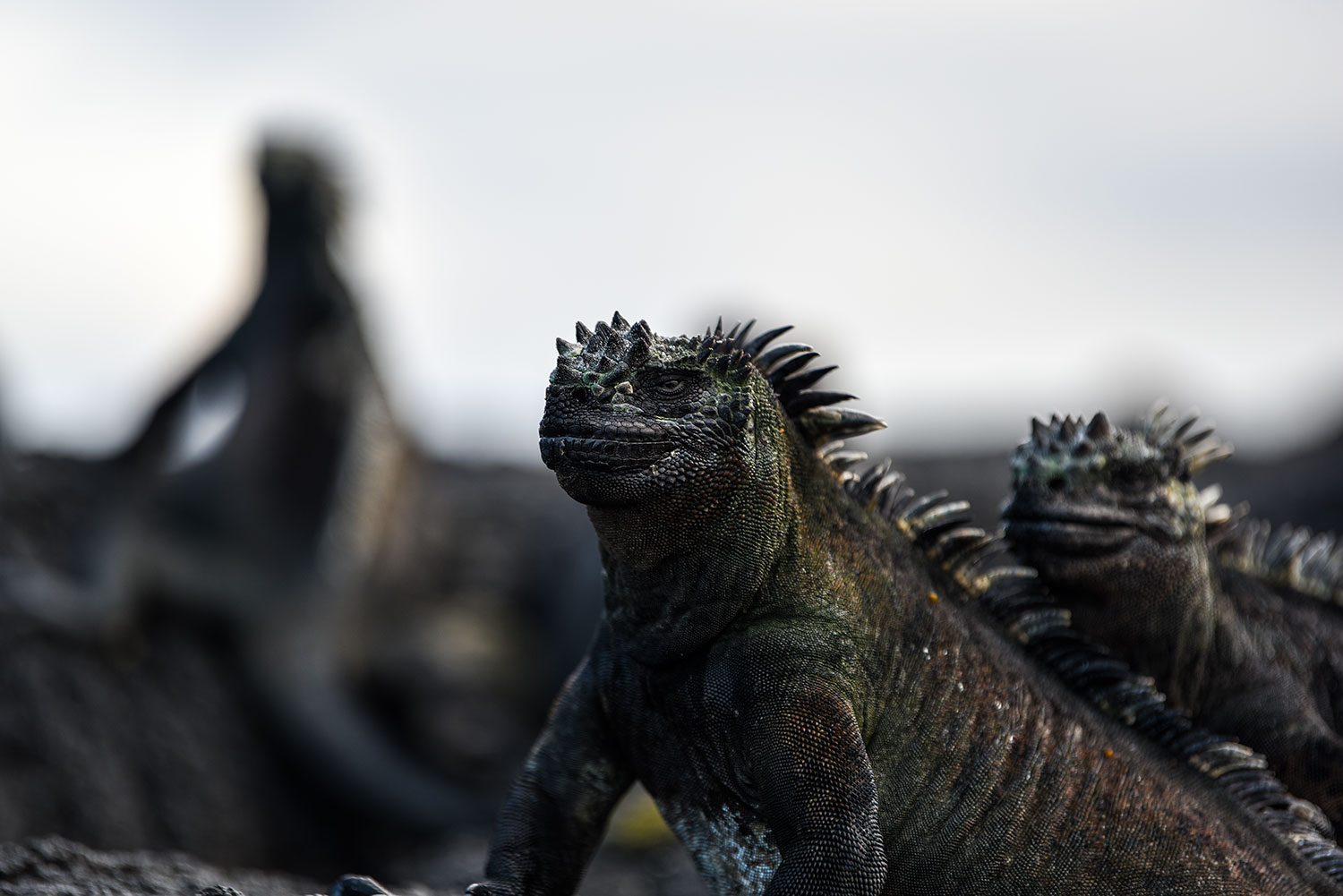 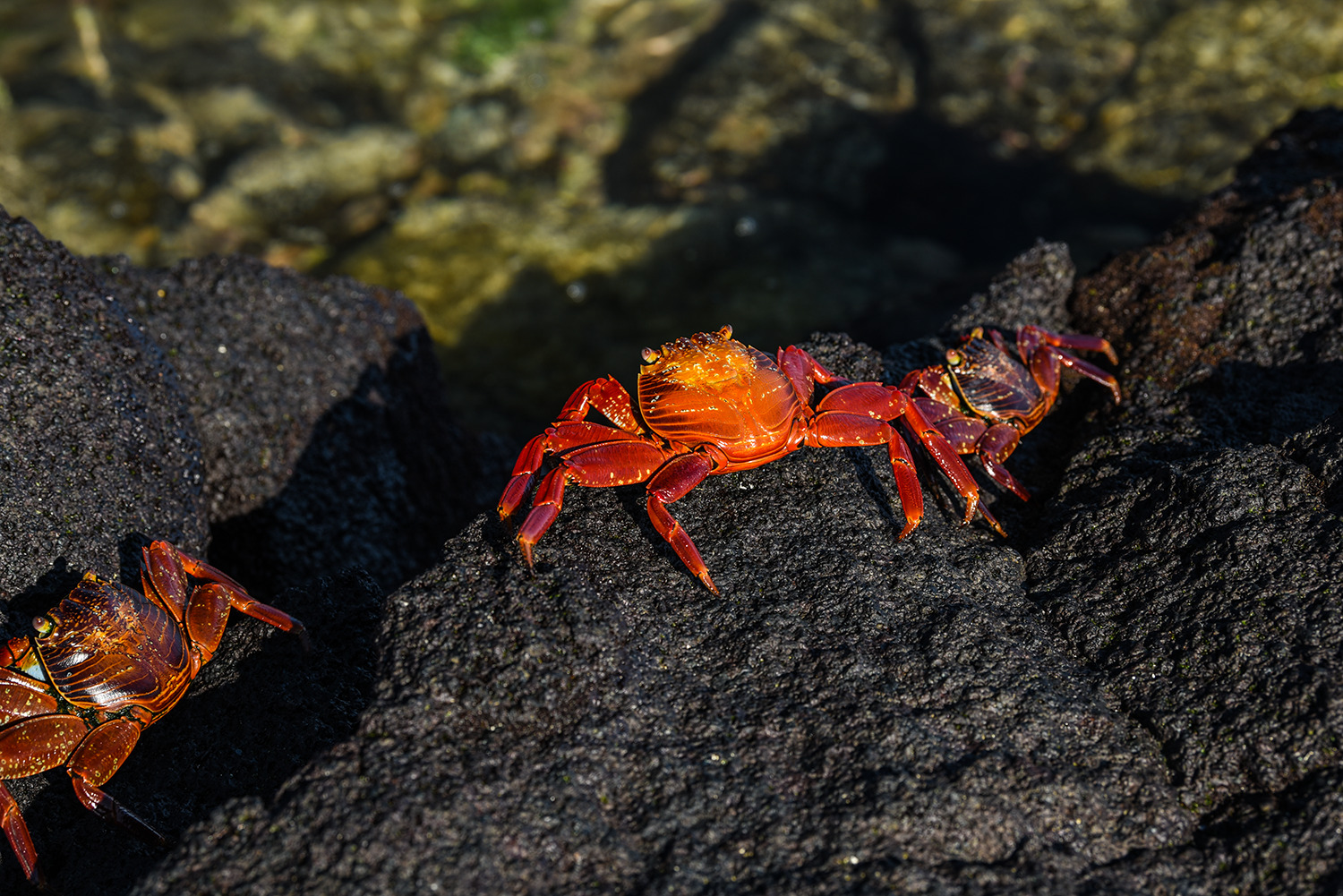 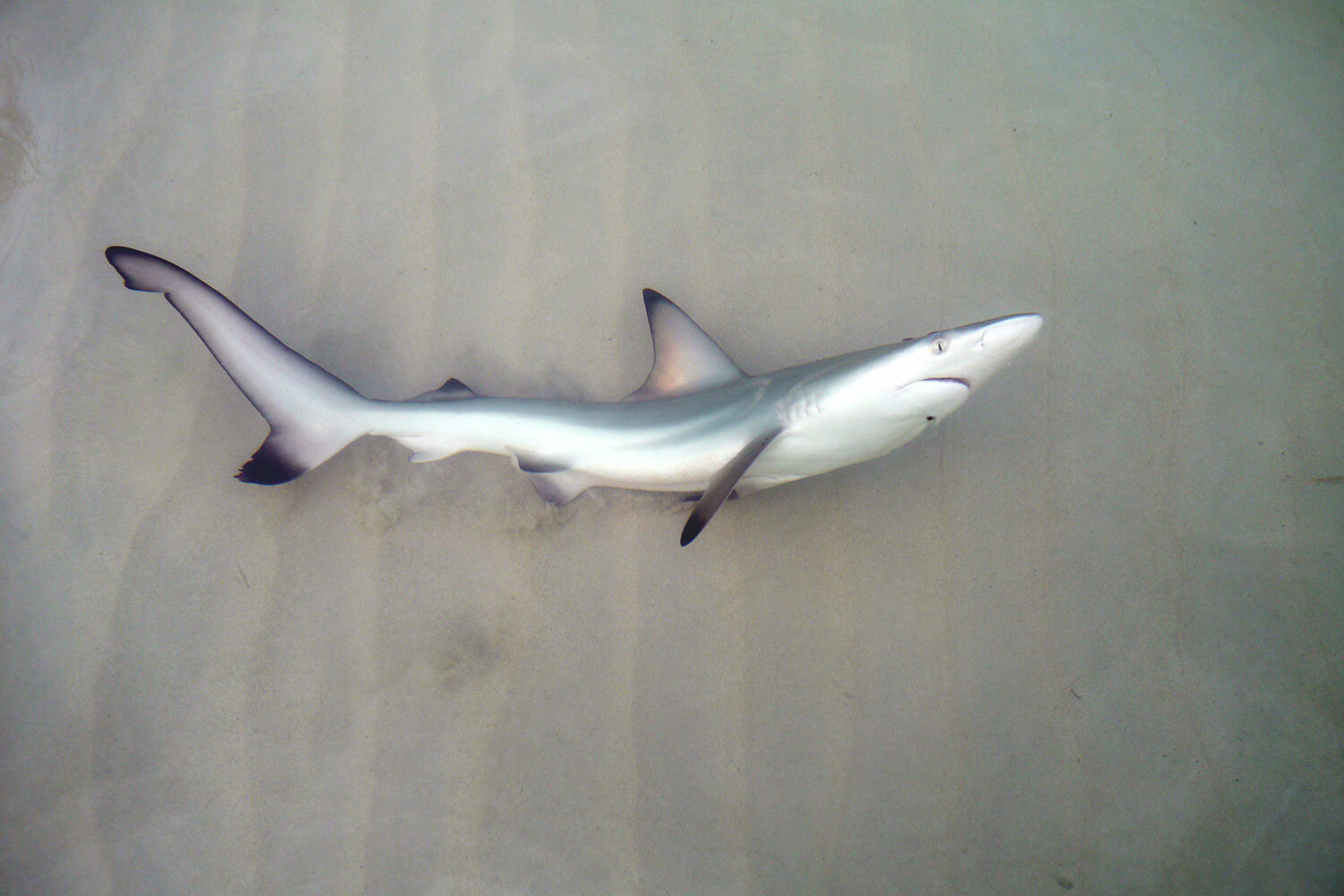 The Galápagos Marine Reserve, designated in 1998, protects prehistoric marine iguanas and electric-coloured Sally Lightfoot crabs at the interface between land and sea in a ‘limited use’ zone. Dubbed a multi-use protected area, the reserve bans certain practices outright (like industrial fishing), but allows others (like artisanal harvesting) to continue in demarcated zones alongside sustainable uses such as tourism. Magnificent and great frigatebirds, two species native to the Galápagos, can be seen wheeling over San Cristóbal, Floreana, North Seymour and Genovesa islands and venturing offshore to feed. Equipped with flamboyant red pouches to entice female frigatebirds, these archipelago pirates harass other birds to regurgitate their bounty. The Galápagos host 174 bird species, 26 of which are found nowhere else in the world.

‘It is not the strongest species that survive, nor the most intelligent, but the one most responsive to change.’
– Charles Darwin 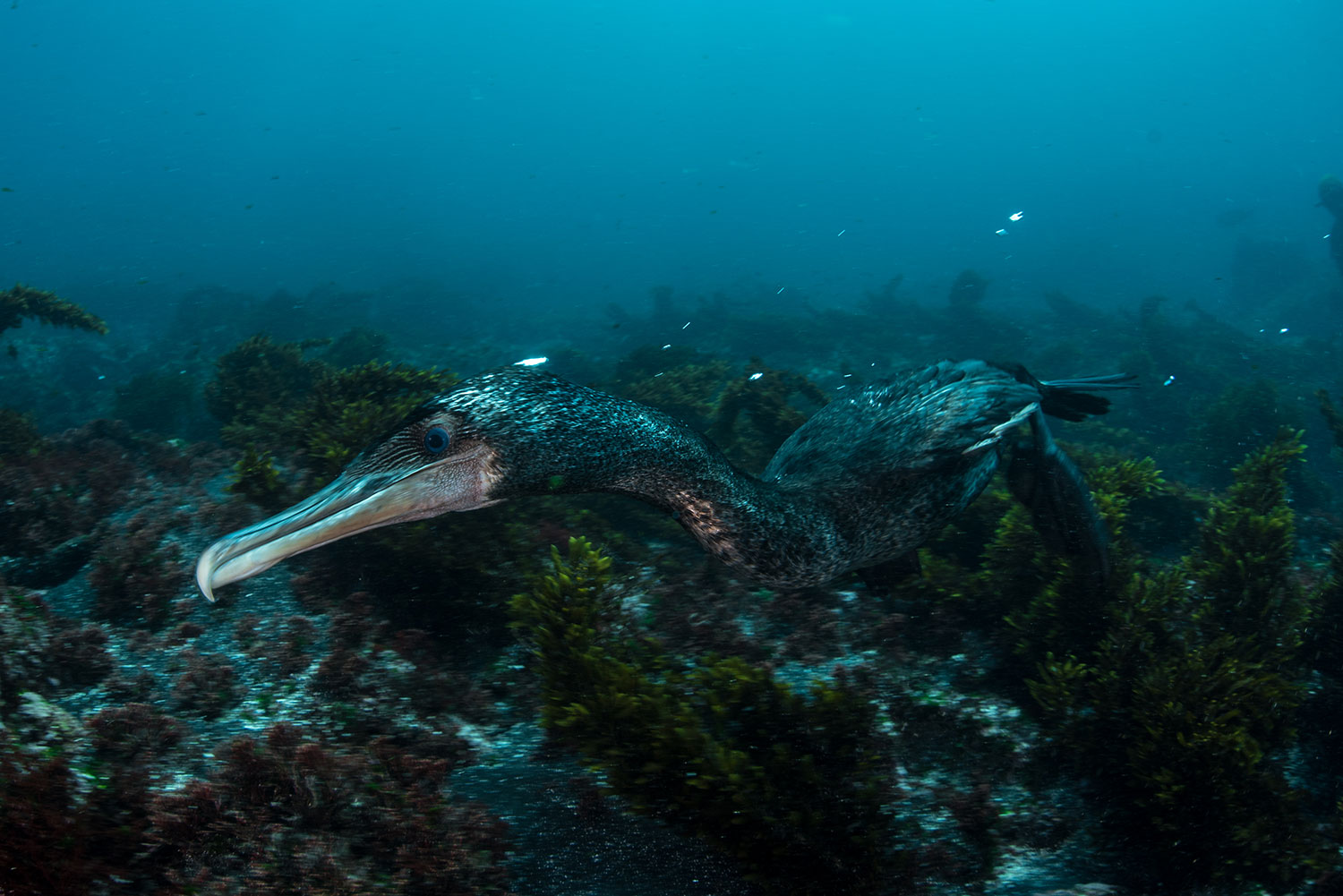 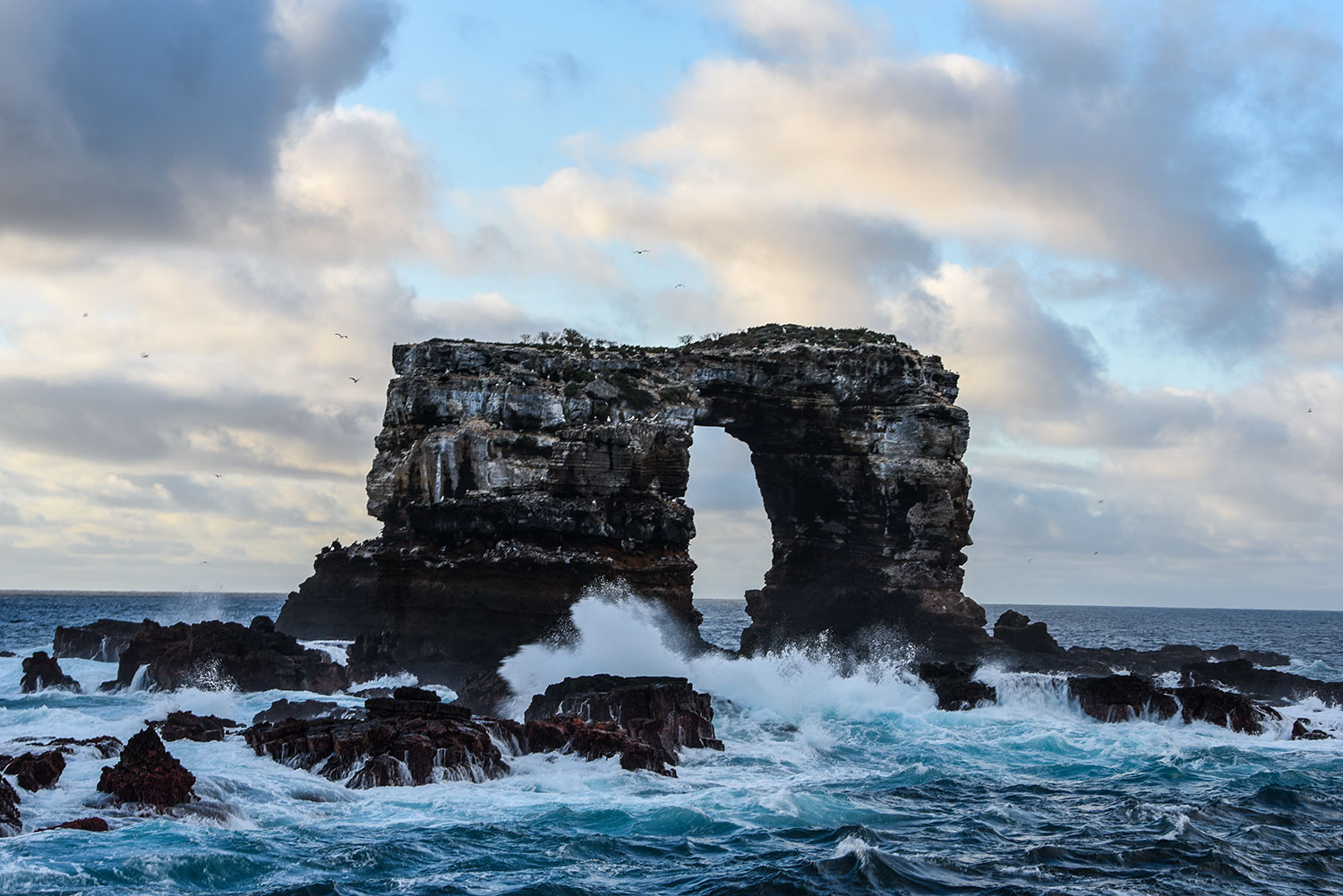 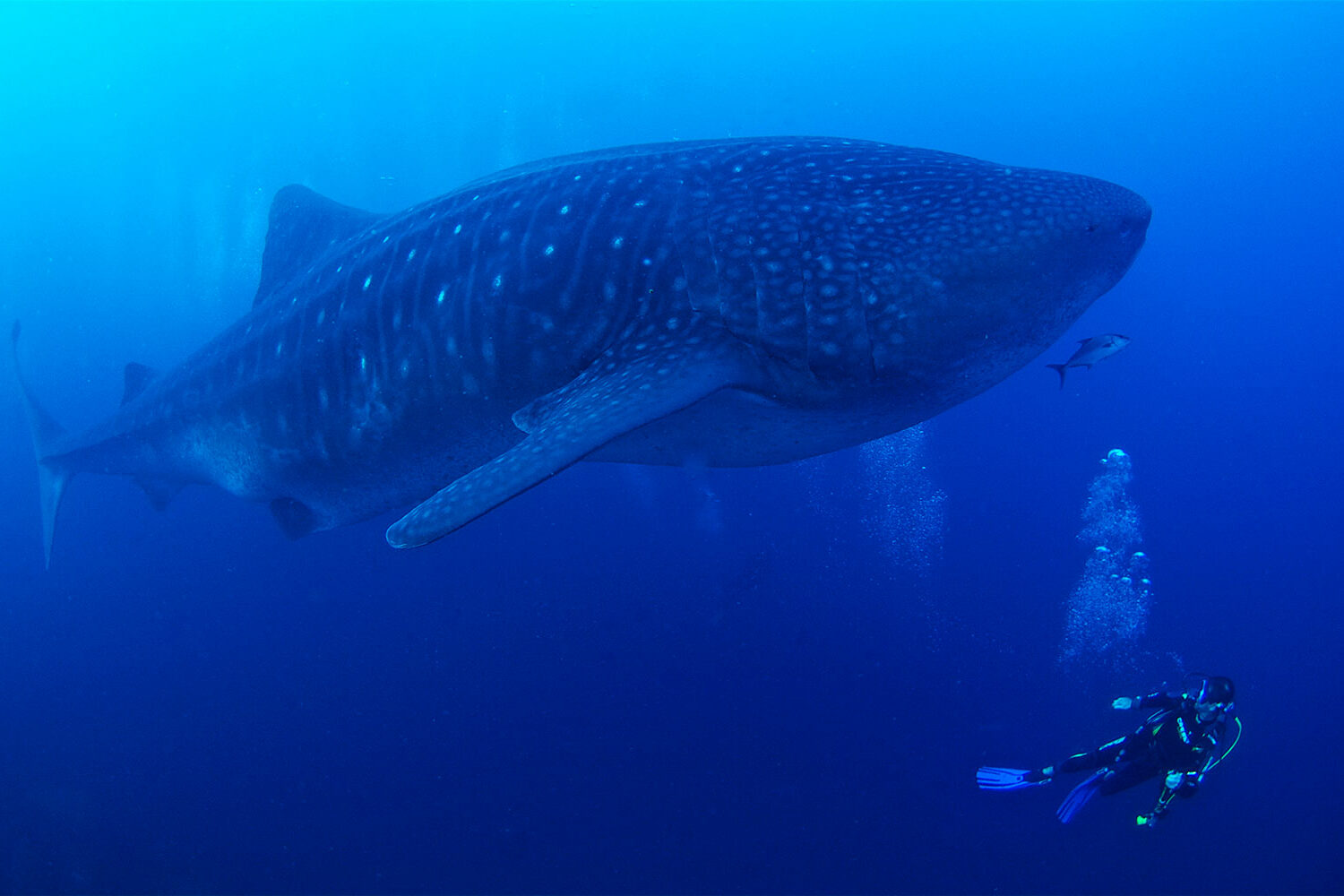 A place of contrast and confluence: three major ocean currents bring a mixture of warm, cold and nutrient-rich waters to Galápagos, a UNESCO World Heritage Site. The result is its extraordinary diversity of life, the concentration of species found nowhere else on earth and bewildering numbers of sharks, birds and fish that find rich feeding grounds here.

Photographers can record the same ocean life but bring to light different perspectives. While Darwin brought the value of the Galápagos islands to international renown based on their finches and tortoises, we’re finally acknowledging that the marine life around these islands is of universal importance.

In 1959 the Charles Darwin Foundation was established, the same year the government of Ecuador created the Galapagos National Park. However, the island began to suffer in the 1970s as agriculture and pollution became more prevalent, highlighting the need for protected areas. In 1974, the Terrestrial Management Plan of the National Park was written and recommended protecting two nautical miles of sea around each of the area’s 19 main islands. In 1998, this marine protection was reinforced when Ecuador created an MPA which included all areas 40 nautical miles from the islands’ coasts, as well as their inland waters (lagoons & streams)

In 2016, Wolf and Darwin Islands, an area that covers over 38,000 square kilometres (15,000 square miles), located in the northwest of the Galapagos Archipelago, was identified as having the largest shark biomass on the planet by scientific researchers from the Charles Darwin Foundation (CDF).

Despite the waters seemingly teeming with wildlife, the study also found that reef fishes around this area, such as groupers, were still experiencing reduced numbers due to unsustainable fishing practices. This highlighted that the work to protect the critical species of the Galapagos is still far from being completed.

The Galápagos Islands host an important diversity of sharks, with as many as 30 different species recorded in the archipelago. These sharks are vital for the islands’ economy. The Charles Darwin Foundation estimates that shark sightings provide 37% of the active workforce’s employment and that living sharks in these waters may be worth about $360,000 every year to the local economy.
‘The first time I dived in the waters around Darwin and Wolf islands, I could not believe how many sharks were there. This area is truly a jewel in the crown of the Galápagos Islands World Heritage site’
– Pelayo Salinas 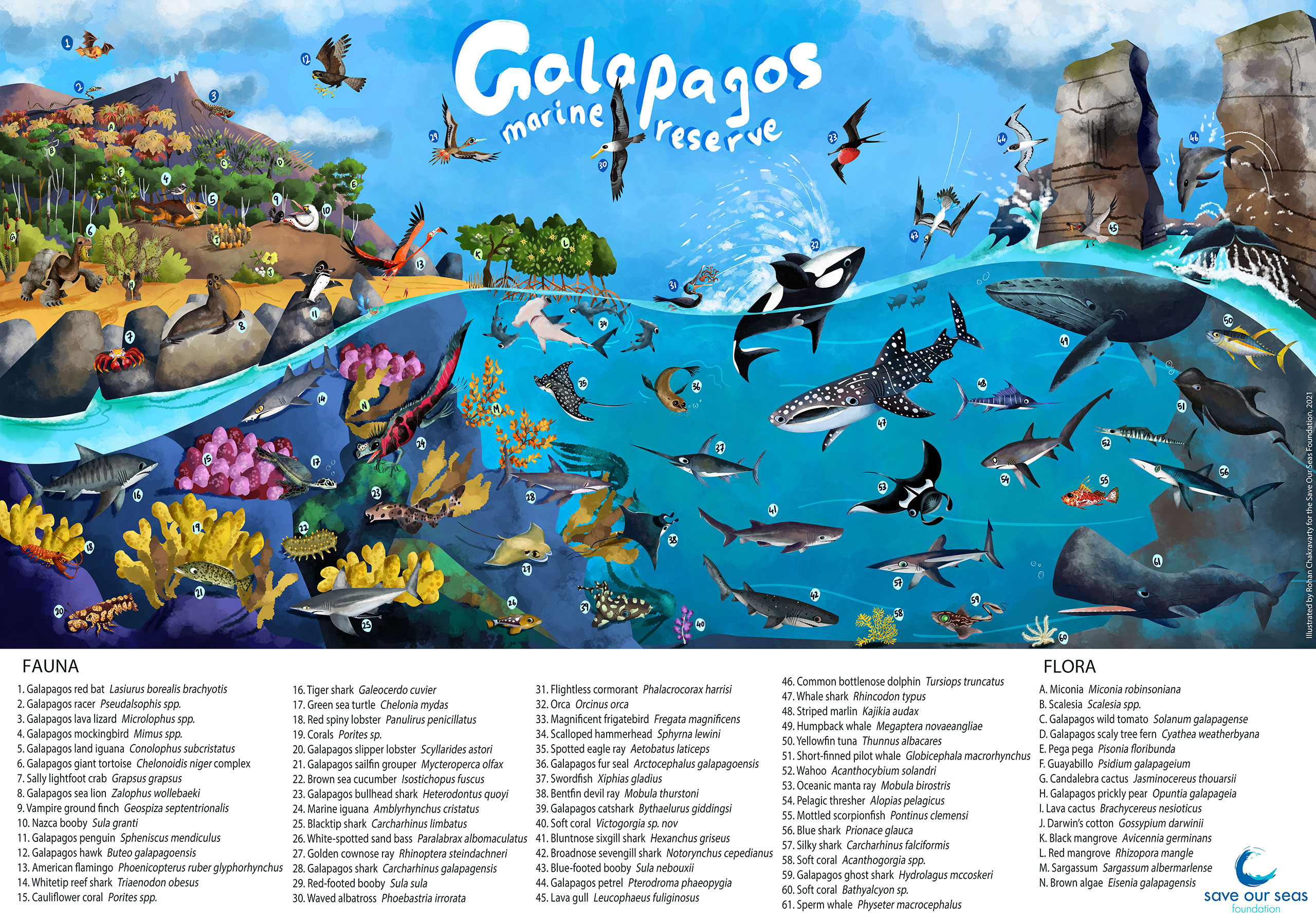 Illustration by Rohan Chakravarty | © Save Our Seas Foundation