Evan Smith runs 100 miles to save sharks – and raises funds for Save Our Seas!

Today, we had the incredible privilege of receiving a cheque for 650 USD from Evan Smith, who ran 100 miles to raise money and awareness for sharks.

Evan lives in Long Grove, United States, Illinois, and running is one of this second-grader’s passions, but not the only one… When he’s not playing kickball or basketball, the Country Meadows Elementary School student is immersed in nature. He’s particularly fond of ocean life. So, when he learned about endangered sharks while attending a program at the Vernon Area Public Library, he immediately wanted to help.

“He came home and said, ‘We need to save the sharks. Call Grandma and Grandpa, we need to get money,’” Greg Smith said.

He suggested that rather than simply asking for handouts, that Evan combine his enthusiasm for running with his desire to raise money.

We feel honored and are grateful and delighted, and will of course spend the money on one of our shark projects. 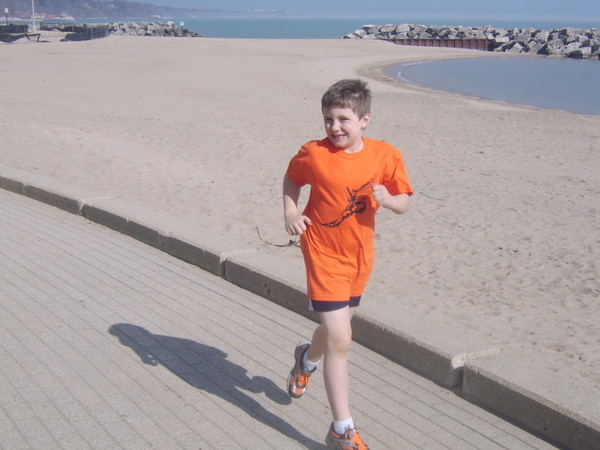 Evan Smith is running for Sharks!