The 21st annual European Elasmobranch Association Scientific Conference, hosted by The Dutch Elasmobranch Society was held in Amsterdam, Netherlands from 12 – 14 October, 2017. Under a theme of ‘the science you need for the policy you want’, dozens of researchers and conservationists gathered at the KIT Royal Tropical Institute to share knowledge, discuss challenging problems, and work towards solutions. 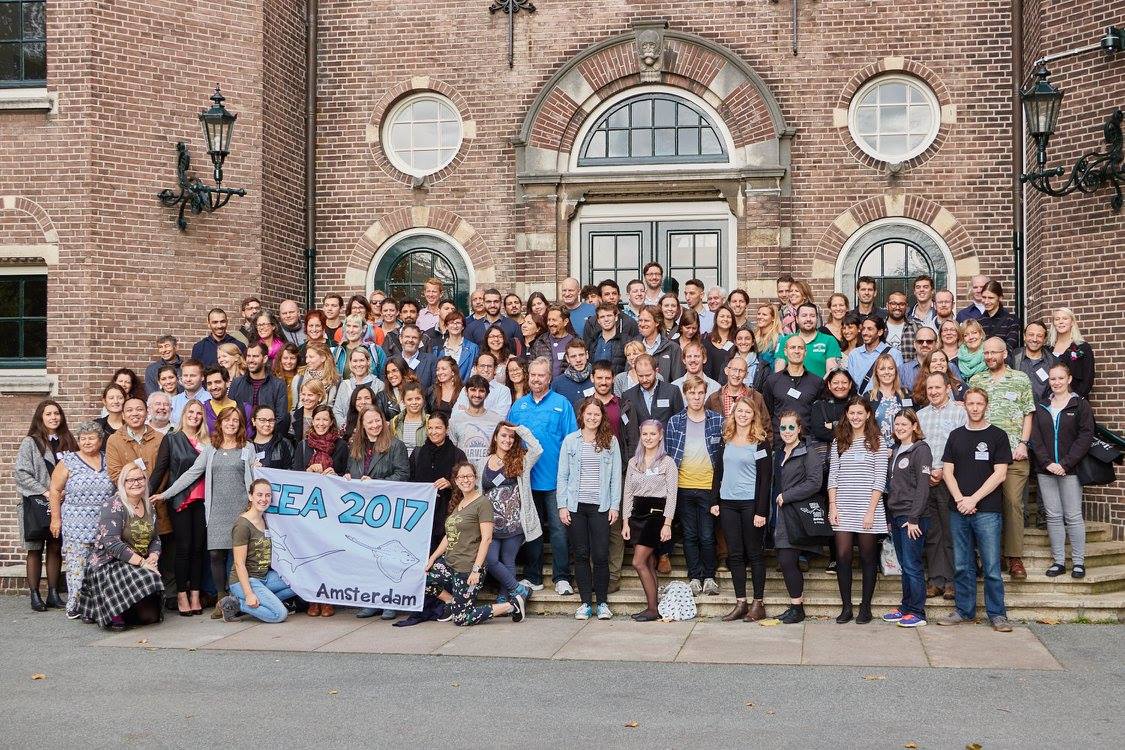 Researchers and conservationists from Europe and beyond at the 2017 EEA. Photo © Dutch Elasmobranch Society

Presentations topics ranged from new perspectives on elasmobranch research to fisheries management and policy, as well as the situation in the Mediterranean and recent shark ecology and biology studies.

Linda Planthof, an organiser of the event said the team’s goal was to provide a platform for gaining knowledge, exchanging ideas, and exploring new ways forward.

‘As scientists we have a responsibility to share and advance our knowledge,’ Linda explained. ‘Not only to make sure that this is reflected in the scientific literature, but that it also reaches the policy makers tasked with making decisions on how we manage our interactions with nature.’

This, according to Linda, is why the theme, the science you need for the policy you want was chosen.

‘Being smart in how we ask our scientific questions can ensure those in power have the best possible basis for decision making,’ said Linda. ‘We can also hold them accountable if they choose to ignore the best available scientific advice.’

Policy insights, shark tracking, and sawfish conservation presented by Save Our Seas Foundation

SOSF was well represented at the conference by Project Leaders working in the Canary Islands, Mexico, and Australia.

Speaking from a policy perspective, Sarah Fowler, a scientific advisor of the Foundation, gave an informative talk about the challenges and opportunities in developing non-detriment findings (a form of sustainability certification) to enforce regulations on elasmobranchs listed under Appendix II of the Convention on International Trade in Endangered Species (CITES). Sarah discussed the vital role of science in these developments as well as the pros and cons of investing in regional fisheries management approaches. 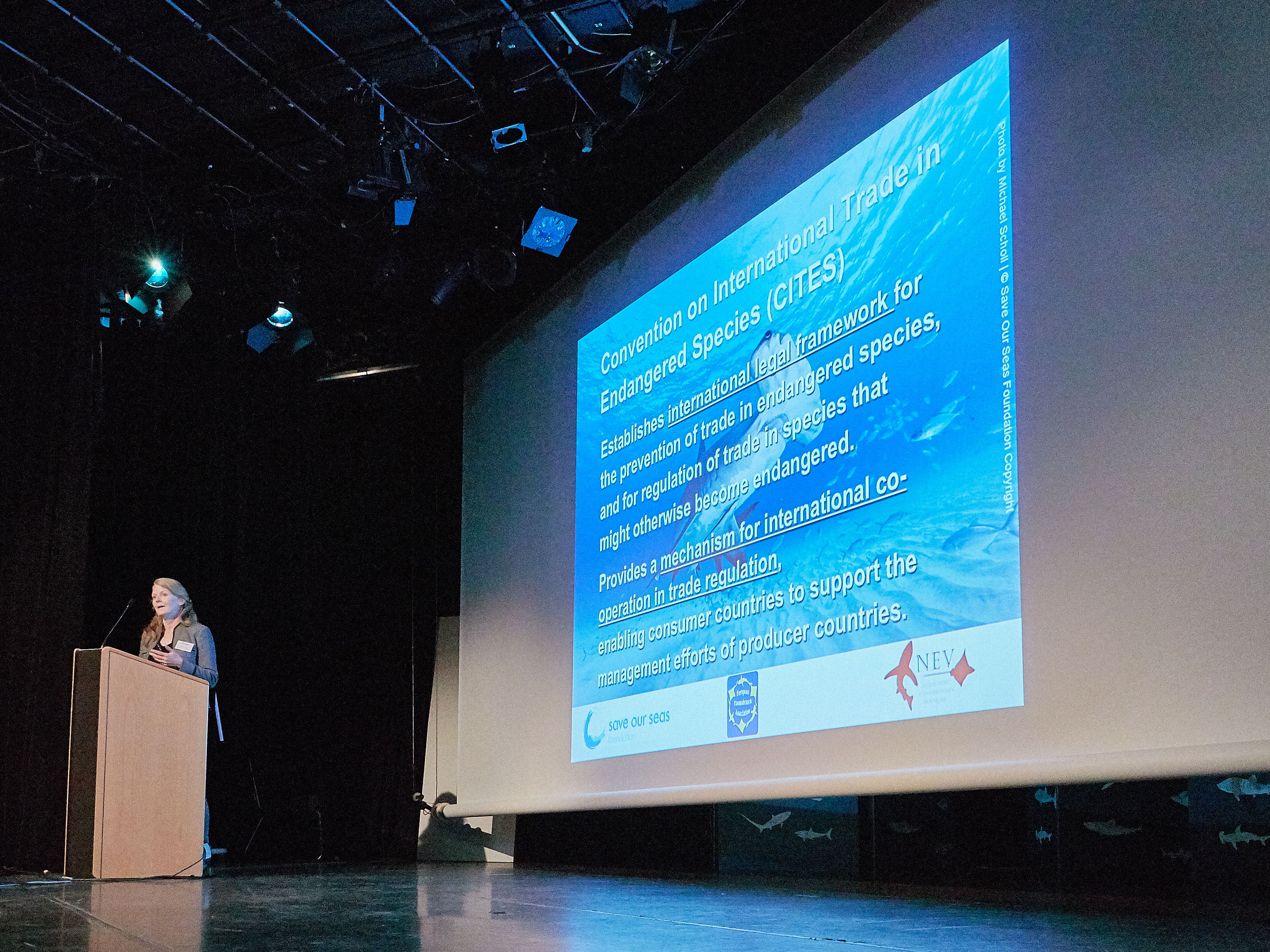 Project Leader, Eva Meyers (The Angelshark Project) discussed her work tagging and tracking Critically Endangered angelsharks in coastal, shallow areas of the Canary Islands — a place where habitat use was previously understudied. Through this SOSF funded project, Eva has documented the use of key areas as nurseries and breeding habitats, emphasizing urgent the need for their protection and management. 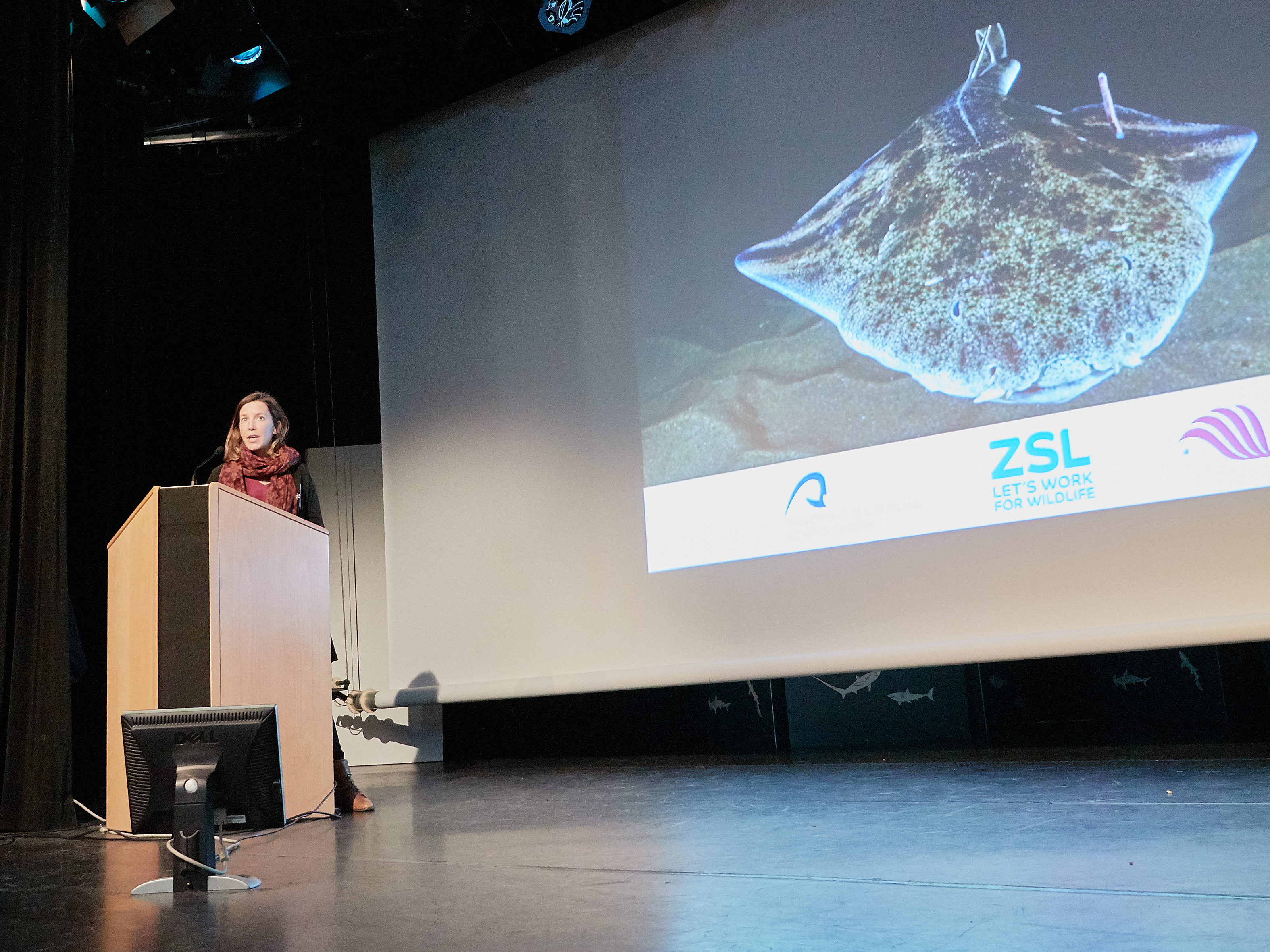 With the first ever International Sawfish Day less than a week away, two SOSF Project Leaders gave timely presentations on their work researching this highly threatened family of rays.

Representing Mexico, Ramón Bonfil talked about his use of new technologies includes drones and eDNA to pinpoint, and eventually protect the country’s critically low smalltooth and largetooth sawfish population numbers.

Project Leader, Barbara Wueringer’s presentation focused on one of the last remaining retreats for four out of five sawfish species — Northern Queensland, Australia. Her talk served as an overview of sawfish survey and protection efforts in the region. She also discussed her upcoming work investigating the role of sawfish in local ecosystems and collaborating with citizen scientists to raise awareness about these critical habitats. 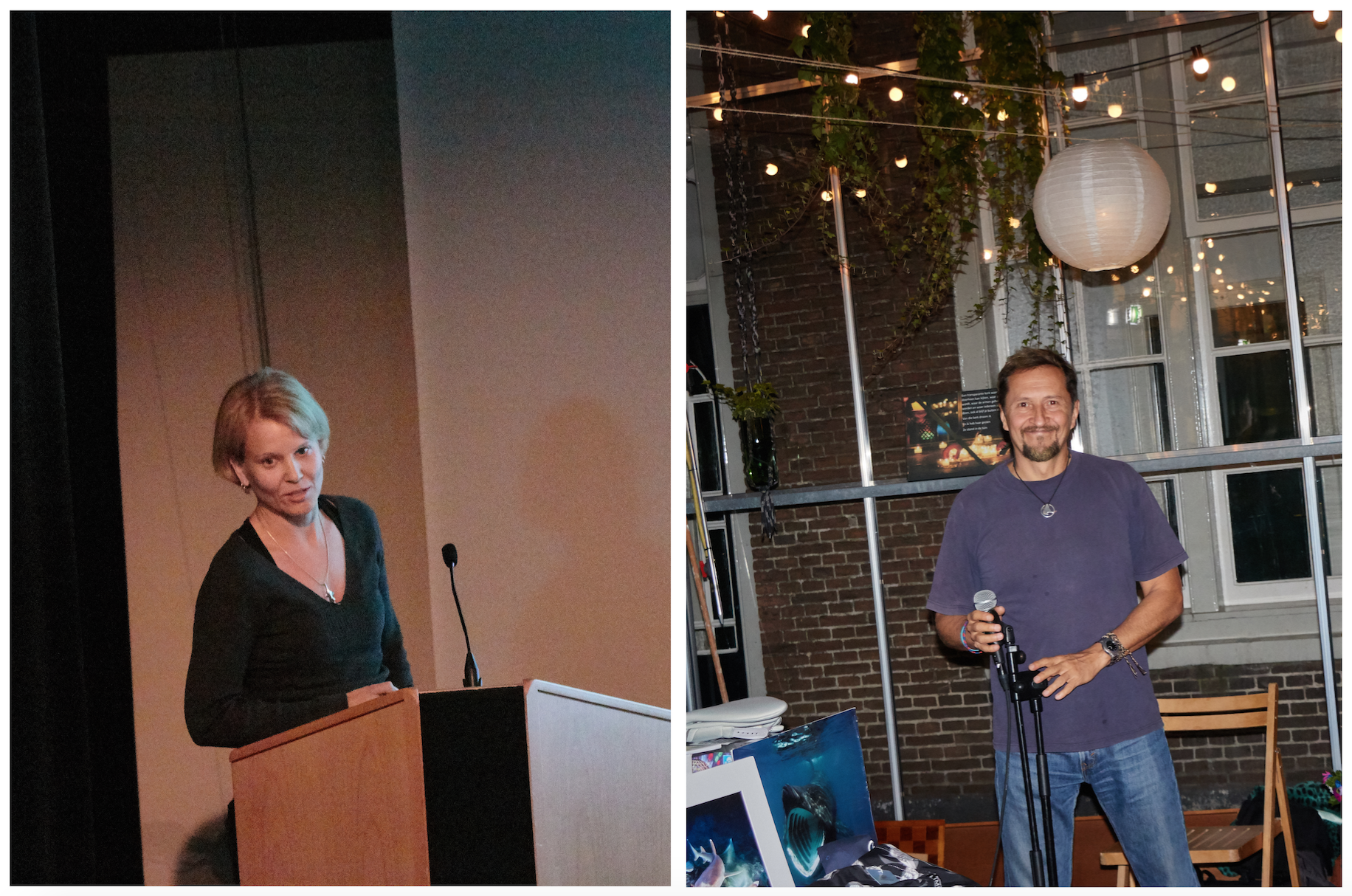 Approximately half of the conference delegates comprised of students and early-career scientists, many of which were awarded travel grants by SOSF to attend the meeting and present their research.

‘I think it is very encouraging to see such a high number of talented young people participating,’ Linda said. ‘They represent the next generation of scientists and conservationists that will make a difference in the years to come.’

In terms of the value meetings like EEA bring to shark research and conservation, Linda believes the bringing together of experts from various disciplines is crucial.

“This year, we organised breakout sessions that allowed delegates to interact on their chosen subjects with other experts in their field.’ Linda explained. ‘These sessions have the potential to yield new research collaborations and extend our mission to foster strong resolutions on management.’

For more information on EEA or how to get involved in future conferences, email info@elasmobranch.nl.