The new Eugenie Clark Award will ensure that the legacy of the ‘Shark Lady’ lives on and that future female scientists continue to contribute to it.

Launched last week by the American Elasmobranch Society (AES), with the support of the Save Our Sea Foundation and the Mote Marine Laboratory, the annual $2,500 Eugenie Clark Award will be granted to female early-career scientists who are part of the AES, and demonstrate perseverance, dedication and innovation in biological research and public outreach for sharks, rays and other elasmobranch fishes – just as Clark did. 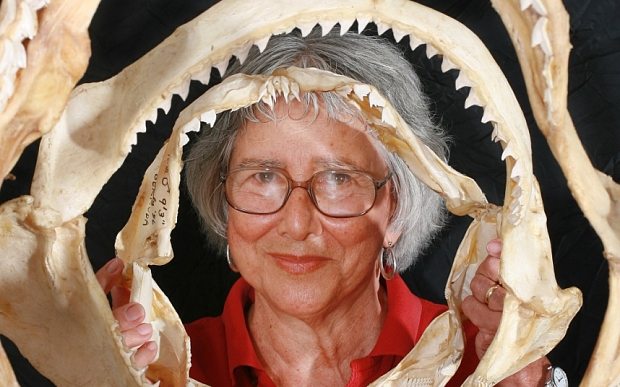 In this photo taken Feb 23, 2006, marine Biologist and shark expert Dr Eugenie Clark poses with jaws of, from front to rear, a tiger shark, a dusky shark and a sixgill shark at the Mote Marine Laboratory in Sarasota, Fla. © Photo by St Petersburg Times | AP

Dr Eugenie Clark (1922 – 2015) was a pioneer in research on the biology of elasmobranch fishes, and she was able to forge her career during a time when women were discouraged from becoming research scientists. Clark was instrumental in educating thousands of college students, and she contributed to hundreds of technical publications, as well as many books and articles for popular audiences. She passed away at the age of 92 during February this year.

Clark made her mark in understanding the natural history, reproductive biology and behaviour of sharks and other fishes. The ‘Genie’ Award will honour her, and continue her legacy of inspiring and encouraging excellence among other young women.