New research published in Nature Climate Change magazine this month and funded in part by Save Our Seas Foundation warns that already rapidly deteriorating Mediterranean coastal ecosystems remain under significant threat from increasing CO2 levels in the atmosphere.

A team of marine experts, coordinated by Plymouth University-based Dr Jason Hall-Spencer, assessed the risks related to rising ocean temperatures and increased seawater acidity, and found that the acidification of seawater as a result of high human CO2 emissions poses a severe threat to the marine ecosystem, specifically to corals, limpets, mussels and other calcifying organisms.

One of the principal scientists involved, Dr Riccardo Rodolfo-Metalpa, has been studying marine life off the Island of Ischia in Italy, where carbon dioxide bubbles up through vents in the seabed as result of volcanic activity centered around Mount Vesuvius. Rodolfo-Metalpa, who is based at the International Atomic Environmental Agency (IAEA), found that “transplant experiments with corals, limpets and commercially important mussels have shown the severe risks associated with increasing carbon dioxide emissions for marine life. These animals try to grow their shells and skeletons faster but they simply dissolve away. Mediterranean coastal ecosystems are being degraded by increasing temperatures and we now know that this warming can make the effects of ocean acidification worse.” 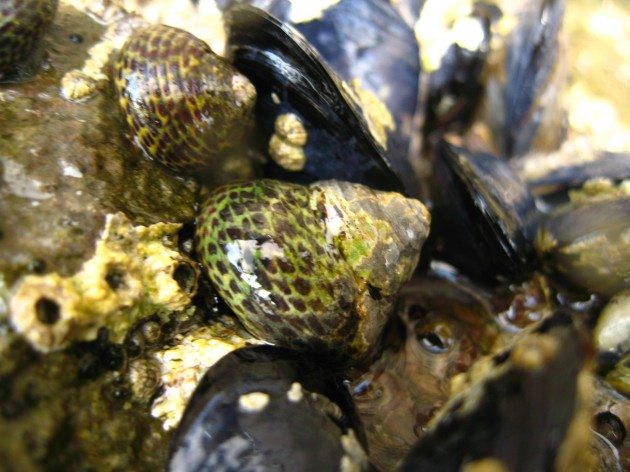 Naturally-occuring carbon dioxide vents provide an excellent environment in which scientists can study the effects of acidification. As Dr Hall-Spencer notes: “[the vents] show us what coastal areas might look like if ocean acidification continues to worsen. They also help us predict how people will be affected if CO2 levels continue to rise rapidly. We see major losses in biodiversity and the aquaculture industry is right to be nervous about the effects of carbon dioxide.”

We see major losses in biodiversity and the aquaculture industry is right to be nervous about the effects of carbon dioxide.

This new study builds on work published by the team in Nature and National Geographic Magazine and documents the corrosive effects of acidified water on mollusc shells and coral skeletons.

The Intergovernmental Panel on Climate Change’s (IPCC) 4th Assessment Report estimates that unless CO2 emissions are greatly reduced by the end of the century, mean surface ocean pH will decline from the current level of 8.1 to 7.8, due to rising atmospheric CO2 concentrations.

Additional information about the effects of climate change on the Mediterranean is available at the website of the European Mediterranean Sea Acidification in a changing climate (MedSeA) initiative.