Prof. Mahmood Shivji, director of the Save Our Seas Shark Centre at Nova Southeastern University, Fort Lauderdale, United States, and colleague scientists have made a remarkable discovery. Through sampling and DNA analysis, the scientists have further confirmed the existence of a cryptic species of hammerhead shark that looks very similar to but is evolutionarily very distinct from the scalloped hammerhead (Sphyrna lewini). Prof. Shivji’s group first reported the existence of this new hammerhead species in the western North Atlantic Ocean in 2005. Now, using nuclear and mitochondrial DNA sequences they have documented that this cryptic lineage also occurs in the western South Atlantic Ocean, extending its distribution >7,000 km from its only previously reported location.

Given its only recent discovery and close morphological resemblance to the real S. lewini, it is reasonable to postulate that the new Sphyrna species (currently called Sphyrna sp. since it has not yet formally been named) has been subject to similar fishing pressure as S. lewini, which is in the midst of a stock collapse in the western North Atlantic (Hayes et al. 2009) and listed as “Endangered” worldwide by the International Union for the Conservation of Nature (Baum et al. 2007). We therefore speculate that the population status of the Sphyrna sp. lineage throughout the western Atlantic might similarly be of concern, especially in light of its presence in fisheries landings and apparent low-frequency occurrence in the wild.
Why is this important?
Given solid genetic evidence for its existence and expanding concerns about overfishing of the large-bodied hammerhead sharks, this cryptic species urgently needs to be formally recognized and incorporated into shark management and conservation planning to avoid the inadvertent, potential extirpation of a unique hammerhead lineage. Comprehensive studies of its life history (i.e., fecundity, breeding regularity, age and growth and distribution) are needed to allow for its proper management.

Also of concern now is that due to decades of unrealized species mis-identification betwen the real S. lewini and the cryptic species, stocks of the endangered S. lewini may be even smaller than previously assessed. The United States National Marine Fisheries Service is currently conducting a status review of S. lewini to consider if it should be listed as Threatened or Endangered under the U.S. Endangered Species Act. The existence of the cryptic species and mis-identification issues interjects additional considerations in this status review.
Sharks are under tremendous threat worldwide with many species facing extinction. Without adequate research it is difficult to create the right legislation to protect sharks and to formulate practical methods of enforcing this legislation. Dr. Shivji’s work is crucial in both these areas.

An abstract of the paper can be read here: 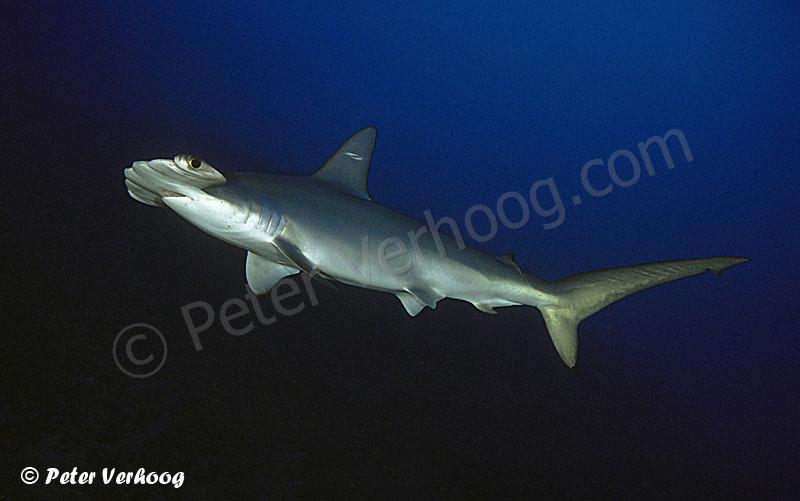 There are more species than Sphyrna Lewini, pictured here / © Save Our Seas Foundation / Peter Verhoog