The Franklin’s Gull, a small, black-headed bird with a breeding range stretching across the northwestern United States and Canada is commonly sighted throughout interior prairie habitats during the summer months. While knowledge of this species’ long term winter migrations to the coasts of Peru, Chile, and other areas of the southwestern hemisphere are well documented, not much is known about their travels to eastern parts of the world. Recently, Save Our Seas Foundation (SOSF) program director, Clare Keating Daly observed this species while conducting work for the SOSF D’Arros Research Centre (DRC), located in a remote part of the Amirantes Archipelago of Seychelles off the eastern coast of Africa. This was this first recorded observation of this species in this region. Her observations were documented in the Marine Ornithology this month. 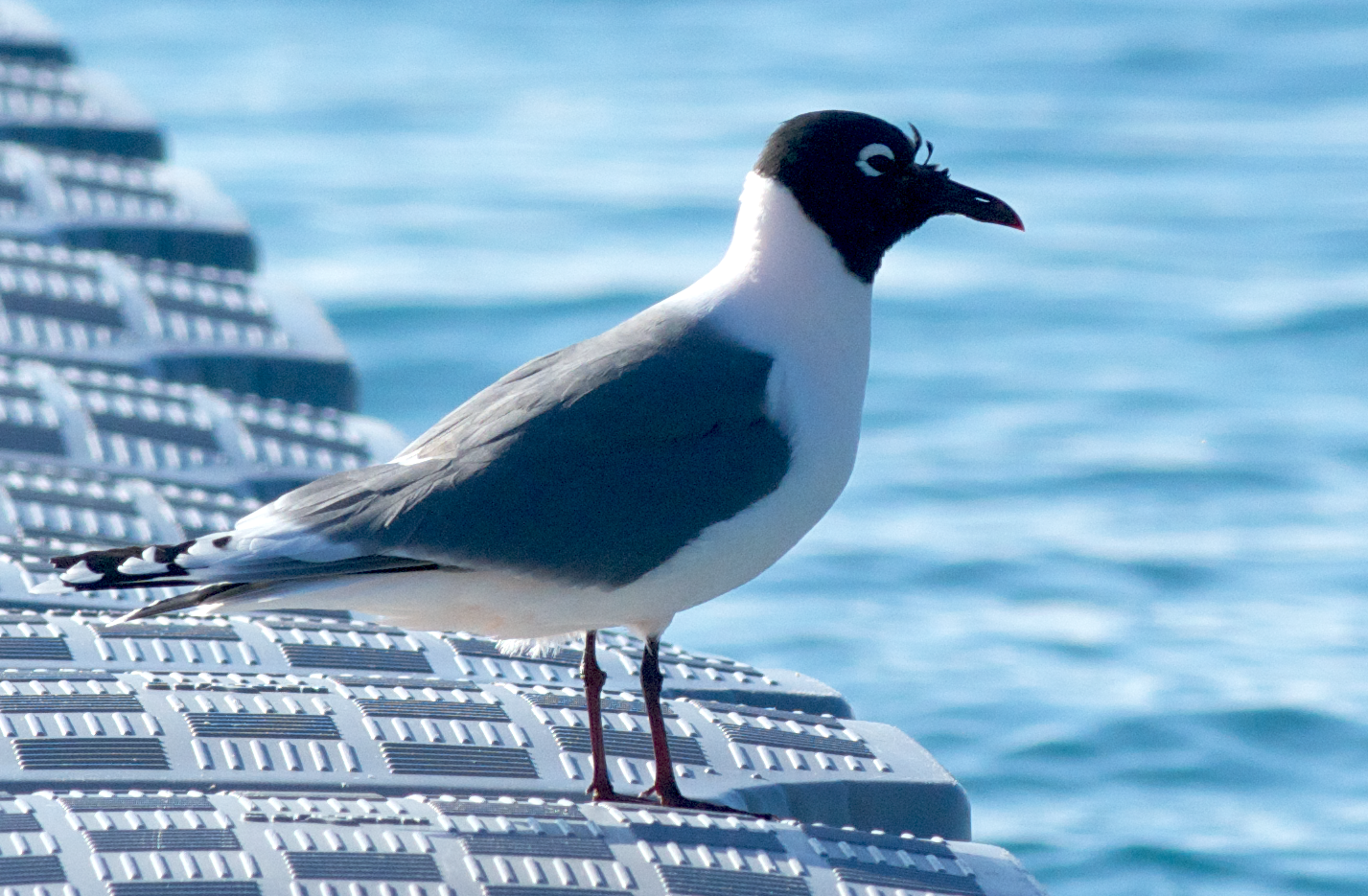 Gathering information about seabird distribution in ocean areas provides valuable insight into the health of marine environments. Additionally, it assists marine managers in making science-based decisions about where to establish marine protected areas. Unfortunately, many species of seabirds are facing critical threats to their survival such as human disturbance and pollution. The unlikely observation of a Franklin’s Gull on D’arros Island is just one of the many interesting occurrences Clare has witnessed during her time working with SOSF.

In this short interview, we spoke to Clare to learn more about the Franklin’s Gull, the work she conducts on D’Arros Island, as well as the importance of tracking and conserving seabird populations, and their connections to important fisheries species.

Have you and your team hypothesised why a Franklin’s Gull might be travelling to this part of the world?

When I first reached out to confirm the identification of the gull, Seychelles Bird Records Committee chair, Adrian Skerrett asked me what an American inland gull was doing at D’Arros? Growing up in Minnesota, my origin is the plains of the American inland. I found a sort of kindred spirit in the gull. But yes, from a scientific perspective, what would draw this bird to a tiny island thousands of kilometres from its usual habitat? We have yet to reach a reasonable hypothesis to answer this question, which is part of what makes this sighting even more special. We aren’t entirely sure.

In the publication, you mention that Franklin’s Gulls have been recorded in other uncommon areas (Mozambique, Iceland, Antarctica, The Caribbean, Australia, etc). Are you surprised that this bird has now been seen in the Seychelles?

The species is a known wanderer, so really anywhere is possible. But Seychelles seems to be a stretch even with that in mind. The gull would have had to cross two oceans to get here but what’s even more surprising is that it was in full breeding plumage (the coloration and pattern of feathers which changes during mating season). That’s the right plumage for the time of year, but completely the wrong place. Most unlikely sightings that I’ve read about are gulls in non-breeding plumage. So yes, I was very surprised. 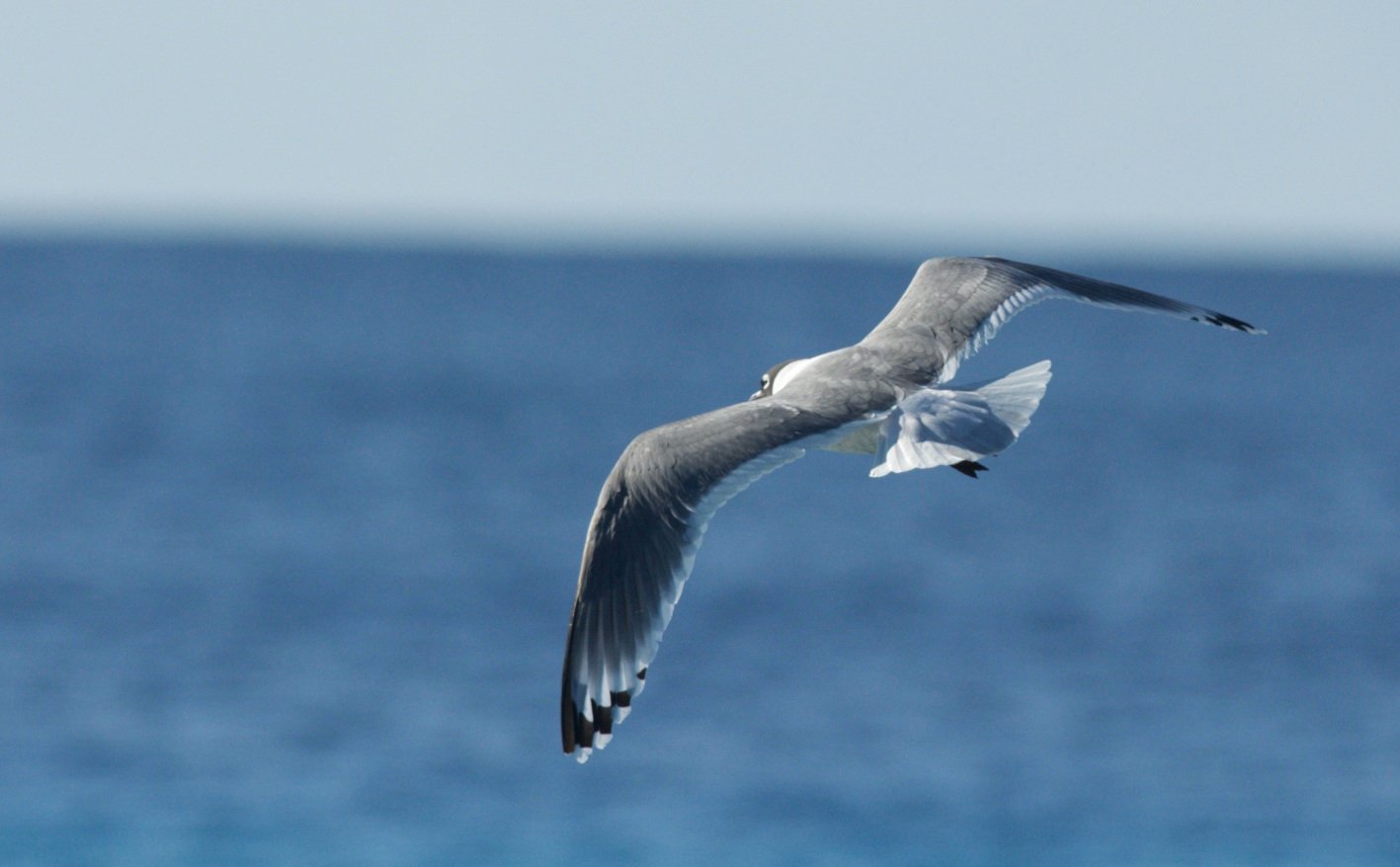 Why is this observation significant/important?

My background is not biology so the lens with which I see the significance of this observation is perhaps different than, say, SOSF-DRC Project Leader, Danielle van den Heever who has studied the influence on increasing wind speeds on migratory routes of birds. To me, this observation is important because it helps to highlight how little we know about the natural world. It highlights the importance of remote field stations and the power of simple observation. John James Audubon, the American naturalist and ornithologist is a hero of mine. Without a biology degree, or formal education for that matter, he made astounding contributions to the understanding of bird behaviour, achieved almost entirely through direct observation. That’s not to say that the scientific process isn’t important, but there is more to understanding nature than what is extracted from samples in a lab. The sighting of a Franklin’s Gull on D’Arros certainly isn’t going to change the world of bird research, but it gives significance to observation, it promotes us naturalists.

Can you tell me about some of the work SOSF D’Arros Research Centre conducts tagging and tracking other species of seabirds in the Seychelles?

I mentioned Danielle van den Heever. She is studying the foraging ecology of breeding wedge-tailed shearwaters. D’Arros Island and St Joseph Atoll host one of the largest colonies in Seychelles — the islands of the atoll reverberate, almost pulse with their wails. So it’s a great place to study the birds. Danielle is tagging the birds with tiny GPS trackers along with taking samples to look at seasonal changes in diet. We’re also active contributors to Seychelles Bird Records, a database of bird sightings and presence, noting vagrants and migratory birds throughout the year.

What do you hope this research will achieve?

Pelagic marine protected areas are relatively scarce in number. It’s hard to know where, but protection is crucial for the health of our oceans. Seabird research; tagging foraging birds and discovering the hot spots in their fishing efforts, is one way to pinpoint areas of high productivity, and thus, areas important for conservation. That’s one objective of Danielle’s research, to identify these areas in hopes that the data may help inform impactful spatial management. 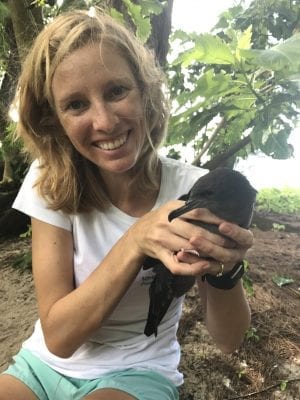 Why should people care about conservation measures for seabirds?

I think it’s easy to forget that everything is connected. Understanding where a seabird you’ve never heard of forages may seem irrelevant but those birds rely on predatory fish, namely tuna, to drive their prey to the surface. Discovering where these overlaps take place, that is, overlaying tagged seabird GPS tracks with fisheries data, can aid in the establishment of effective pelagic marine protected area boundaries. It can also protect critical areas for commercially important species. There is so little that we know about these interactions in the open ocean, but effective conservation measures for seabirds could ultimately keep tuna at the market and on the menu. For many people, guilt-free tuna steaks and sushi should be good enough reason to care about seabird conservation.