Changing ocean currents have consequences for our climate

Ocean currents play a vital role in the transport of heat across our planet. With our climate changing, scientists are asking questions about how this complicated heat exchange might behave in the future – and what this means for our global air temperatures. A new paper published in Nature in July suggests that slowing ocean circulation in the North Atlantic might enhance the warming of sea surface waters in years to come. Scientists Xianyao Chen & Ka-Kit Tung suggest that the Atlantic Meridional Overturning Circulation, or AMOC, shifts from a fast phase to a slower phase over a natural cycle of between 60 – 70 years, with consequences for how much heat is taken from our atmosphere and stored in our deep oceans. 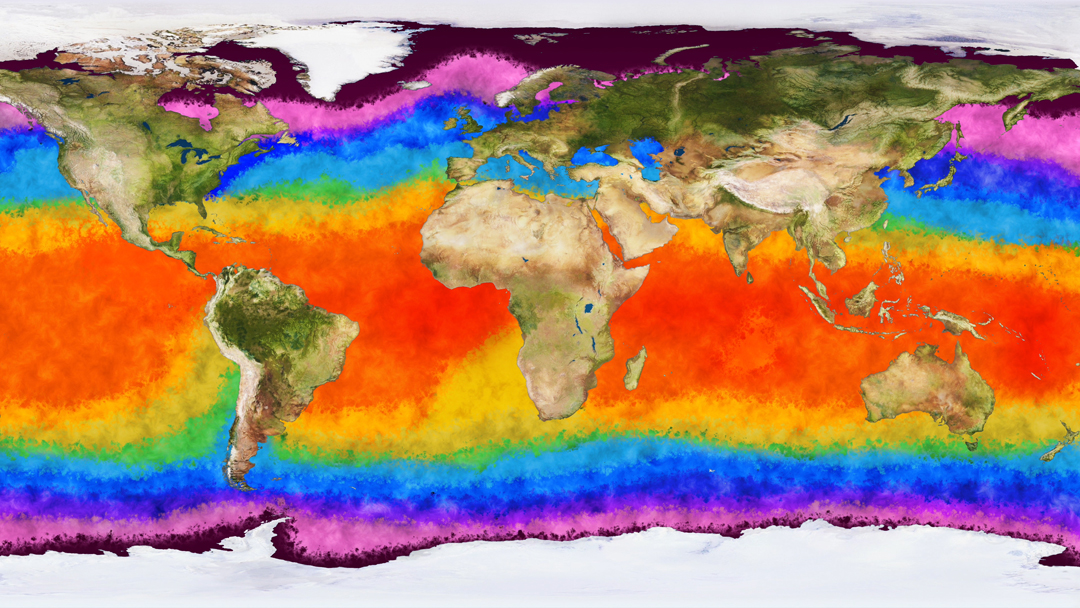 How our ocean currents change will have a major role to play in the future of our climate. However, the mechanics of how ocean circulation works is complex and this makes predicting trends over time very difficult to analyse. Scientists have been concerned about the stability of the Atlantic Meridional Overturning Circulation, or AMOC. In fact, this concern even made it into the apocalyptic movie “The Day After Tomorrow”, where currents in the North Atlantic collapsed completely and New York froze over!

Much like a conveyer belt, the AMOC moves warm, salty sea surface waters from the subtropical Atlantic ocean northwards to the subpolar Atlantic. The currents associated with this circulation; namely, the Gulf stream and others, move warmer water northwards at the surface, bringing milder temperatures to Western Europe. Along the way, heat is lost from the surface water to the cooler atmosphere, leaving the water more salty (saline) and therefore “heavier” (more dense). This dense, salty water sinks to the deep ocean in the north, and returns southwards at depth. It’s this part of the circulation that intrigues Chen and Tung, the authors of the new paper “Global surface warming enhanced by weak Atlantic overturning circulation”. 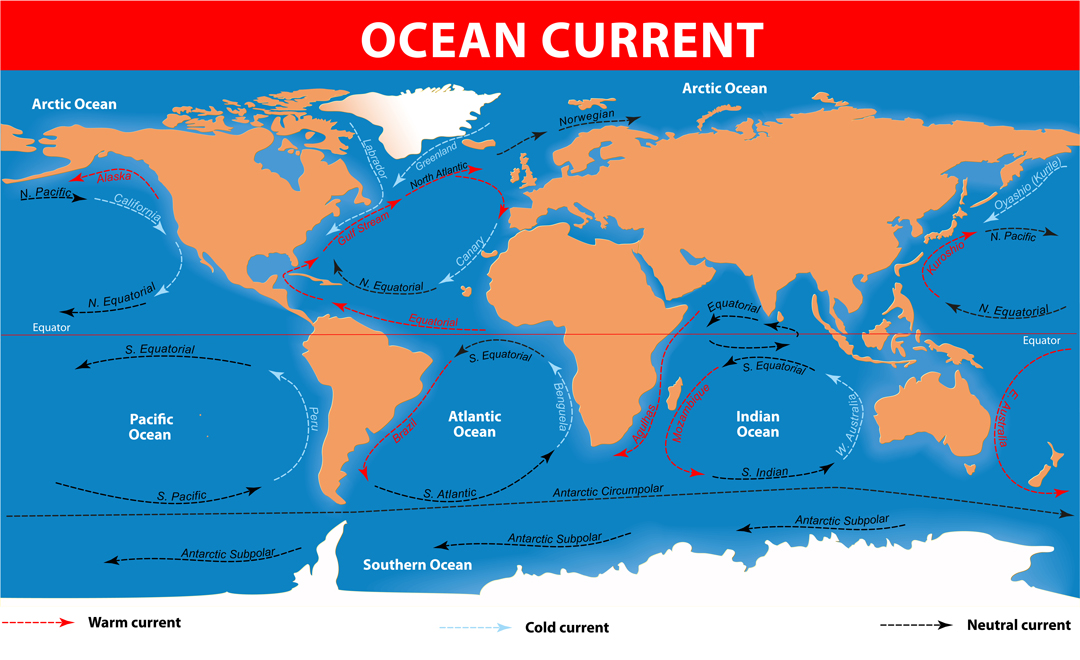 The strength of the AMOC changes over time: scientists are unsure of exactly why this is, but they do know that when the AMOC is stronger, more dense, salty water sinks to the deep ocean, taking heat from the surface down with it. Chen and Tung’s data show that heat has accumulated in the deep Atlantic since 2000, which coincides with a slowdown in temperatures at the surface (as heat is plunged down to the deep ocean), which they can now show coincides with a fast, strong phase of the AMOC.

The last time AMOC was in a slow phase, they show, was between 1975 and 1998. This coincided with a period of warming surface temperatures. Rather than the great collapse that the movie suggests, the scientists believe that these changes between fast and slow phases are part of a natural cycle of between 60 to 70 years, and that the AMOC is busy transitioning from a fast phase (from 2000 until now) to a slow phase. While this means we can breathe a relative sigh of relief that the slowing of the AMOC doesn’t mean a total collapse in the near future (if Chen and Tung are correct about these natural, decades-long cycles), it does suggest that less excess heat will be stored in the deep Atlantic in years to come. This, they believe, will mean rising air temperatures in the coming decades.