In an average month, the areas of the ocean most used by pelagic sharks will have a 24% overlap with industrial longline fisheries. That’s according to a landmark study: “Global spatial risk assessment of sharks under the footprint of fisheries”, published today in the journal Nature. The findings, which represent the first fishery-independent, global-scale estimates of the extent of spatial overlap between sharks and industrial fisheries, are cause for concern. Population numbers for many pelagic sharks – highly migratory species that use the open oceans – are in free-fall, and there is little ocean space left that is not subject to intense, industrial fishing effort. Most worryingly, the highest degree of overlap with longline fisheries occurs in hotspots for commercially valuable sharks like the North Atlantic blue (76% overlap) and shortfin mako sharks (62% overlap), and internationally protected sharks like the porbeagle and great white shark. The study provides a blueprint for future big-data research using satellite technology to track sharks and fishers. Its findings urge us to identify and protect shark hotspots, with large-scale marine protected areas (MPAs) one possible solution. 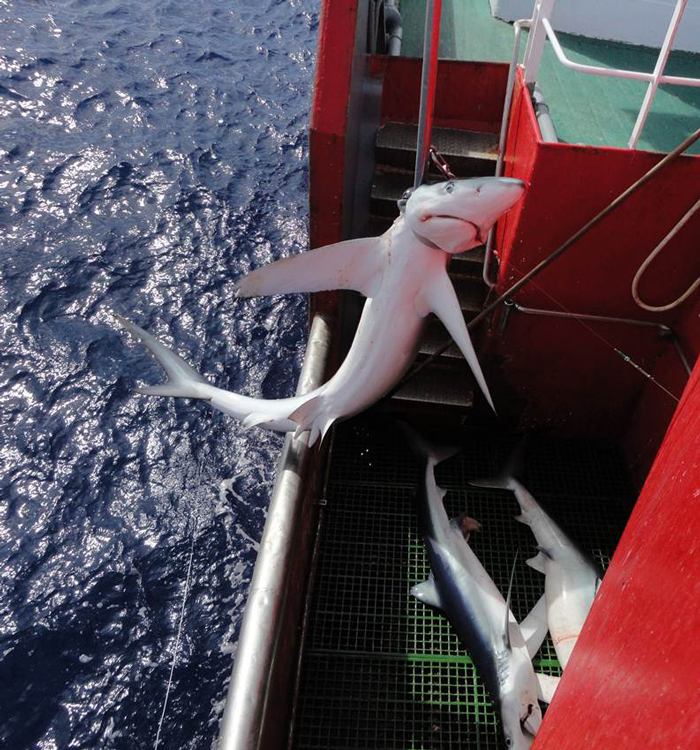 Pelagic sharks are our oceans’ great nomads, roaming vast distances across our seas. This behaviour brings them into contact with a variety of threats in very different habitat types, from coastal waters and continental shelves to deeper reaches and the wide-open waters of the High Seas. Fishing is one such threat, and its footprint has increasingly crept from the limits of the continental shelf into the high seas since the 1950s. Large pelagic species now make up 52% of the sharks caught in both target and bycatch fisheries worldwide. Scientists cautioned that regional populations of pelagic sharks were declining, but lacked evidence to discern whether fishing pressure is concentrated in specific hotspots of shark activity, or is spread across their entire ocean range. Pelagic sharks currently have limited conservation management in the High Seas – those areas of the ocean that fall outside the national jurisdiction of any single country. To better manage pelagic sharks in the open seas, we need to understand where they move, and why, and identify where these tracks overlap with the footprint of fisheries. How to do this? The team tracked sharks and fishers and looked at where their movement patterns intersect. The catch? Most data on pelagic sharks to date come from fisheries catch records, are often not identified to species level, represent only those areas that ships traverse, and are quite often mis- or under-reported. Access to satellite data, and a collaborative effort, was needed to get a better picture. 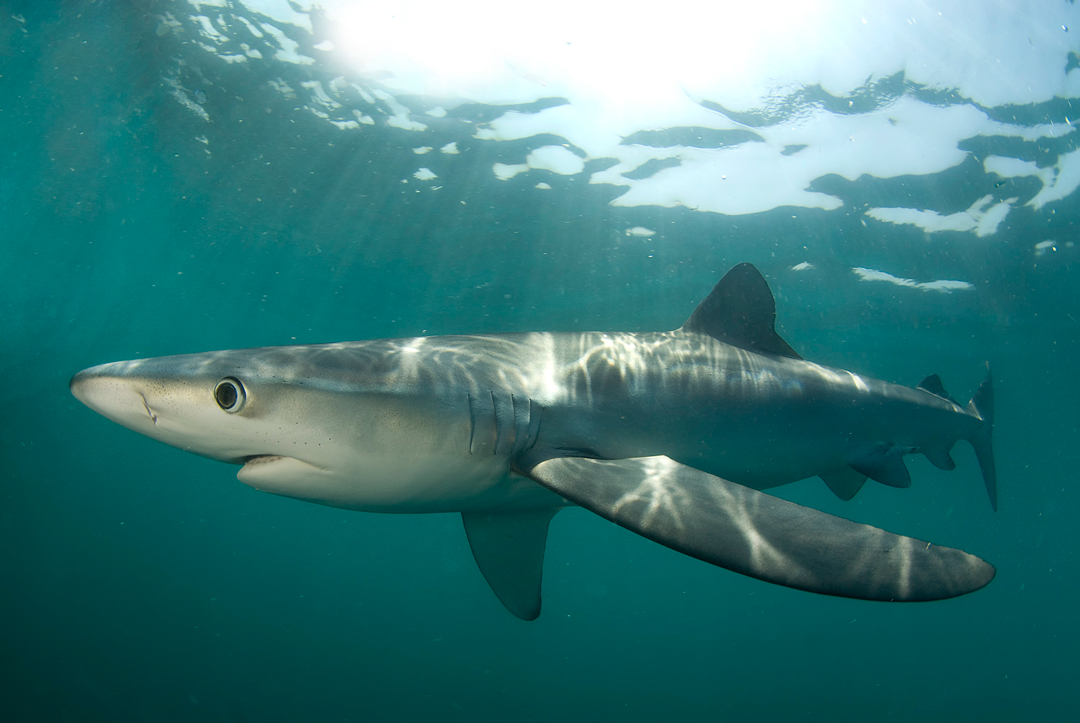 What did they do?

The publication’s lead author Dr Nuno Quieroz from Universidade do Porto in Portugal, and study leader Professor David Sims who heads the Global Shark Movement Project based at the Marine Biological Association Laboratory in Plymouth, UK, worked with data from over 150 scientists from 26 countries. The study gathered movement data from 1804 individual sharks, from 23 different species, tracked using satellite transmitter tags in the Atlantic, Pacific and Indian Oceans. The scientists mapped where the sharks moved, and uncovered ocean ‘hotspots’ – areas that sharks used frequently or regularly, or where they aggregated. The team then wanted to understand the extent to which these shark hotspots overlapped with the areas worked by longline fishing vessels. They mapped where ships monitored by Automatic Identification Systems (AIS) – used for vessel safety and to prevent ship collisions at sea – were fishing, and calculated the percentage overlap with their identified shark hotspots. 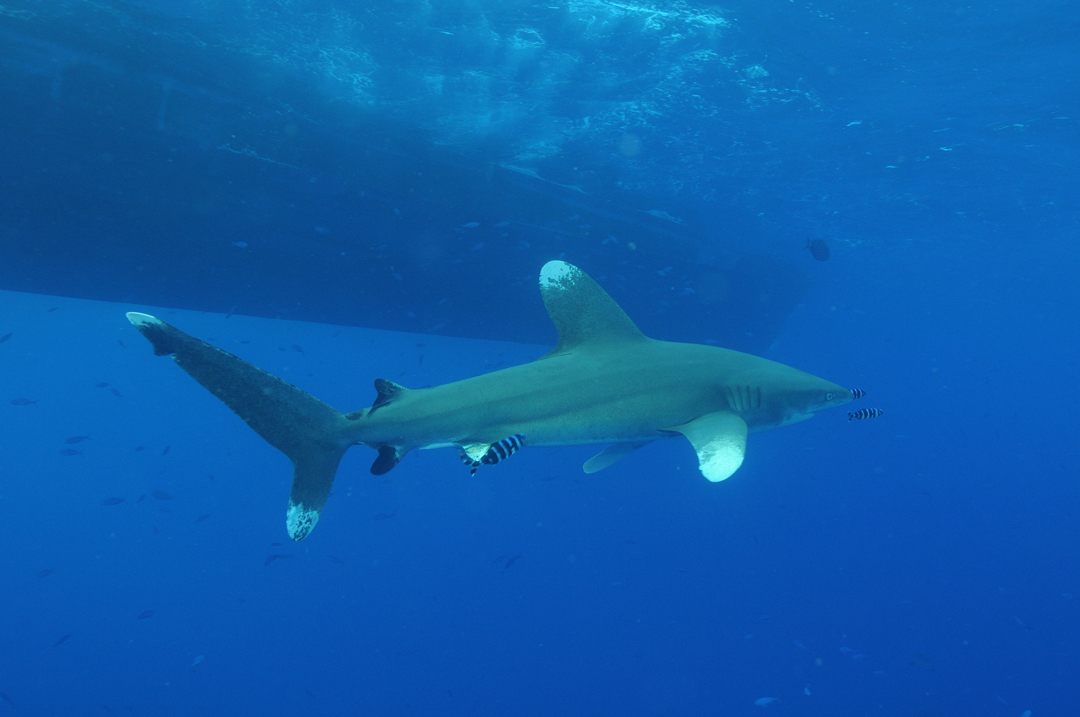 What did they find?

The distribution of longline fishing:

The annual distribution of industrial longline fishing effort detected from Automatic Identification System (AIS) data, represented as the number of days fishing, around the world.

In general, the areas where shark densities were highest were those highly productive ocean areas rich in food. In these hotspots, sharks stayed for longer periods, and the degree of overlap and intensity of industrial fishing was highest in these same regions. 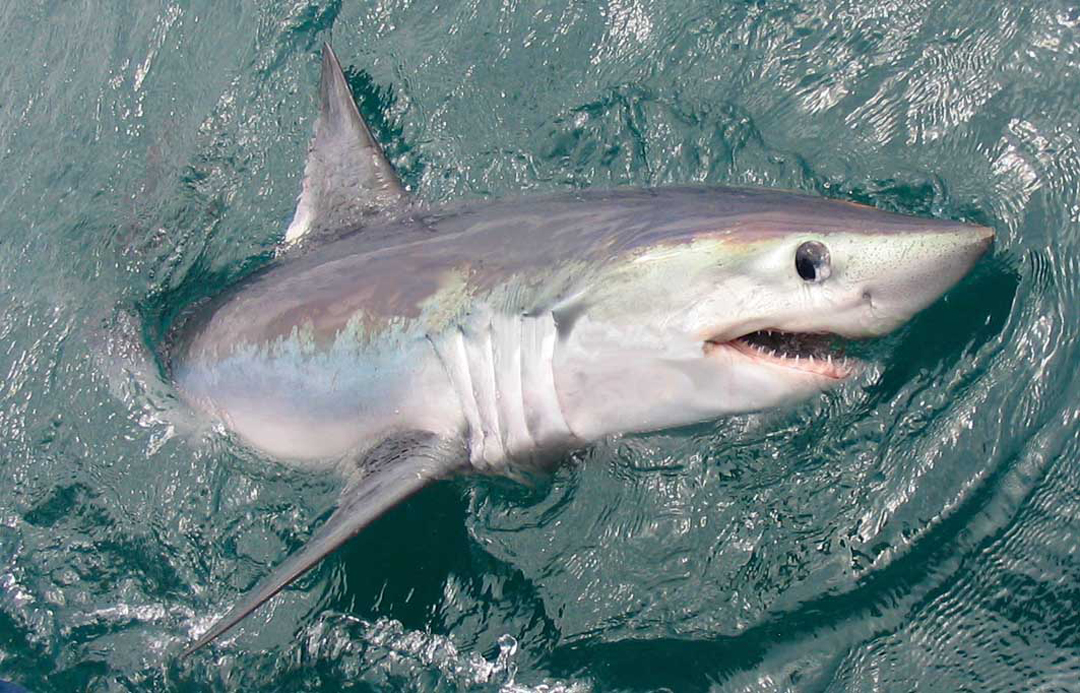 Porbeagle shark off the coast of the United Kingdom. Photo © MBA

Looking ahead to the future?

There is little ocean space left for large sharks that is free of intense, industrial fishing effort. However, we know that longline fisheries are responsible for most pelagic shark catches in the open ocean, and if this footprint could be better managed in areas important to sharks, conservation might just stand a chance. The authors write: “This study outlines shark hotspot locations where fishing effort is currently relatively low, which is where shark conservation could be maximized, while minimizing impact on fishing activity not directed at sharks”. 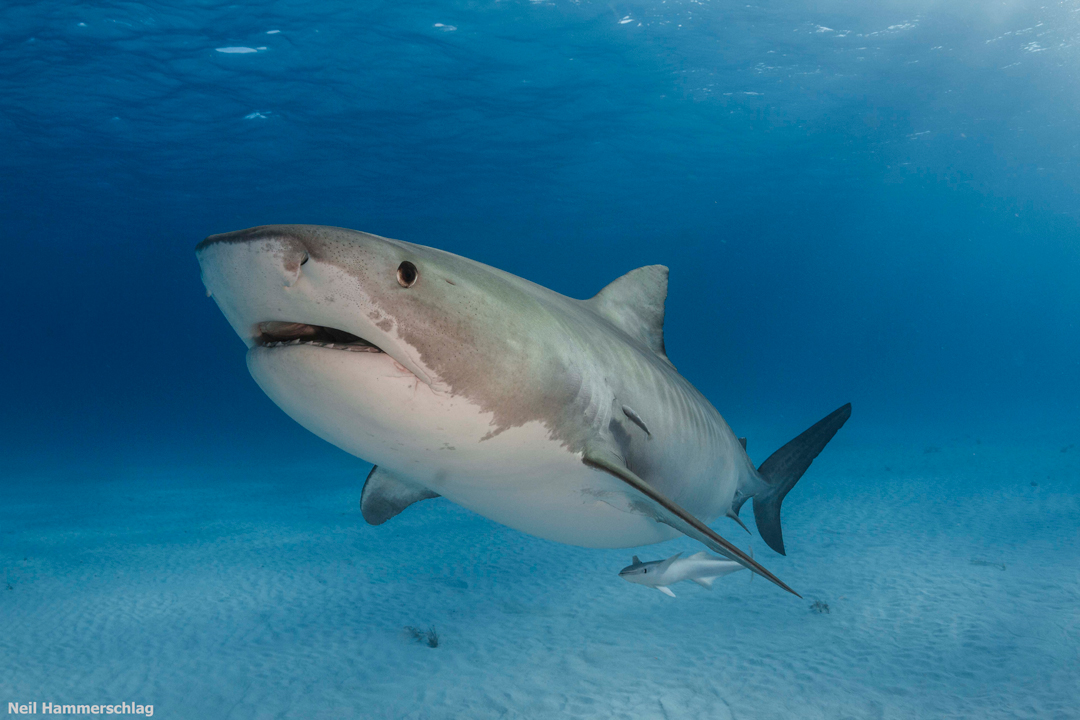 The study suggests some solutions, including:

There is also hope in this study, which demonstrates the power of collaborative science. As the paper states,

Although it would be challenging to develop a legally binding treaty for managing high seas fauna, burgeoning technology for global surveillance and enforcement now offers valuable additional options for a step change in ocean management.”

Satellites afford us the opportunity to monitor the ocean’s great nomads, their ever-changing environment, and the distribution of the fishing fleets that depend on them. 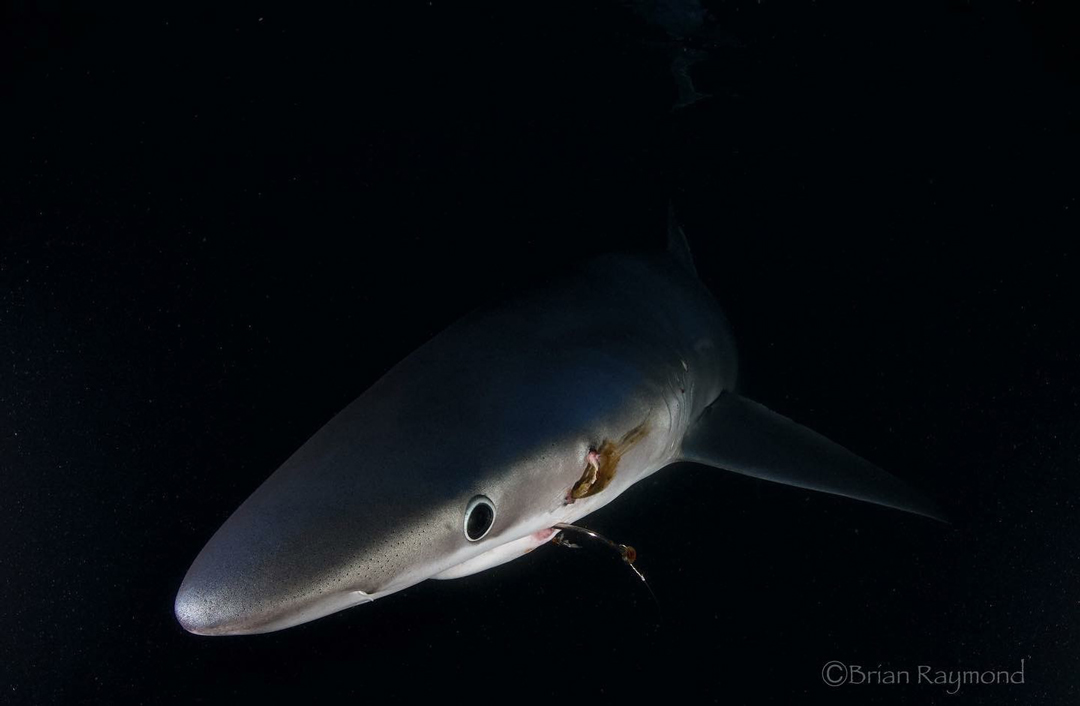